Greece pledges to prevent influx of refugees from Afghanistan 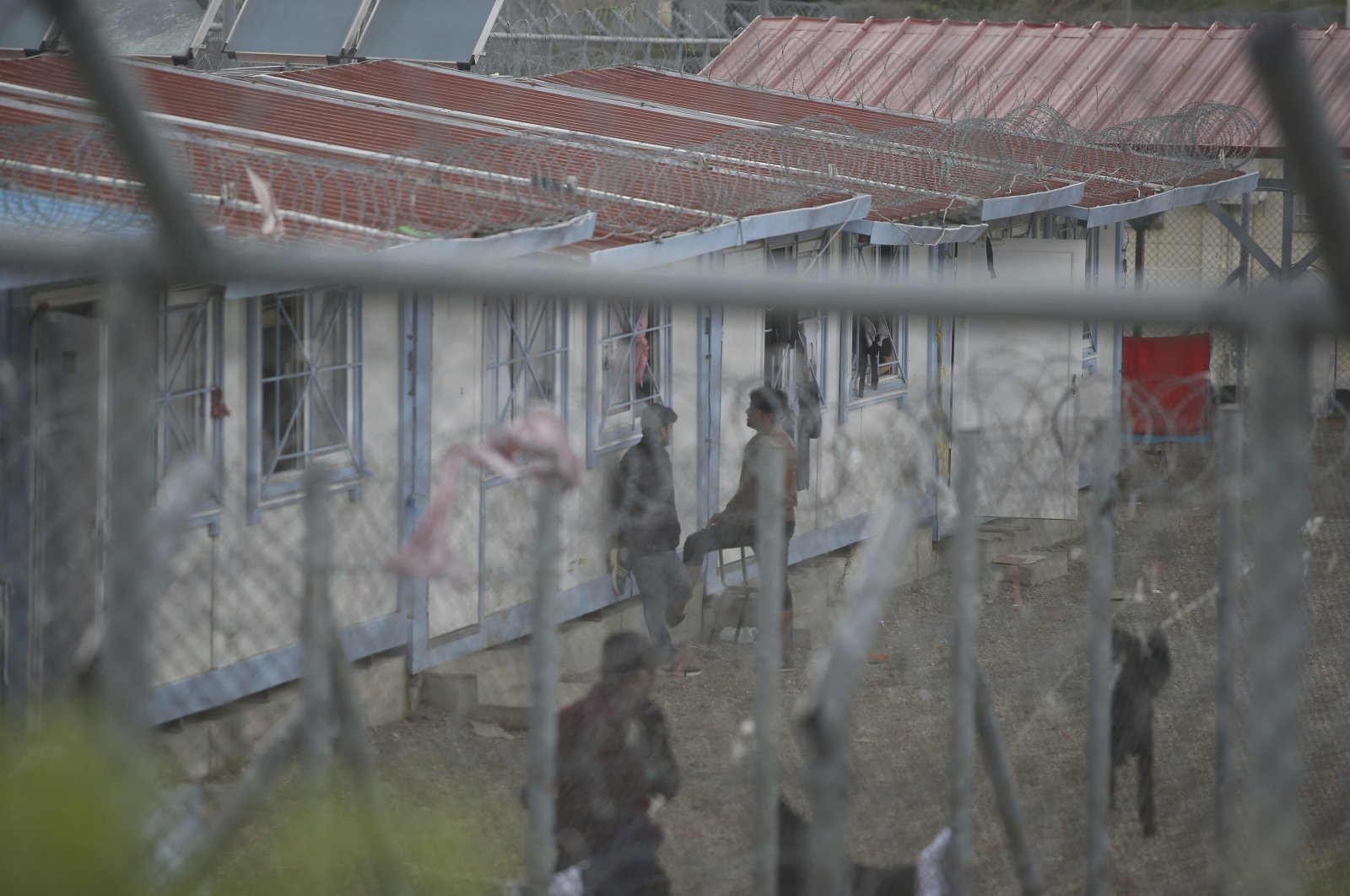 Migrants who were arrested after crossing illegally from Turkey to Greece stand behind a fence at a detention center near the village of Fylakio, at the Greek-Turkish border, Greece, May 21, 2021. (AP File Photo)
by DAILY SABAH WITH AGENCIES Aug 17, 2021 1:30 pm
RECOMMENDED

Greek Migration Minister Notis Mitarakis said his country would not allow refugees from Afghanistan to cross its borders into the European Union, in light of developments in Afghanistan.

"We do not want our country to become the gateway to the EU for people who want to head to Europe," Mitarakis said in comments carried by national broadcaster ERT.

The EU’s interior ministers are scheduled on Wednesday to discuss the new situation in Afghanistan where Taliban forces took effective control of the country on Sunday.

Mitarakis emphasized the need for a joint migration policy, adding that his country would continue to sharply monitor the sea and land borders with Turkey.

"We don’t want to see another 2015," he said, referring to Europe's refugee crisis that year when over 850,000 migrants entered Greece from Turkey. Most of them traveled on to Germany.

To prevent the arrival of irregular migrants, Greek authorities have adopted a wide range of measures, often criticized by nongovernmental organizations (NGOs). Included in the measures, border police fire bursts of deafening noise from an armored truck over the frontier into Turkey. Mounted on the vehicle, the long-range acoustic device, or “sound cannon,” is the size of a small TV set but can match the volume of a jet engine.

It is part of a vast array of physical and experimental new digital barriers being installed and tested during the quiet months of the coronavirus pandemic at the 200-kilometer (125-mile) Greek border with Turkey to stop people entering the European Union illegally.

Nearby observation towers are being fitted with long-range cameras, night vision and multiple sensors. The data will be sent to control centers to flag suspicious movement using artificial intelligence analysis.

Greece monitors its maritime and land borders with Turkey with a large number of coast guards and border police patrols, in many cases preventing migrants from reaching the Greek islands by pushing them back. Athens denies that these operations are illegal repatriations, often called pushbacks.

In a new report, the rights group described 21 incidents that involved around 1,000 people. Many had been subjected to violence before being transferred back to Turkey, Adriana Tidona, migration researcher for Europe at Amnesty, said in the report. The pushbacks, on land and at sea, sometimes involved people apprehended as far as 700 kilometers (435 miles) inside Greek territory, said Amnesty International.

Furthermore, a joint investigation by several international news outlets reported in October that Frontex, the European border and coast guard agency, had been complicit in maritime pushback operations to drive away migrants attempting to enter the EU via Greek waters. A month later, Brussels-based news outlet EUobserver revealed that Frontex exchanged letters with Greek authorities on Athens' orders to push back migrants to Turkish waters.