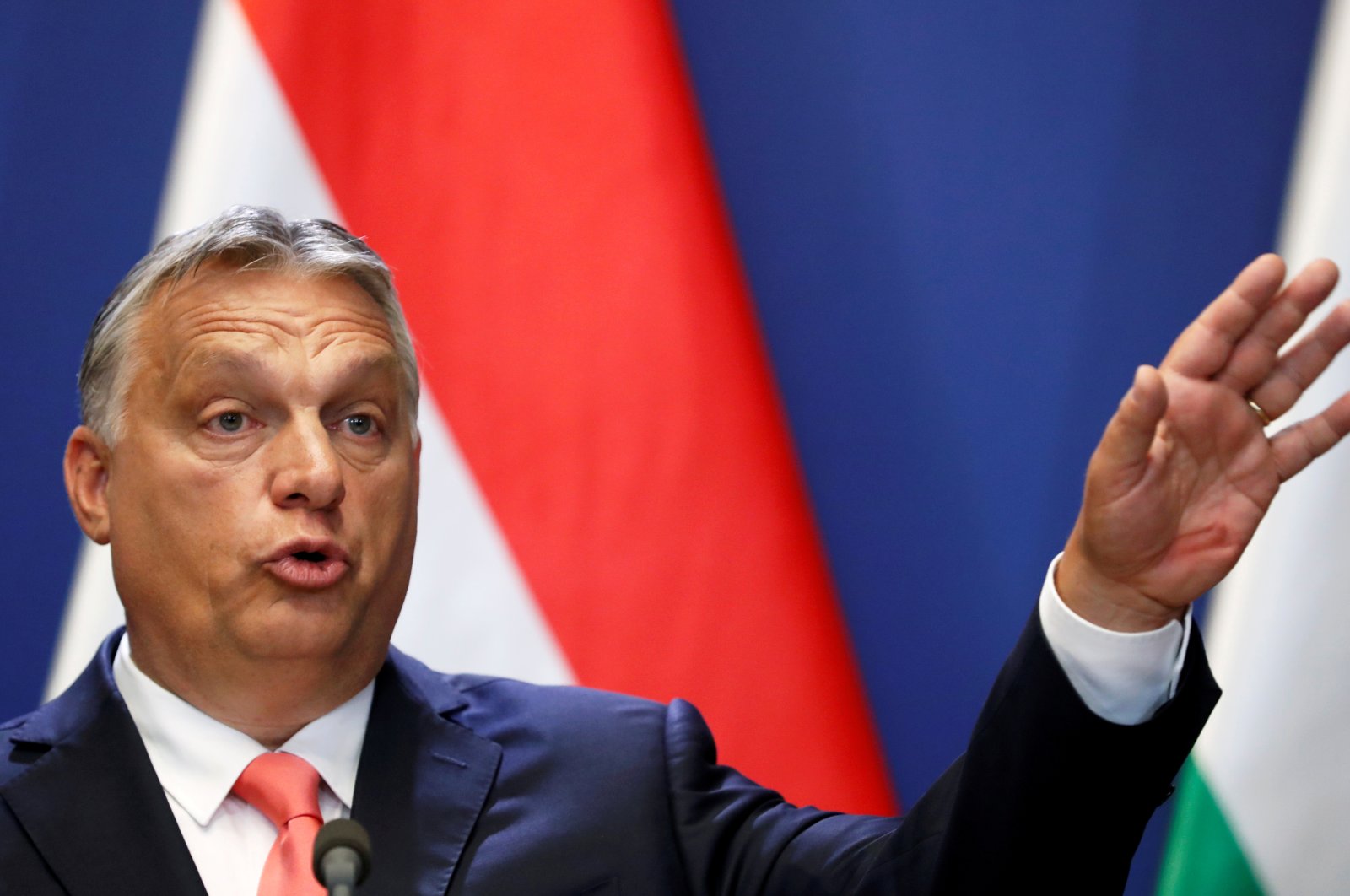 Hungarian Prime Minister Viktor Orban said on Friday the European Union's coronavirus recovery plan would be unacceptable if funding were linked to rule-of-law conditions and that Budapest could veto any deal as a last resort.

Orban, a right-wing nationalist who has accumulated unprecedented powers since winning an election a decade ago, has clashed with the EU executive for years over his perceived backsliding from democratic governance.

The EU's 27 national leaders are to meet next week for the first time in person since the COVID-19 crisis halted policy meetings in Brussels to hash out details of the next multiannual EU budget and post-pandemic recovery.

"We could veto (a final accord) because it needs to be a unanimous decision, but we would find ourselves facing off with 26 other countries. One should only do that as a last resort," Orban told Hungarian public radio.

The EU is set to spend 750 billion euros ($847 billion) on aiding economic recovery in member states hardest hit by the pandemic – money that Orban said should be distributed "fairly and flexibly.

"One thing should be carefully avoided: mixing it up with politics. That's (Hungary's) gravest condition," he said.

When a liberal Hungarian EU lawmaker asked German Chancellor Angela Merkel, now holding the EU's rotating presidency, on Wednesday whether the EU was prepared to condition recovery funding on adherence to democratic standards in Hungary, Merkel told the European Parliament she would engage with Orban.

"Defending the rule of law is important ... We are going to say things clearly when it comes to Viktor Orban," Merkel said Wednesday. "We will keep a watchful eye on what happens there."

Orban lashed back on Friday, dismissing the criticism as "liberals mouthing off ... always trying to attach their ideology to the economic matters of the EU. That's a dead end."