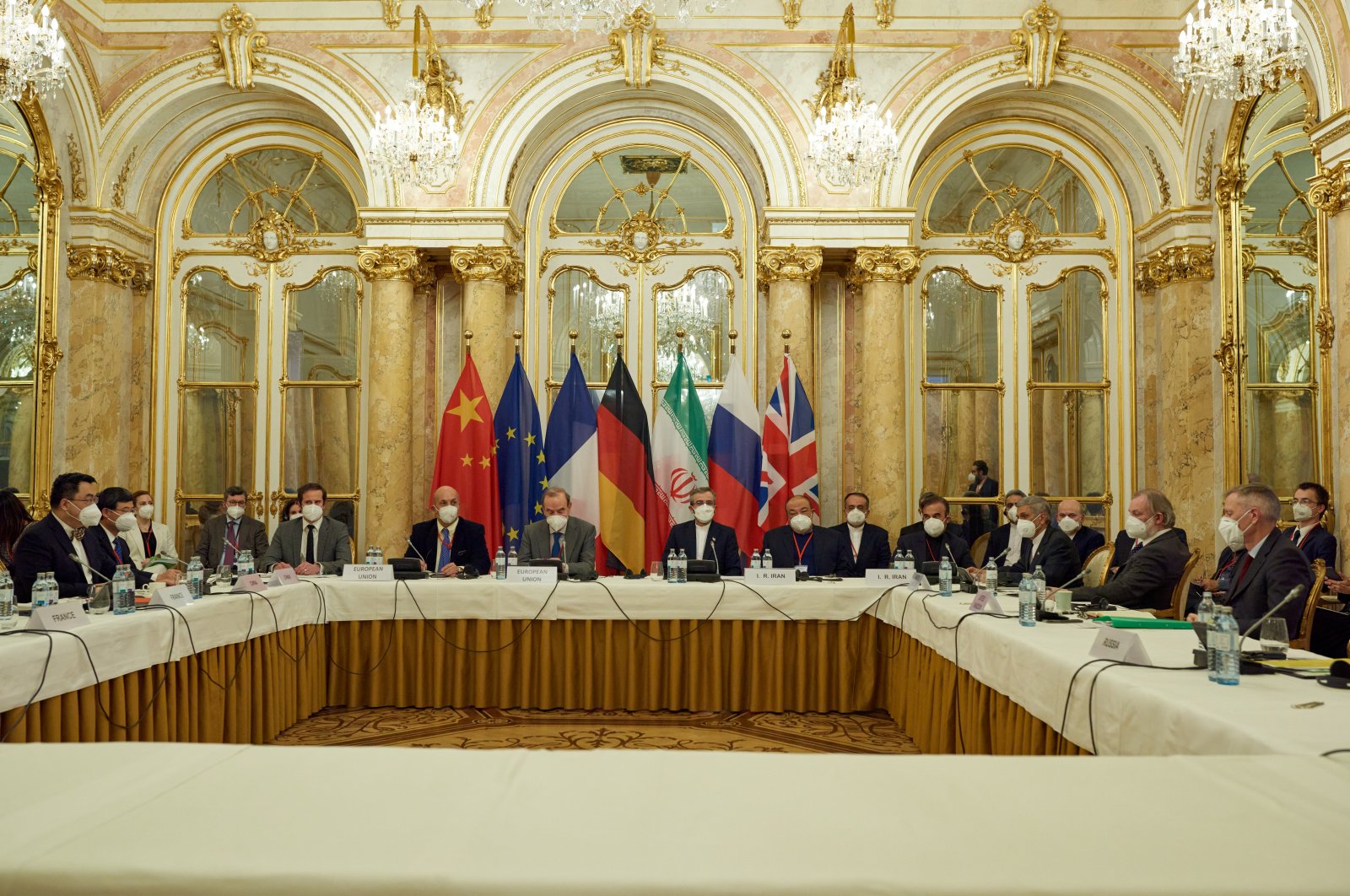 Iran has provided European powers involved in its tattered nuclear deal with drafts on sanctions removal and nuclear commitments, Iran's top nuclear negotiator said on Thursday, as world powers and Tehran try to reinstate the pact.

The announcement came on the fourth day of indirect talks between Iran and the United States on bringing both fully back into the deal. The talks resumed after a five-month hiatus prompted by the election in June of Iranian President Ebrahim Raisi.

Iranian Foreign Minister Hossein Amir-Abdollahian said in Twitter post Thursday that the deal to restart nuclear deal with world powers was “within reach if the West shows good will."

"We seek rational, sober & result-oriented dialogue," he wrote, adding that talks in Vienna proceeding with seriousness and sanctions removal as fundamental priority. "Expert talks are continuing to."

Under the 2015 pact, Tehran limited its uranium enrichment program, a potential pathway to nuclear weapons though Iran says it seeks only civilian atomic energy, in exchange for relief from U.S., European Union and United Nations economic sanctions.

But in 2018, then-U.S. President Donald Trump abandoned the deal, calling it too soft on Iran, and reimposed harsh U.S. sanctions, spurring Tehran to breach nuclear limits in the pact.

Estimating that 70-80% of a draft agreement was completed when Iran and world powers last met in June, a senior European diplomat said on Tuesday that it remained unclear if Tehran would resume talks where they left off.

While Bagheri Kani had said everything negotiated during six rounds of talks between April and June was open for discussion, a member of Iran's delegation said "elements in the previous unapproved draft that were in conflict with the nuclear deal were revised and gaps were filled" in Iran's submitted drafts.

Israel, which opposed the original 2015 pact as too limited in scope and duration, urged world powers on Thursday to halt the talks immediately. It cited a U.N. nuclear watchdog report that Tehran has begun enriching uranium with more advanced centrifuges in its Fordow plant dug into a mountain, where any enrichment had been banned under the deal.

The International Atomic Energy Agency (IAEA) said on Wednesday Iran had started the process of refining uranium to up to 20% purity with one cascade, or cluster, of 166 advanced IR-6 machines at Fordow.