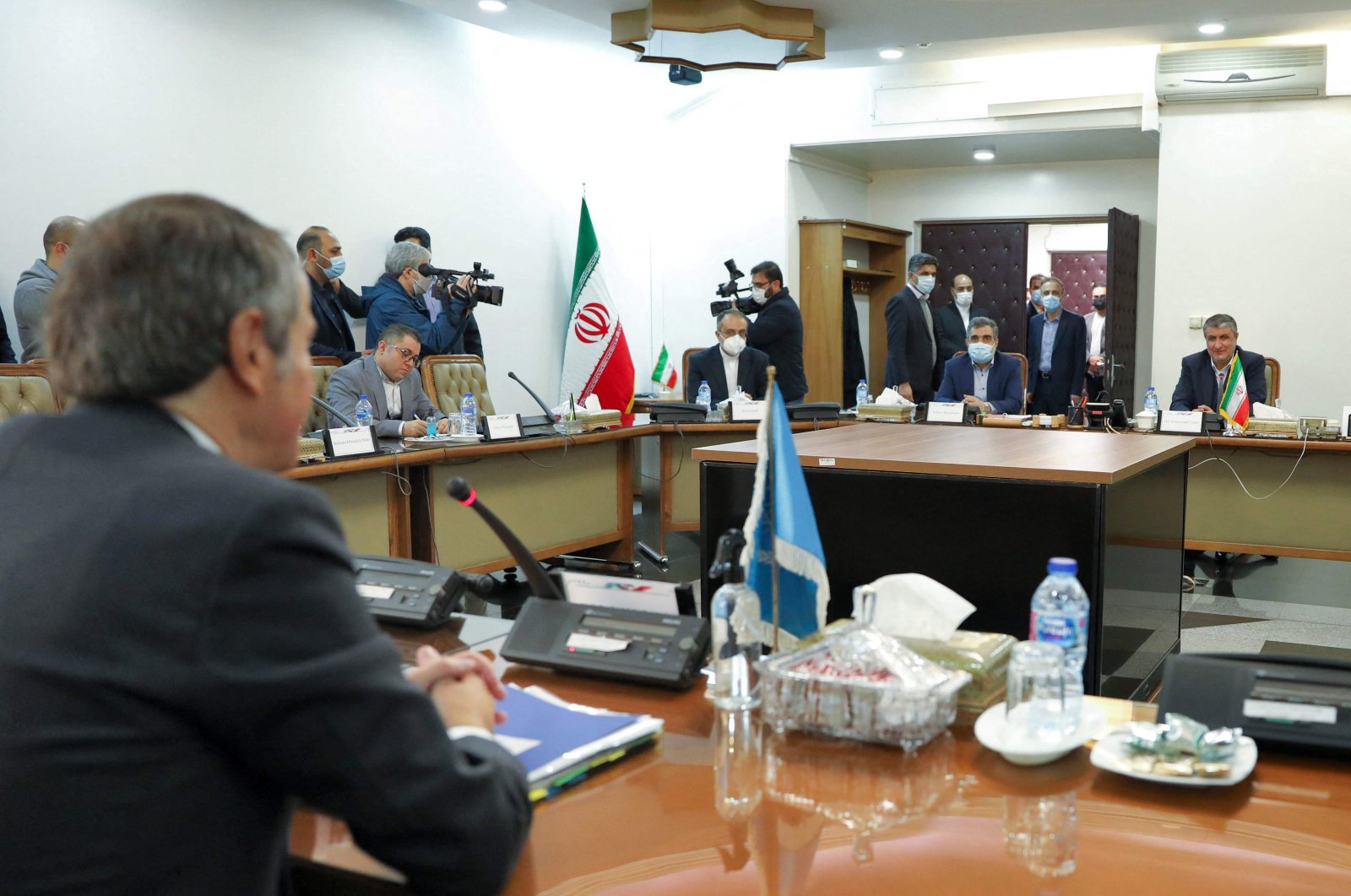 Iran has accused the U.N.'s nuclear watchdog of bowing to pressure from its Western financiers to "discriminate" against Tehran, as strains persist ahead of renewed talks to revive a 2015 nuclear deal.

"It's a reality. The IAEA (International Atomic Energy Agency) doesn't deal with Iran as it should," Behrouz Kamalvandi, spokesperson of the Atomic Energy Organization of Iran, told state television late Thursday.

He argued that organizations such as the IAEA were "under the influence of powerful countries" which "finance them and in exchange apply pressure on them."

After a mission to Tehran this week, IAEA head Rafael Grossi said his talks with Iranian officials had been "constructive" but "inconclusive."

"In terms of the substance ... we were not able to make progress," Grossi told reporters in Vienna where the IAEA is based.

Kamalvandi said the Islamic Republic was "trying to stand up for its rights and to counter the negative image that they (the international community) are trying to fabricate of us."

Western countries "say we are seeking a nuclear weapon and that we must be prevented at all costs," he said.

"The nuclear industry is an essential industry and one to which we are committed. Above all, we must not give up but instead pursue our efforts," the spokesperson was quoted as saying by Agence France-Presse (AFP).

Grossi's visit came ahead of the scheduled resumption on Monday of negotiations between Tehran and world powers aimed at reviving the nuclear deal that gave Iran sanctions relief in return for curbs on its nuclear program.

The deal has been gradually disintegrating since former United States president Donald Trump unilaterally withdrew from the accord in 2018. President Joe Biden's administration, however, says it is working to return the U.S. to the accord whose other parties are Britain, China, France, Germany and Russia.

"If the opposing sides are prepared to return to their full obligations and the lifting of sanctions, a good and even immediate agreement can be reached,” minister Amir Abdollahian said in a telephone conversation with Borrell, according to Reuters. "Iran wants a good and verifiable agreement,” Iranian media quoted Amir Abdollahian as saying.

The workshop makes components for centrifuges, machines that enrich uranium, and was hit by apparent sabotage in June in which one of four IAEA cameras there was destroyed. Iran removed the cameras and the destroyed camera's footage is missing.

However, Amir Abdollahian told Borrell that Iran would attend the Vienna talks in "good faith” – despite the U.S. violation of the 2015 agreement.