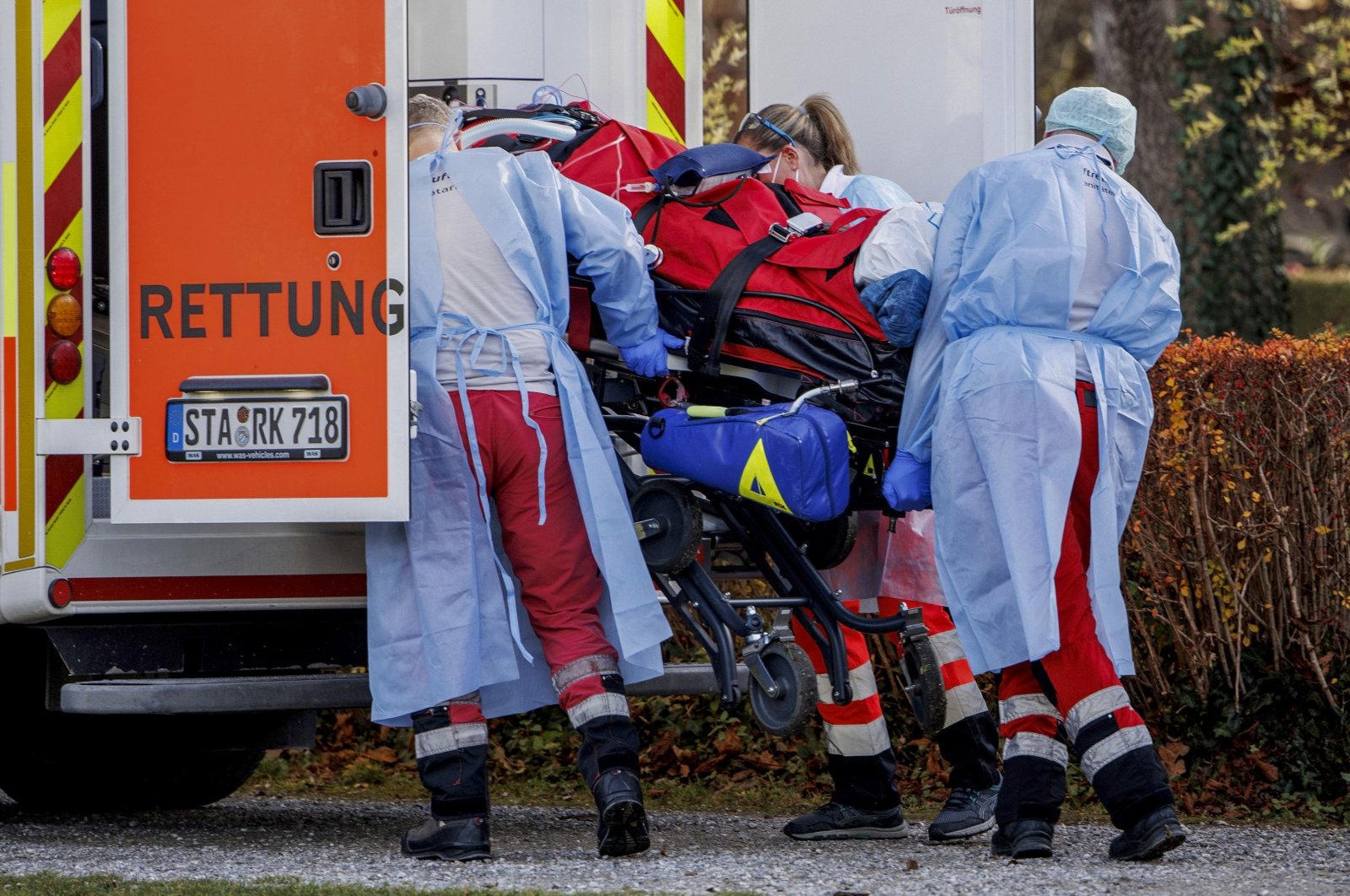 Rescue workers load a COVID-19 intensive care patient from an air rescue helicopter onto an ambulance vehicle at a sports field in Herrsching, Germany, Nov. 19, 2021. (dpa via AP)
by Agencies Nov 19, 2021 7:20 pm
RECOMMENDED

Italy's northern region of Lombardy has reached out to Germany amid its battle with a fourth wave of COVID-19 infections by offering much-needed ICU beds for German patients, the region's vice president, Letizia Moratti, announced Friday.

German hospitals are facing a dramatic emergency, with the intensive care units on the verge of collapse, Moratti wrote on Facebook.

Germany's coronavirus situation is so grave that a lockdown, including for people who have been vaccinated, cannot be ruled out, Spahn said on Friday.

Looking back at Germany's aid to Italy in spring 2020, "I consider it appropriate and our duty to offer Germany the availability to receive patients in our hospitals, to provide facilities and intensive care," Moratti said.

She had already instructed the general welfare directorate in the region to take action in this regard.

In Lombardy, only 4% of the intensive care beds were occupied on Friday, according to the national agency for the regions' medical services.

Nationwide, the occupancy rate of intensive care units was 6%. Last week, the province of South Tyrol had admitted two patients from Freising in Bavaria.

During the first coronavirus wave, intensive care units in northern Italy, especially in the city of Bergamo in Lombardy, were extremely overloaded.

Pictures of dead patients being taken out of the city in military vehicles went viral around the world. At that time, 44 Italian patients were admitted to German intensive care units.