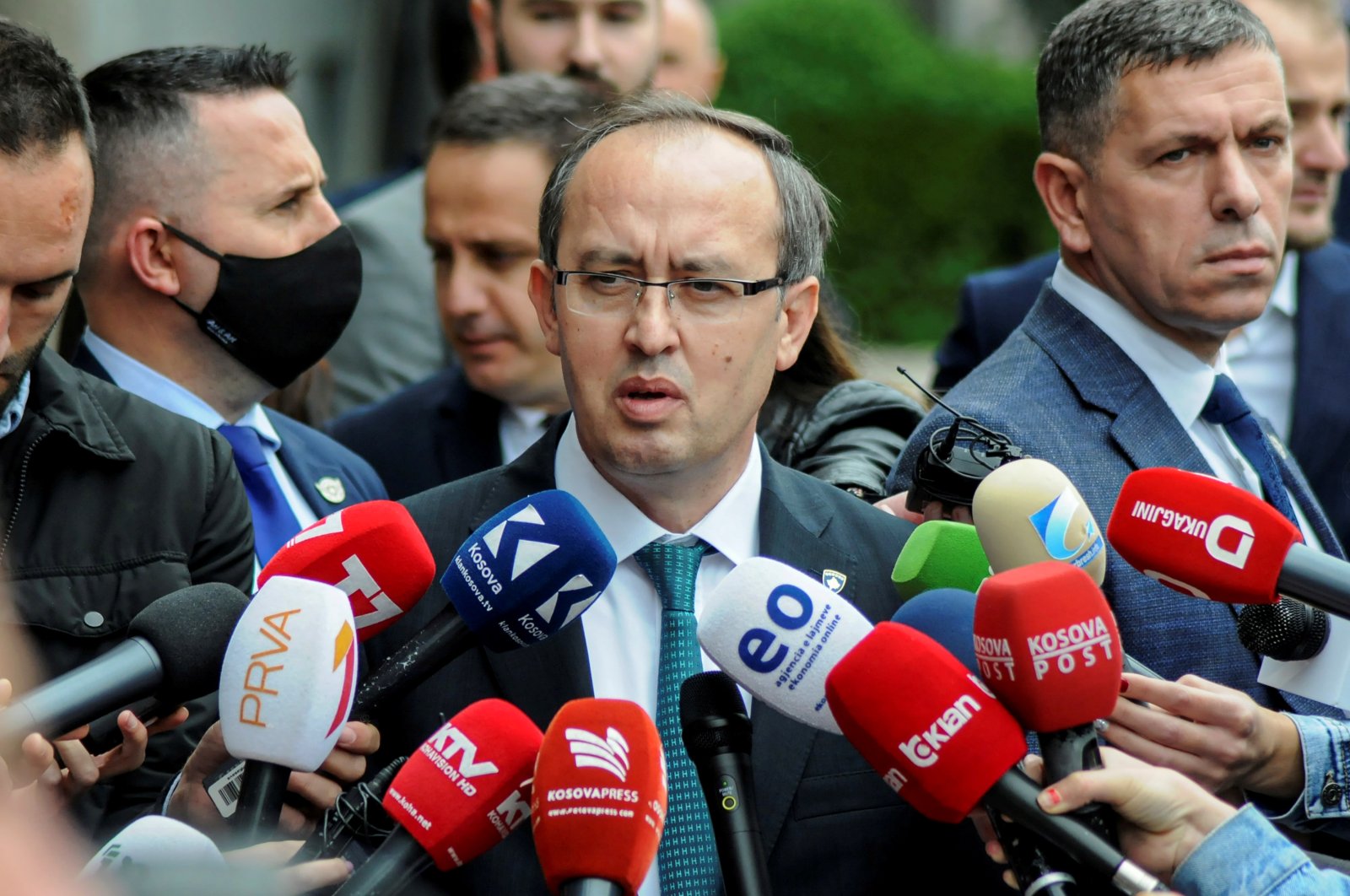 Kosovo Prime Minister Avdullah Hoti talks to members of the media outside the parliament building in Pristina, Kosovo, June 3, 2020. (Reuters Photo)
by compiled from agencies Aug 03, 2020 11:32 am

Kosovo Prime Minister Avdullah Hoti said late Sunday he had tested positive for the coronavirus and would self-isolate for the next two weeks.

"Today I did the test for the COVID-19 and tested positive," Hoti wrote on his Facebook account.

The prime minister said he had started 14 days of self-isolation, during which he would perform his duties from home.

"I have no signs (of the disease), except a very mild cough," said Hoti, who took over as prime minister in early June.

Like the rest of the Balkans region, Kosovo has reported a surge of coronavirus infections since June. It is one of the poorest countries in Europe with the most fragile medical infrastructure.

Hoti's government has faced criticism for not doing enough to curb the spread of the coronavirus.

The nation of 1.8 million people has so far registered some 249 deaths and nearly 9,000 infections.

The head of Kosovo's health sector unions Blerim Syle warned earlier this month that the country could become the Wuhan of the Balkans, a reference to the Chinese region hit hardest by the virus.