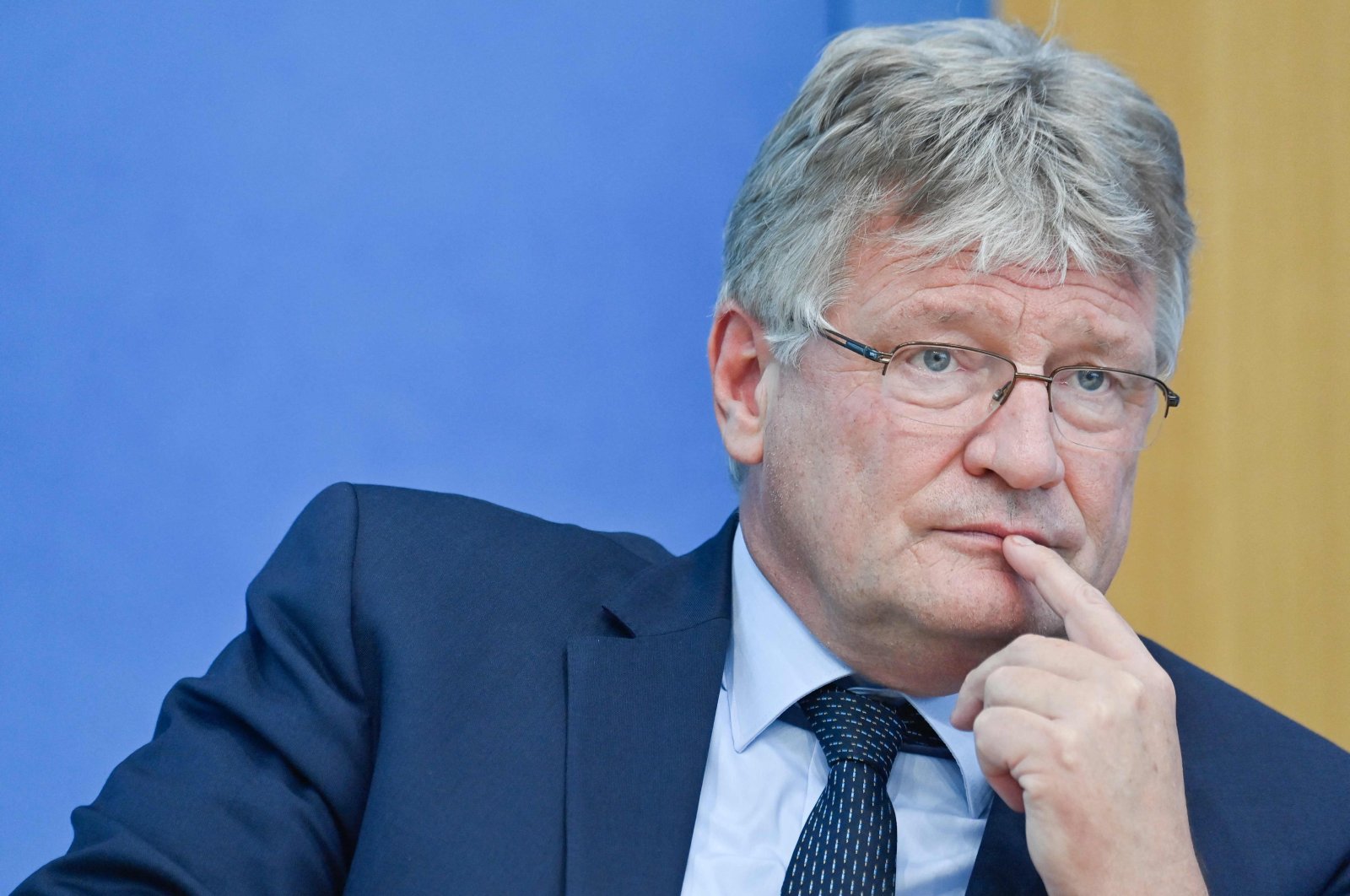 Co-leader of the far-right Alternative for Germany (AfD) party Joerg Meuthen during a press conference in Berlin, one day after general elections, Germany, Sept. 27, 2021. (AFP Photo)
by Agencies
Oct 11, 2021 4:34 pm

The long-time leader of Germany's far-right Alternative for Germany (AfD) party Joerg Meuthen said on Monday that he would not continue as head of the euroskeptic and Islamophobic party.

In a letter to AfD members, he said he had decided not to run for the top post in the new election for party executive in December, after intensive deliberations and discussions with his family. After six and a half "incredibly challenging" but also "enriching" years, Meuthen said that he would "no longer bear the role of federal spokesman" for the party.

The 60-year-old currently shares the chairmanship with Tino Chrupalla, who leads the Bundestag parliamentary group together with Alice Weidel. Meuthen has argued for a more moderate course for the nationalist AfD in the past two years.

Meuthen has been under attack from the more radical members of the AfD. During a party congress in April, a group of delegates attempted to remove Meuthen from his role as co-party leader. Meuthen sought in 2020 to dissolve the so-called "Wing," the most extreme faction within the party, ejecting one of its principal figures, Andreas Kalbitz. The anti-Islam, hard-right AfD has often courted controversy by calling for Germany to stop atoning for its World War II crimes.

The AfD was founded eight years ago on a platform of opposing the eurozone. It has since grown into a party known for its anti-Islam rhetoric and hardline stance against immigration.

At a federal party conference last year he criticized AfD members who "appear more and more disinhibited." He railed against "pubescent schoolboys," "political buffoons" and those "who are only too happy to scribble and bully."

He later described his speech as a "call to order" to the party and made it clear that he no longer wanted to be held liable by those who constantly attract attention with provocations and verbal lapses. In doing so, he has made enemies, especially among the AfD’s more radical wing led by Thuringia's AfD state leader Bjoern Hoecke.

Meuthen considers the decision taken by the majority of delegates to include the demand for Germany to leave the European Union in the AfD's program for the Bundestag elections a gross mistake. Despite the tension among senior party officials, Meuthen said on Monday that he intends to continue his political work "and use my voice audibly."

Weidel said she "respected" Meuthen’s decision not to seek re-election. "For many years he helped shape the AfD as federal leader and weathered various storms." She said she could understand that Meuthen now wanted to devote more time to his family.

The AfD will elect its new party executive at a two-day federal party conference in Wiesbaden, scheduled to start on Dec. 11. Meuthen wrote in his letter to members that he hopes they "make a prudent choice and elect sensible board members."

In the 2017 federal elections, the AfD shocked the German political establishment by coming third at 12.6%, ahead of several other mainstream political parties.

In the election held last month, it came in at 10.3% of the vote. The anti-immigration, populist party will not be involved in coalition negotiations as no other parties will agree to work with them.