Lithuania declares emergency due to migration from Belarus 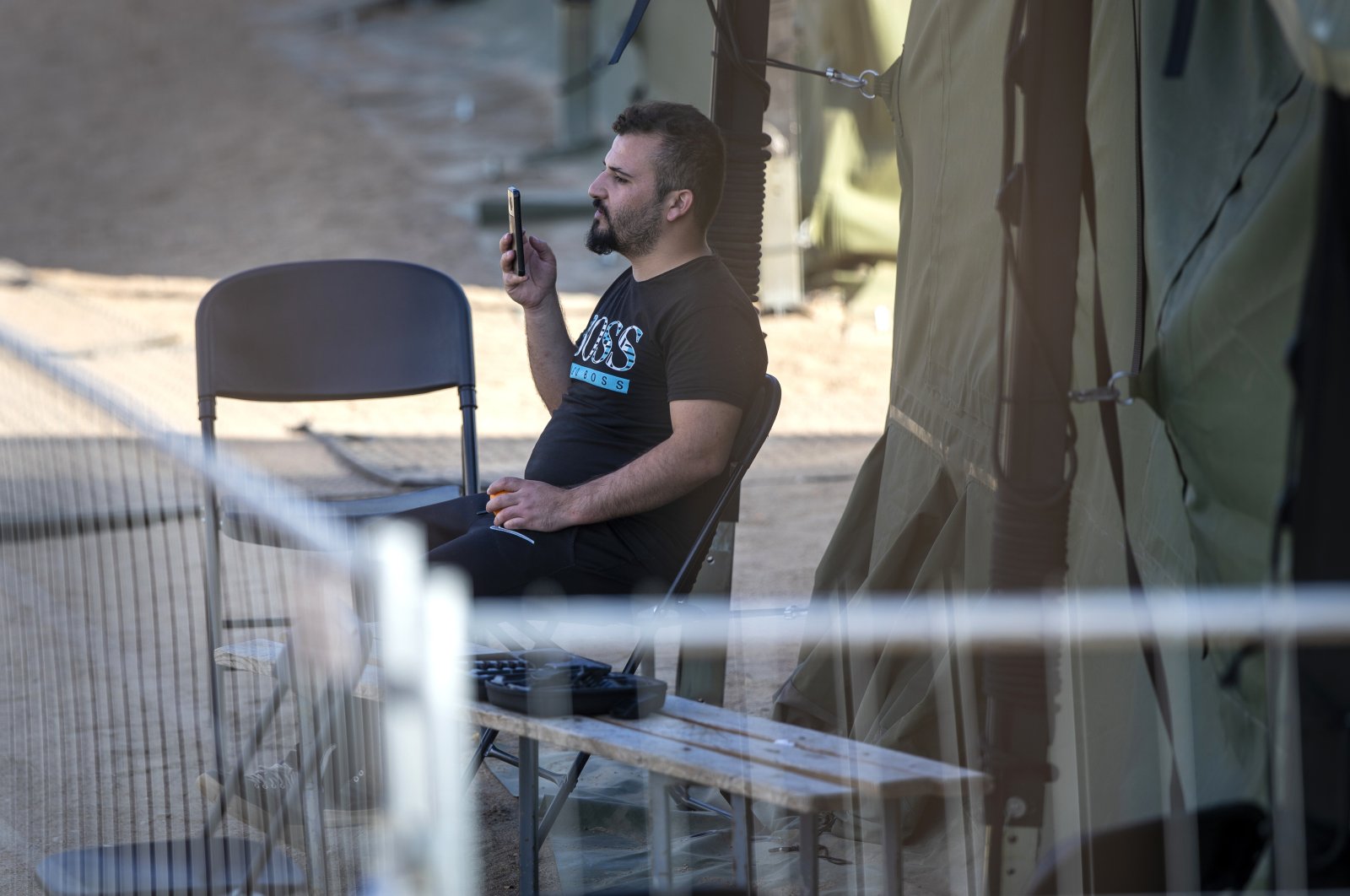 A migrant uses a mobile phone as he sits outside a tent at the newly built refugee camp in the town of Pabrade, some 40 kilometers (24.8 miles) northeast from Vilnius, Lithuania, July 3, 2021. (AP Photo)
by ASSOCIATED PRESS Jul 03, 2021 10:03 pm
RECOMMENDED

While tensions between the European Union and Belarus escalate, a state of emergency was declared in Lithuania due to an influx of migrants in the last few days from neighboring Belarus.

Lithuania's Interior Minister Agle Bilotaite said late Friday that the decision, proposed by the State Border Guard Service, was necessary not because of an increased threat to the country of 2.8 million people but to put a more robust system into place to handle migrants coming in.

"It’s very important to have a legal system and instruments ... to be able to swiftly make decisions in response to arising challenges,” Bilotaite said during a government meeting Friday evening, according to the Baltic News Service.

Belarus’ authoritarian President Alexander Lukashenko has warned that his country would retaliate against the latest EU sanctions on his regime by loosening border controls for undocumented migrants. The bloc tightened sanctions against Belarus after Lukashenko's government forced a passenger plane to divert and land and arrested a prominent journalist on the flight.

Prime Minister Ingrida Simonyte’s Cabinet declared the emergency after border officials reported Friday that they had detained about 150 illegal migrants in the last day who had crossed over from Belarus, with whom Lithuania shares a 679-kilometer (422-mile) border.

That number of detained migrants at the Belarus border is three times higher than the previous daily record, Lithuanian officials said. CCTV footage released by the Lithuanian border guard showed migrants jumping over a fence separating Belarus and Lithuania and either crawling, walking or running to the Lithuanian side.

According to the Baltic News Service, most of the migrants have already sought asylum in Lithuania and include citizens of Afghanistan, Cameroon, Iraq and Syria. Lithuania has set up tent camps to accommodate the growing number of migrants.

Mantas Adomenas, Lithuania’s vice minister for foreign affairs, said the main problem was identifying migrants who arrive with no documents.

"We’re now talking about how to identify them, give them documents so that economic migrants can be returned to their country of origin,” Adomenas told broadcaster LNK Lithuania.

A total of 822 migrants crossing in from Belarus have been detained in Lithuania so far this year, up from 81 in 2020, the Baltic News Service said.

European Commission President Ursula von der Leyen paid a visit to Vilnius, Lithuania’s capital, on Friday, and vowed to help the country, a former Soviet republic, cope with the influx of migrants.

"Your worries and your problems here in Lithuania are European worries and problems,” von der Layen said in a joint news conference with Simonyte and Lithuanian President Gitanas Nauseda. "We really stand by your side in this difficult time.”

Von der Layen pledged assistance from Frontex, EU’s border and coast guard agency, which said Thursday that it would deploy border guard teams not only to Lithuania but also to Latvia, a Baltic neighbor that also shares a border with Belarus.

On Monday, Belarus’ foreign ministry announced that the government would suspend an agreement with Brussels intended to stem illegal migration into the EU.