Lithuania to turn away migrants attempting to enter from Belarus 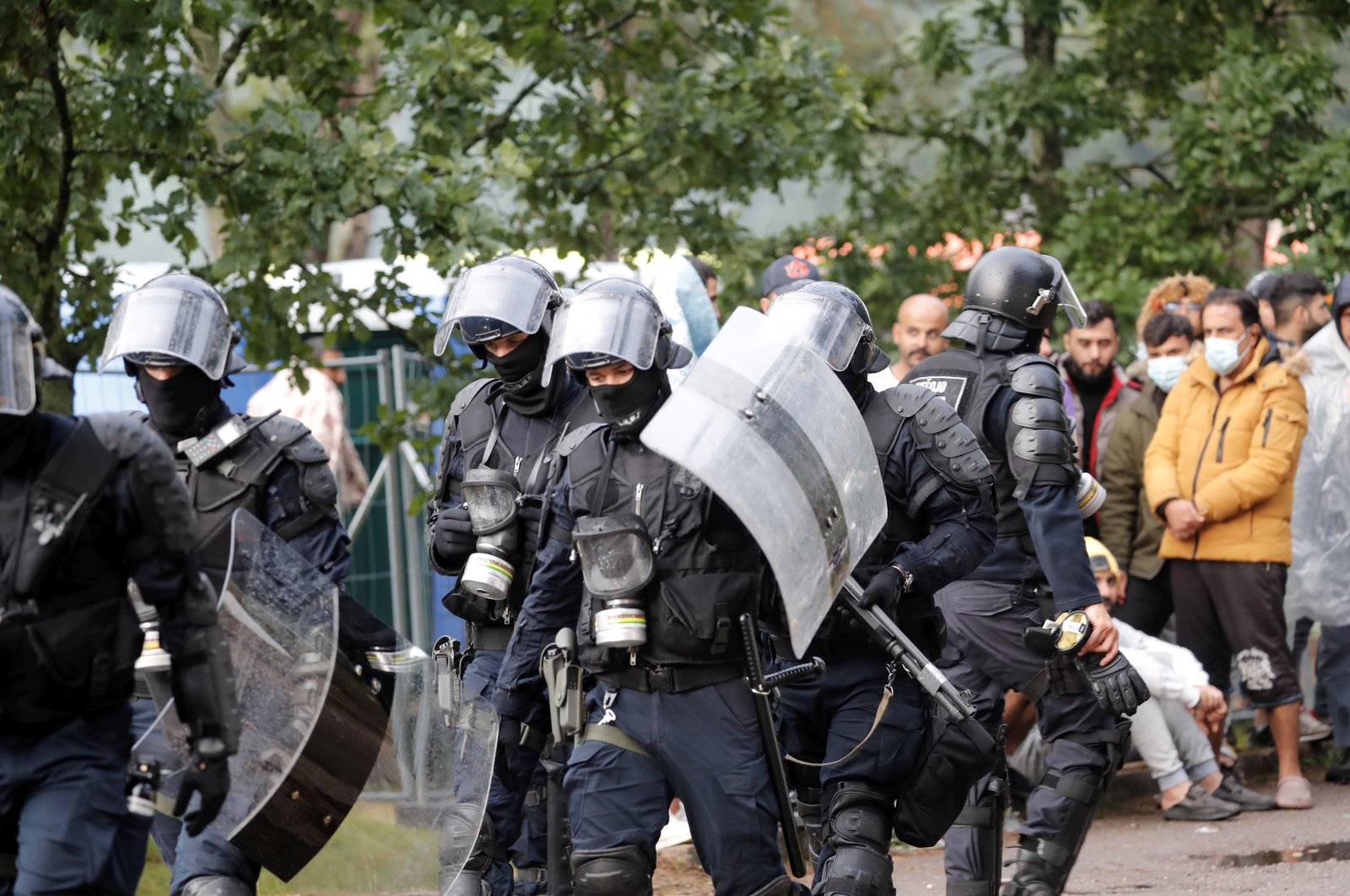 Lithuanian border guards were ordered to turn away any migrants attempting to cross the frontier with Belarus amid a surge in arrivals.

Lithuania says the migrant influx in the past months is an act of retaliation by Belarus’ authoritarian President Alexander Lukashenko to increased sanctions by the European Union toward his country over an air piracy incident. The Interior Ministry distributed a video shot from a helicopter as proof that large groups of immigrants were being escorted to Lithuania's EU border by vehicles belonging to Belarus border guards.

Lithuania’s Interior Ministry said Tuesday that at least three large migrant groups were stopped in thick woods in the border between the two countries, and Lithuanian border guards ordered them to return back to Belarus.

"First of all, (Lithuanian border) officers tell them (migrants) that they are lost; that they have arrived in the beautiful country of Belarus and got the wrong way while enjoying its nature but now they must continue the tourist track back into that country,” Vice Interior Minister Arnoldas Abramavicius told reporters.

If that method proves unsuccessful, he said Lithuania has reserved the right to use force to keep the migrants away but “the use of force depends on circumstances.”

“It can not be ruled out that (border guard) officers will face aggression” from migrants, Abramavicius said, adding the measures were necessary to stop illegal border crossings. “Lithuania cannot accept this influx, which grows day by day.”

Some 4,026 migrants, most of them from Iraq, have crossed from Belarus into Lithuania, a EU and NATO nation of slightly less than 3 million, this year. Lithuanian officials turned away 180 migrants attempting to enter the country on Tuesday.

Lithuania officials estimate that more than 10,000 more migrants might try to arrive this year as the number of direct flights from Iraq to the Belarus capital of Minsk tripled in August. The country has no physical barriers for its almost 679 kilometer (420-mile) long border with Belarus.

Lithuania wants to build a physical barrier with Belarus, which it estimates will cost more than 100 million euros ($119 million) but EU funding is not usually permitted to finance border barriers.

Some Lithuanian politicians, meanwhile, urged the government to still respect the migrants' rights.

Tomas Vytautas Raskevicius, the head of the parliamentary human rights committee, said he saw the measures taken by Lithuanian authorities as “necessary” but acknowledged that the migrant situation "is sensitive from the point of view of human rights, and that should be assessed.”

Raskevicius, a member of the liberal Freedom Party, said attention should be paid in particular to women who migrate with children.