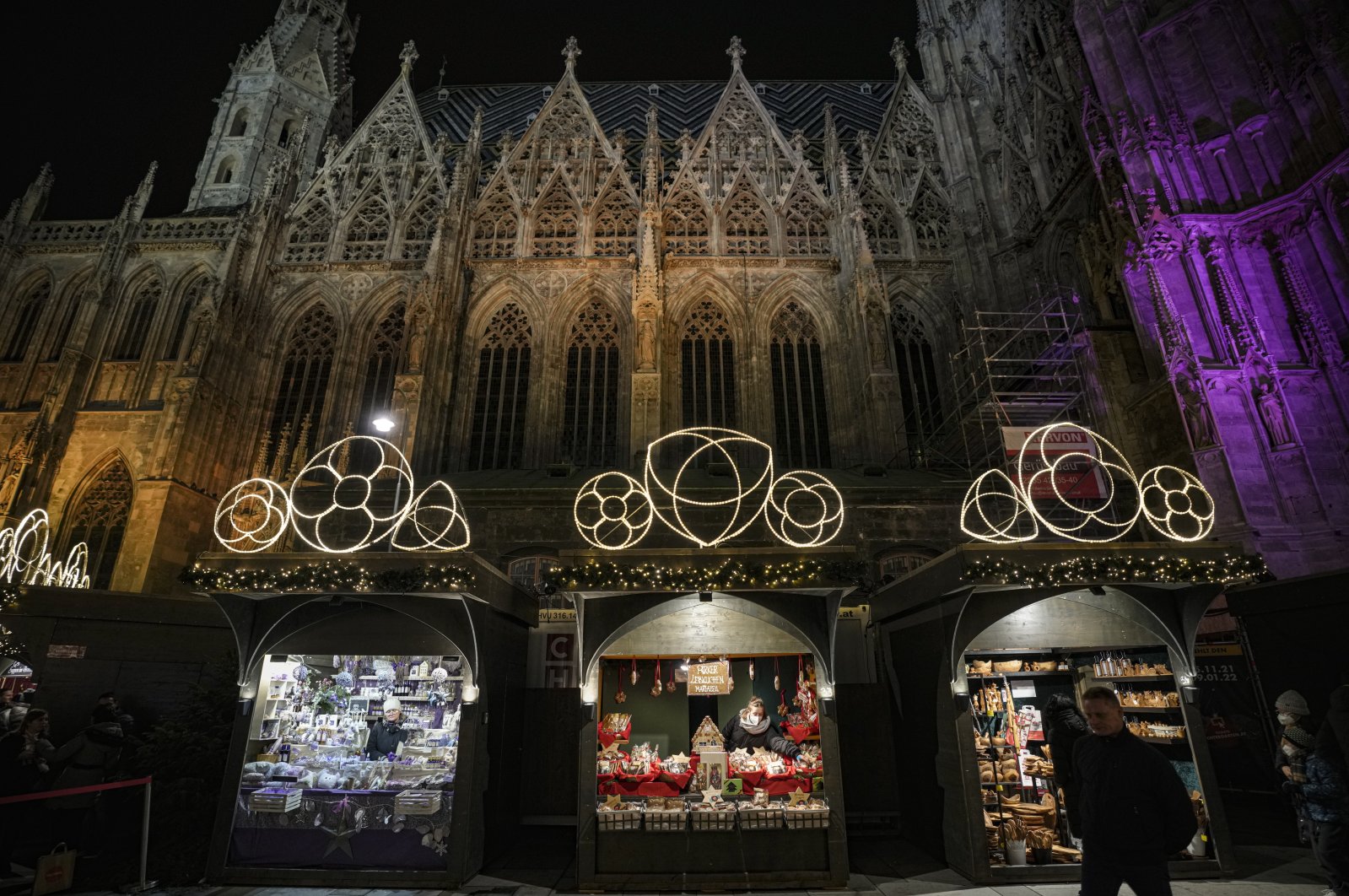 On the eve of a nationwide coronavirus lockdown, Austrians enjoyed fleeting moments of holiday cheer at coffeehouses and Christmas markets Sunday.

The measures, which take effect early Monday, are expected to last for a maximum of 20 days but will be reevaluated after 10. They require people to stay home apart from basic reasons like getting groceries, going to the doctor and exercising. Restaurants and most shops will close, and larger events will be canceled. Schools and day care centers will remain open, but parents are encouraged to keep their children at home.

Austria hopes to lift the measures on Dec. 13 but may keep a further lockdown on the unvaccinated.

Chancellor Alexander Schallenberg also announced Friday that Austria will introduce a vaccine mandate as of Feb. 1. The details of how the mandate will work aren't yet clear.

With the lockdown looming, Christmas markets across central Vienna were packed with people eager to buy gifts and enjoy one last round of warm drinks and food. At the Freyung Christmas market in Vienna, Alexandra Ljesevic and her sister Anna sipped mulled wine and punch amid wooden stands and under sparkling holiday lights.

The sisters said they feel luckier than most, since their jobs won’t be affected by the lockdown. But they’re not optimistic that things will reopen on Dec. 13.

“It would be weird if in 20 days they said, ‘Okay, for vaccinated people, you’re free to go,’ if the hospitals are still overwhelmed,” said Anna Ljesevic. “That’s the only reason why we even need the lockdown.”

Across the market, Maria Fernanda Monasterio enjoyed a hot chocolate and lamented that the market was shutting down. She has come nearly daily to enjoy the atmosphere before the stalls closed.

“This is for me the most beautiful time of the year here in Vienna,” she said. “I was really looking forward to it.”

In an interview Sunday in the newspaper Kurier, Schallenberg said it’s “sad” that the Austrian government had to resort to a mandate in order to ensure that enough people get vaccinated. Just under 66% of Austria’s 8.9 million people are fully vaccinated, one of the lowest rates in Western Europe.

On Saturday, Austria reported 15,297 new infections, after a week in which daily cases topped 10,000. Hospitals, especially those in the hardest hit regions of Salzburg and Upper Austria, are overwhelmed as the number of coronavirus patients rises in intensive care units.

Of the impending lockdown, Schallenberg said he and other officials had hoped this summer that such restrictions would no longer be necessary, and that it was a tough decision to impose a new lockdown that affected vaccinated people.

“That people’s freedoms need to be restricted again is, believe me, also difficult for me to bear,” he said.

The new measures, especially the vaccine mandate, have been met with fierce opposition among some. A Saturday protest in the capital city of Vienna drew 40,000 people, according to police, including members of far-right parties and groups.

An “extremely diverse group of people” took part in the protests, Nehammer said, according to the Austrian Press Agency (APA). They included concerned citizens but also right-wing extremists and known neo-Nazis, he said.

The lockdown is the latest and strictest measure Austrian officials have introduced to combat a fourth surge of infections and deaths.

Nehammer said Sunday that police performed 150,000 checks on compliance with the new rules in just one week, according to APA.

At the Christmas market on Vienna's iconic Rathausplatz square, Rene Schlosser and Silvia Weidenauer sipped mulled wine from heart-shaped red mugs. They came for the day from their home in Austria’s Waldviertel region to get a glimpse of the markets before everything shuts down.

“You have to accept it,” Weidenauer said of the lockdown. “There’s no other option. All you can do is hope that these days when everything is closed actually have an effect."