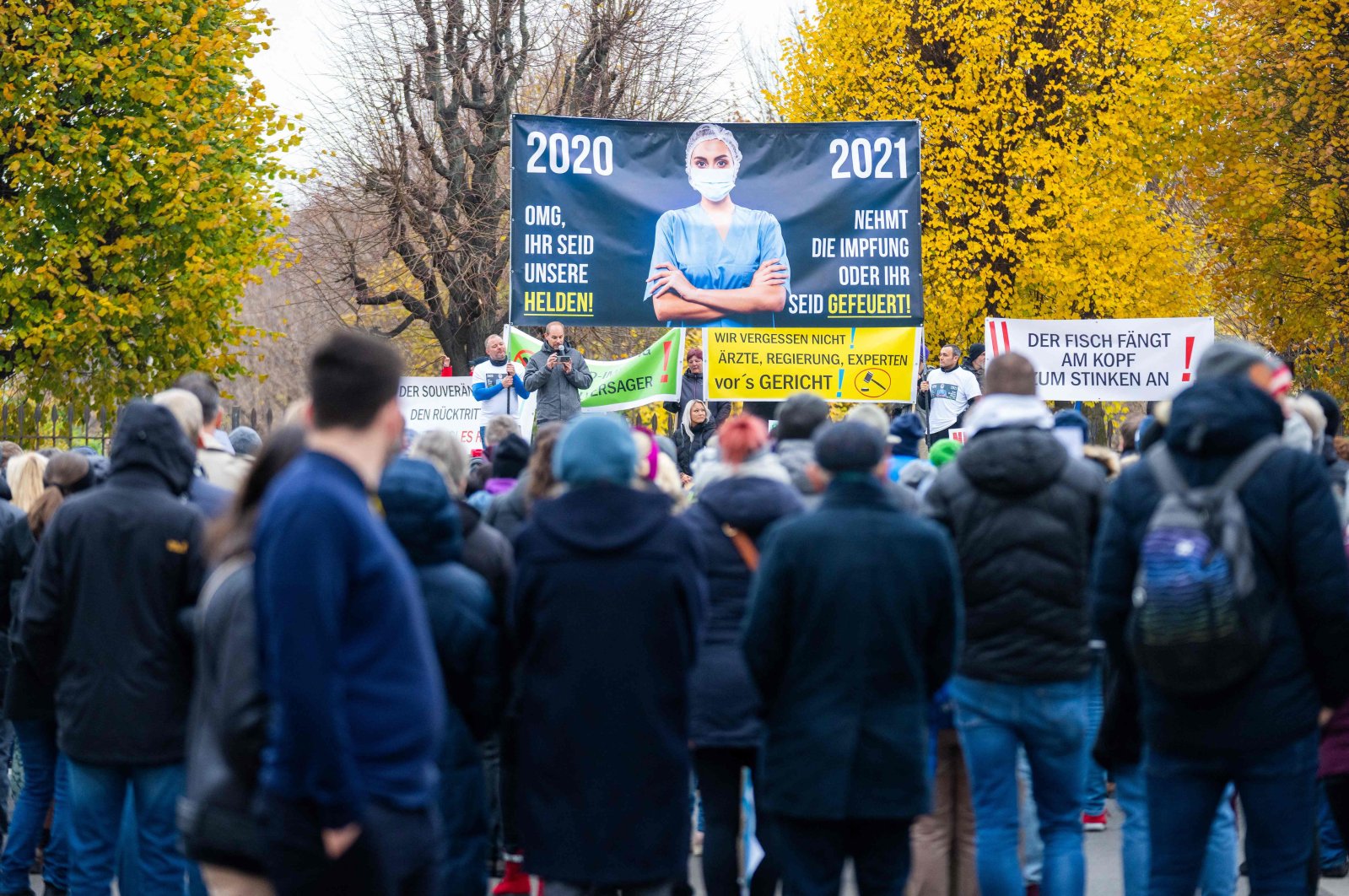 People take part in a protest of anti-vaccination activists after a coronavirus crisis summit held by the government in Vienna, Austria, Nov. 14, 2021. (AFP Photo)
by REUTERS Nov 14, 2021 3:40 pm
RECOMMENDED

Not vaccinated? Tough luck! Austria orders a lockdown starting Monday for millions of citizens that aren't fully vaccinated to deal with a surge in infections to record levels, Chancellor Alexander Schallenberg said on Sunday.

Europe has become the epicenter of the COVID-19 pandemic again, prompting some governments to consider re-imposing unpopular lockdowns.

Roughly 65% of Austria's population is fully vaccinated against COVID-19, which is one of the lowest rates in western Europe. Many Austrians are skeptical about vaccines, a view encouraged by the far-right Freedom Party, the third biggest in parliament.

While The Netherlands is dealing with its surge in infections by imposing a partial lockdown that applies to all, Austria's conservative-led government says it wants to avoid imposing further restrictions on those who are fully vaccinated.

"We must raise the vaccination rate. It is shamefully low," Schallenberg told a news conference announcing the new measure after a video call with the governors of Austria's nine provinces.

Those aged 12 and under will be exempt from the lockdown, under which the unvaccinated can only leave their homes for a limited number of reasons like going to work or shopping for essentials, Health Minister Wolfgang Mueckstein told the news conference, adding that it would initially last 10 days.

Many officials, including within Schallenberg's conservative party and the police, have expressed doubts that such a lockdown can be properly enforced since it applies to only part of the population. Schallenberg and Interior Minister Karl Nehammer said, however, that there will be thorough checks by the police.