Lukashenko agrees with Germany to hold talks over migrants 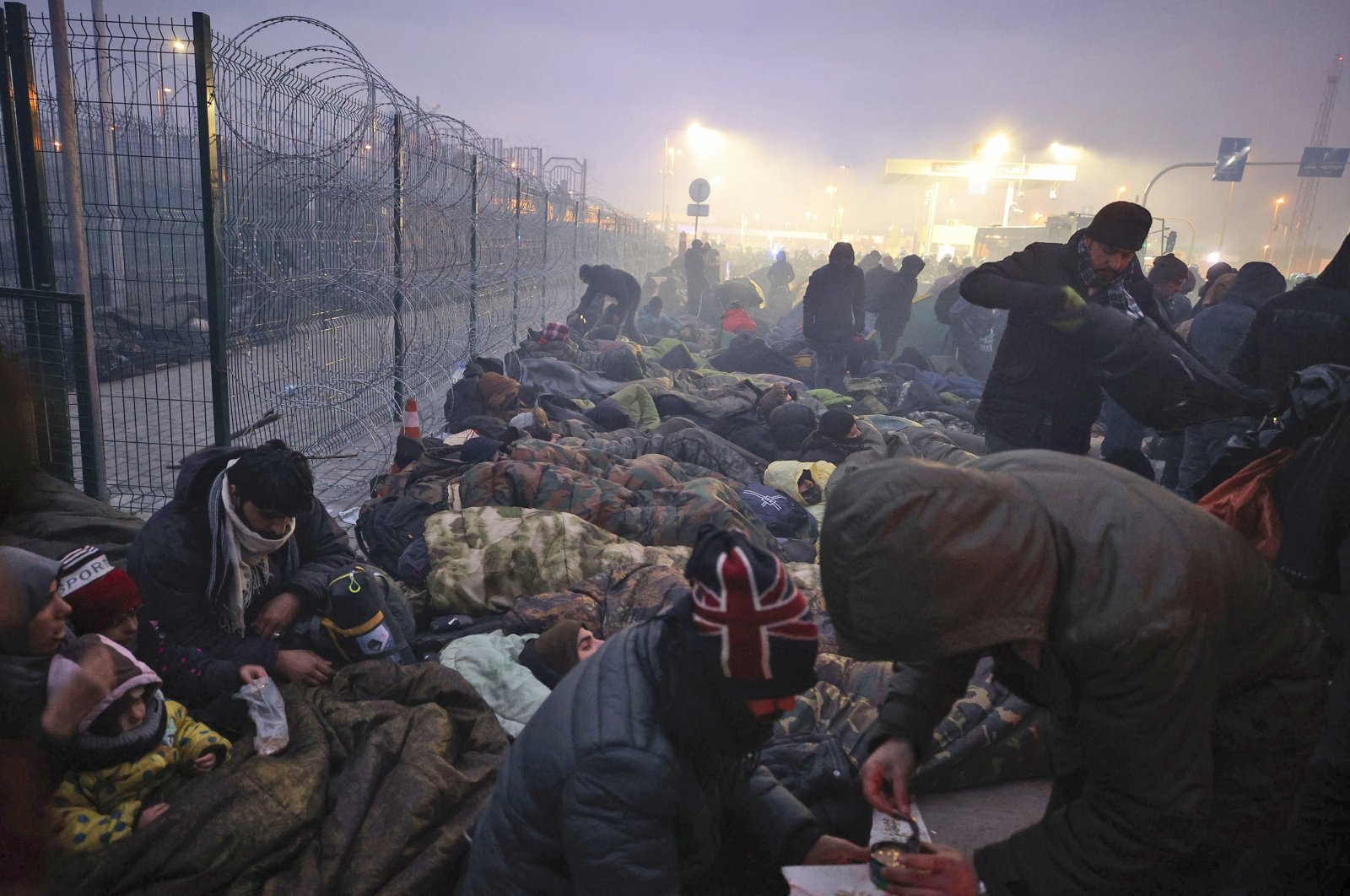 Migrants from the Middle East and elsewhere gather at the checkpoint "Kuznitsa" at the Belarus-Poland border near Grodno, Belarus, Nov. 15, 2021. (AP Photo)
by agencies Nov 17, 2021 7:55 pm
RECOMMENDED

The President of Belarus Alexander Lukashenko has agreed with outgoing German Chancellor Angela Merkel to hold talks with the European Union over the migration crisis on its borders, his office said Wednesday.

The announcement came following a second call this week between Merkel and the Belarusian strongman, who is accused by Brussels of provoking a migrant crisis on the border with Poland.

"Chancellor Merkel spoke again with Mr. Lukashenko," her spokesperson wrote on Twitter. "She stressed the need, with the support of the United Nations High Commissioner for Refugees (UNHCR), the International Organisation for Migration (IOM) and the cooperation of the European Commission, to provide humanitarian aid and repatriation facilities to the affected people."

As in the statement following Monday's phone call, spokesperson Steffen Seibert made no reference to Lukashenko being Belarus' president, referring to him purely as "Mr. Lukashenko."

Belarus said the pair had come to "an understanding" in the call. There was no initial confirmation from the German side of the apparent agreement.

Lukashenko – often referred to a "Europe's last dictator" – is not recognized by any EU country as the legitimate leader of Belarus, following a disputed election in August 2020 and a crackdown on dissent.

Merkel and Lukashenko's first telephone conversation on Monday, which lasted about 50 minutes, had already provoked criticism from inside and outside Germany.

In remarks to public broadcaster TVP, he said the conversation was "in a way, acceptance of his election."

Poland's deputy premier, Jaroslaw Kaczynski, was broader in his criticism, saying "internationalization" of the border issue was necessary, "but not in such a way that people talk over our heads."

Within Germany, the foreign policy spokesperson for the Green Party, Omid Nouripour, described the talks as "devastating."

Merkel's spokesperson was forced to defend the call on Wednesday.

"She made this phone call in close coordination with the European Commission and after contacting important partners, especially in the region," Seibert said in Berlin.

"In order to improve this concerning humanitarian situation for thousands of people, it makes sense to talk to those who have the means to change the situation in Minsk – even if it involves a ruler whose legitimacy Germany, like all other European member states, does not recognize," he said.

Thousands of migrants have been stranded on Belarus' border with EU member state Poland, creating a humanitarian crisis at the bloc's eastern frontier.

Brussels accuses Lukashenko of luring desperate people from troubled Middle Eastern countries to Belarus and then transporting them to the border, where they have been left stranded in freezing conditions with little food and shelter.

Brussels says the migrants are being used as pawns, part of a "hybrid attack" to antagonize the EU.