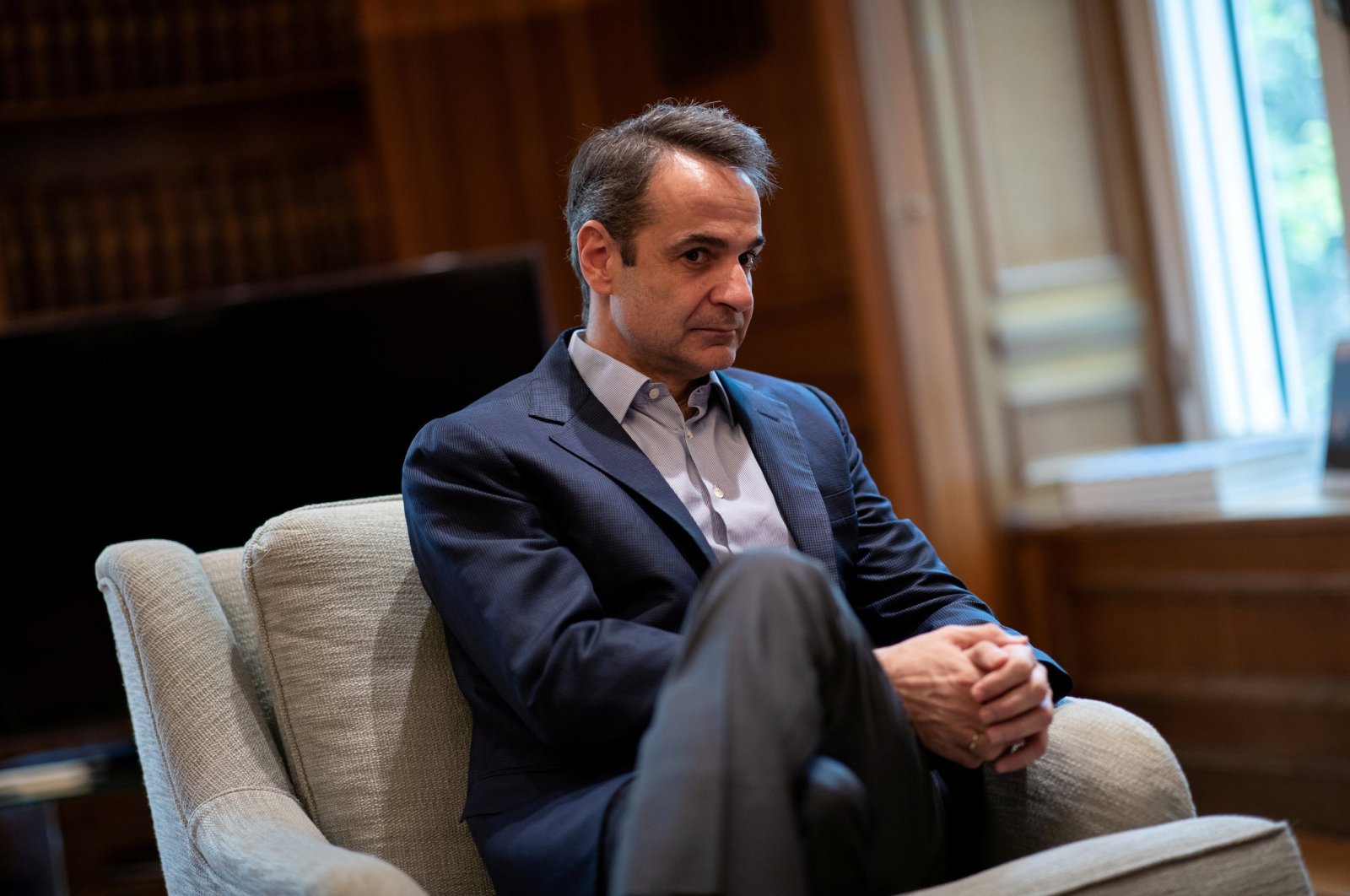 Greek Prime Minister Kyriakos Mitsotakis looks on before his meeting with Managing Director of the European Stability Mechanism Klaus Regling in his office in the Maximos Mansion in Athens, Greece, March 7, 2020. (Reuters Photo)
by ASSOCIATED PRESS Feb 08, 2021 4:41 pm

Prime Minister Kyriakos Mitsotakis on a weekend visit to the Greek island of Ikaria attended an outdoor lunch hosted by a local lawmaker.

A video of the event posted on social media showed at least 25 people in attendance, while traditional island music, with drums and bagpipes, could be heard in the background.

The government toughened lockdown measures at the weekend, expanding curfew hours to start at 6 p.m. in greater Athens and Greece’s second-largest city, Thessaloniki, in response to a surge in COVID-19 infections that started in late January.

A spokesperson for the government, Aristotelia Peloni, said Mitsotakis would continue to visit remote parts of the country to promote the pandemic vaccination drive, adding that public attention on the outdoor lunch would "undermine the purpose of the visit.”

In December, Mitsotakis was photographed posing with his mountain bike but without a mask alongside five motocross riders on a hillside trail outside Athens. He later apologized.