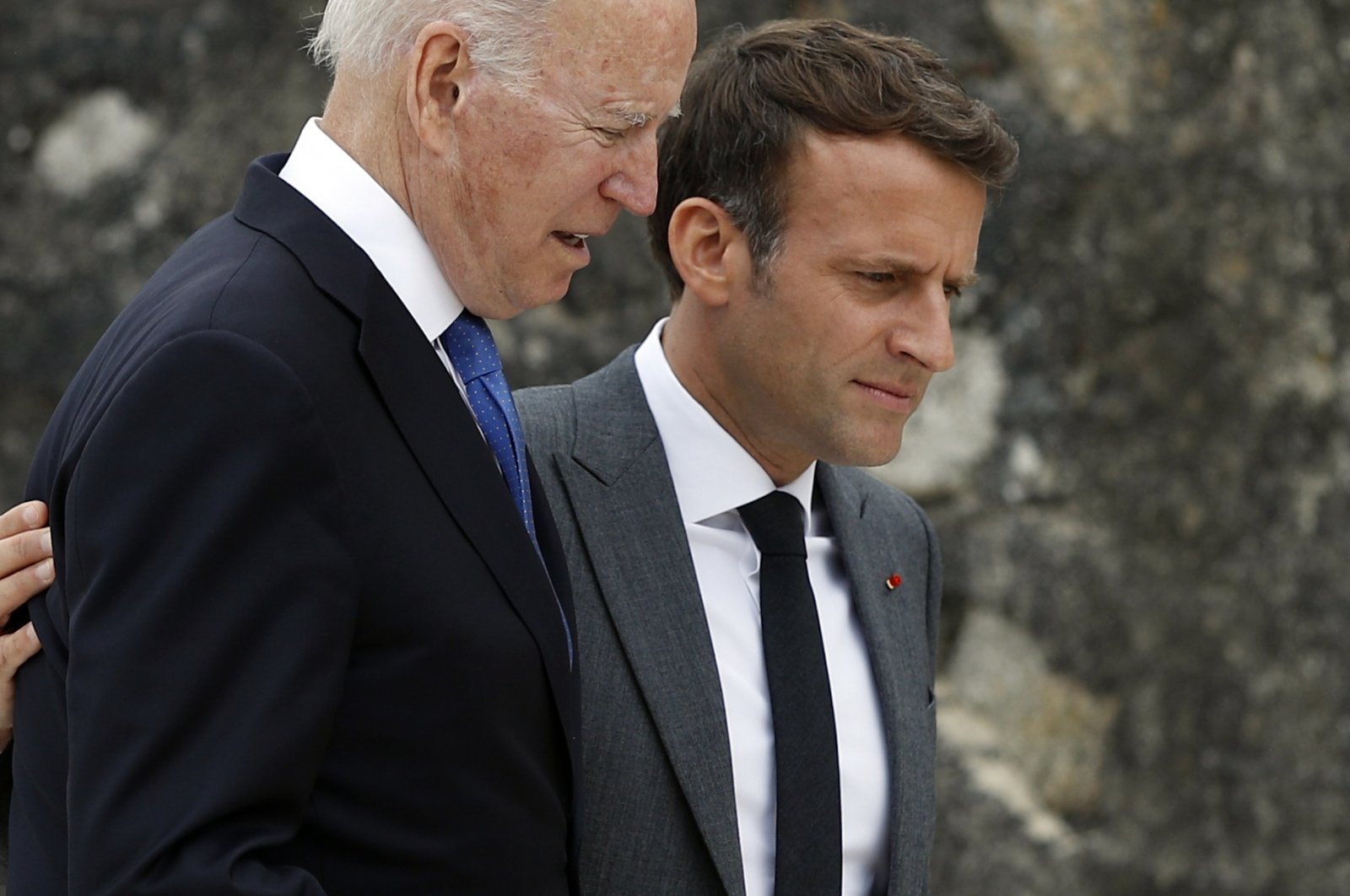 French President Emmanuel Macron and his U.S. counterpart Joe Biden spoke for the first time on Wednesday since a row erupted over the sale of submarines to Australia, vowing to restore confidence damaged by what Paris saw as a betrayal.

Macron was left furious by Australia's decision last week to ditch a 2016 deal to buy diesel submarines from France in favor of nuclear-powered ones from the United States and Britain, which had been secretly negotiated.

In a joint statement issued after the call, the leaders vowed to launch a process of "in-depth consultations... for ensuring confidence" and to meet in Europe at the end of October at an unspecified location.

In what amounted to an acknowledgment of French anger, the statement from the White House said that "the situation would have benefited from open consultations among allies on matters of strategic interest to France and our European partners."

But the French-language version issued by the Elysee Palace of the joint statement was even more explicit, saying that open consultations "would have avoided this situation."

The statement also said the U.S. recognized the need for stronger European defense to complement the NATO military alliance, a key idea repeatedly floated by the French leader.

In the first concrete sign of a slackening of tensions, Macron agreed to send France's ambassador back to Washington next week after he was recalled to Paris in an unprecedented diplomatic protest.

The October meeting between Macron and Biden would meanwhile seek "to reach shared understandings and maintain momentum in this process" to restore confidence, the statement said.

France was particularly outraged that Australia negotiated with Washington and London in secret, which French Foreign Minister Jean-Yves Le Drian denounced as "treachery" and a "stab in the back."

As well as a huge commercial setback, the loss of the deal was also a major blow to France's security strategy in the Indo-Pacific region, where it has a presence through overseas territories.

The submarine row plunged Franco-U.S. ties into what some analysts viewed as the most acute crisis since the U.S.-led invasion of Iraq in 2003, which Paris opposed.

After four years of tumultuous relations with ex-president Donald Trump, the spat also dashed hopes of a complete reset under Biden, who took office in January aiming to rebuild frazzled ties with Europe.

"The messages from the call are good, it was recognized that communication should have been better," said Benjamin Haddad, director of the Europe Center at the Atlantic Council.

"The US understood that the main shock in Paris did not come so much from the commercial aspect as from the breakdown in confidence," he told Agence France-Presse (AFP).

In another welcome step for Paris, the joint statement added that the U.S. committed "to reinforcing its support to counter-terrorism operations" in the Sahel region of Africa, where French forces are deployed to fight terrorists.

Observers and some of France's European partners had begun wondering how and when Macron would call an end to the face-off, which is playing out just seven months ahead of French presidential elections.

British Prime Minister Boris Johnson said it was "time for some of our dearest friends around the world to 'prenez un grip' (get a grip)" in comments in Washington on Wednesday that mixed French and English.

The EU's top diplomat Josep Borrell meanwhile called for "stronger confidence" with the U.S. as he met Secretary of State Antony Blinken in New York.

The issue of EU defense is a sensitive issue between Biden and Macron, who has pushed hard during his four-and-a-half years in office for Europeans to invest more in defense, having said NATO is undergoing "brain death."

But French Defence Minister Florence Parly argued against the idea of France withdrawing from NATO command structures, which some politicians in France have suggested in the wake of the submarines snub.

"Is it worth slamming the door on NATO? I don't think so," she said, while adding that "political dialogue is non-existent in NATO."

Australia's decision to order nuclear-powered submarines was driven by concern about China's commercial and military assertiveness in the Pacific region, where Biden is seeking to build an alliance of democratic states to help contain Beijing.

Macron last week also recalled France's ambassador to Australia in protest. An Elysee official, who asked not to be named, said no decision has been made on his return to Canberra while no call has been scheduled with Australian Prime Minister Scott Morrison.