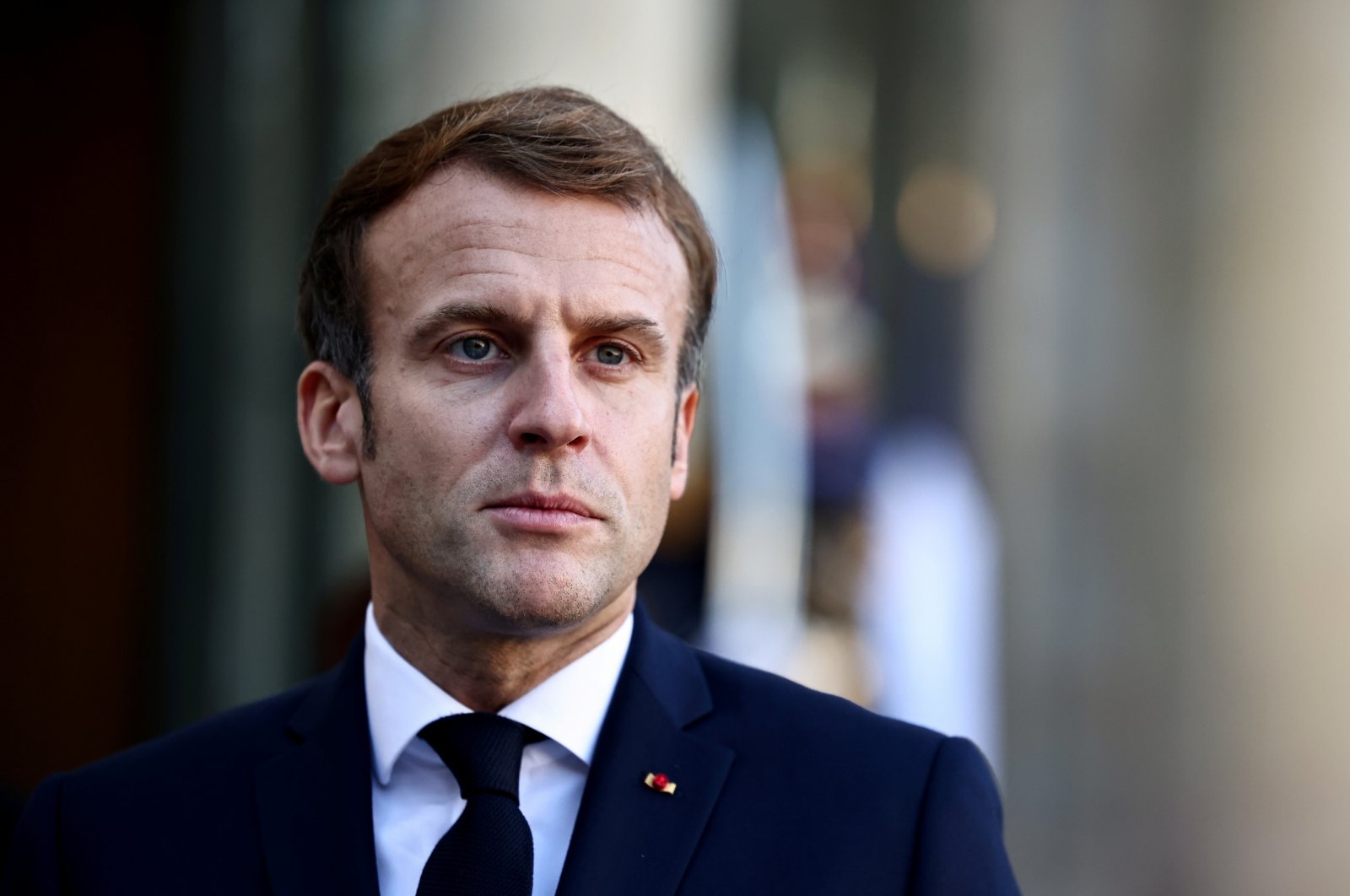 French President Emmanuel Macron looks on during a news conference with Benin's President Patrice Talon after the signing of an agreement about the return of looted cultural artifacts to the African country, at the Elysee Palace in Paris, France, Nov. 9, 2021. (Reuters Photo)
by REUTERS Nov 09, 2021 8:31 pm
RECOMMENDED

President Emmanuel Macron regrets the controversies and misunderstandings generated from comments he made about Algeria, a French official said on Tuesday, a sign that Paris may be seeking to calm relations with its former colony.

Ties between Paris and Algiers have been badly strained in recent weeks after Macron had questioned whether there had been an Algerian nation before French colonial rule and that Algeria's "politico-military system" had rewritten the history of its colonization by France based on "a hatred of France."

That promoted Algiers to close its airspace to France's military fighting in neighboring Mali and recall its ambassador.

Algerian President Abelmadjid Tebboune said Saturday that he would not make the first step to ease tensions, telling German magazine Der Spiegel that Macron had "opened an old conflict in a completely ridiculous way."

The relationship between the two countries is scarred by the trauma of the 1954-1962 independence war in which the North African country broke with France. Hundreds of thousands of Algerians were killed and both sides used torture.

Briefing reporters ahead of a conference on Libya on Friday, for which Tebboune has been invited, a French presidential official said Algiers was a key actor in the region and Macron wanted him to attend.

The official sought to express Macron's regrets following the comments he had made to a group of young people who were working on the historical differences between the two countries.

"The president regrets the controversies and misunderstandings generated by the remarks reported and I will add that president Macron has the greatest respect for the Algerian nation, its history and the sovereignty of Algeria," the official said.

"He is strongly attached to the development of our two countries bilaterally for the benefit of the Algerian and French populations and also to meet the great regional challenge, starting with Libya."

Macron has pushed for more transparency regarding France's past with Algeria and has commissioned a report from historian Benjamin Stora. It called for a truth commission over the war, but the French leader has ruled out issuing any official apology.