Of course, Macron will not apologize for French crimes in Algeria 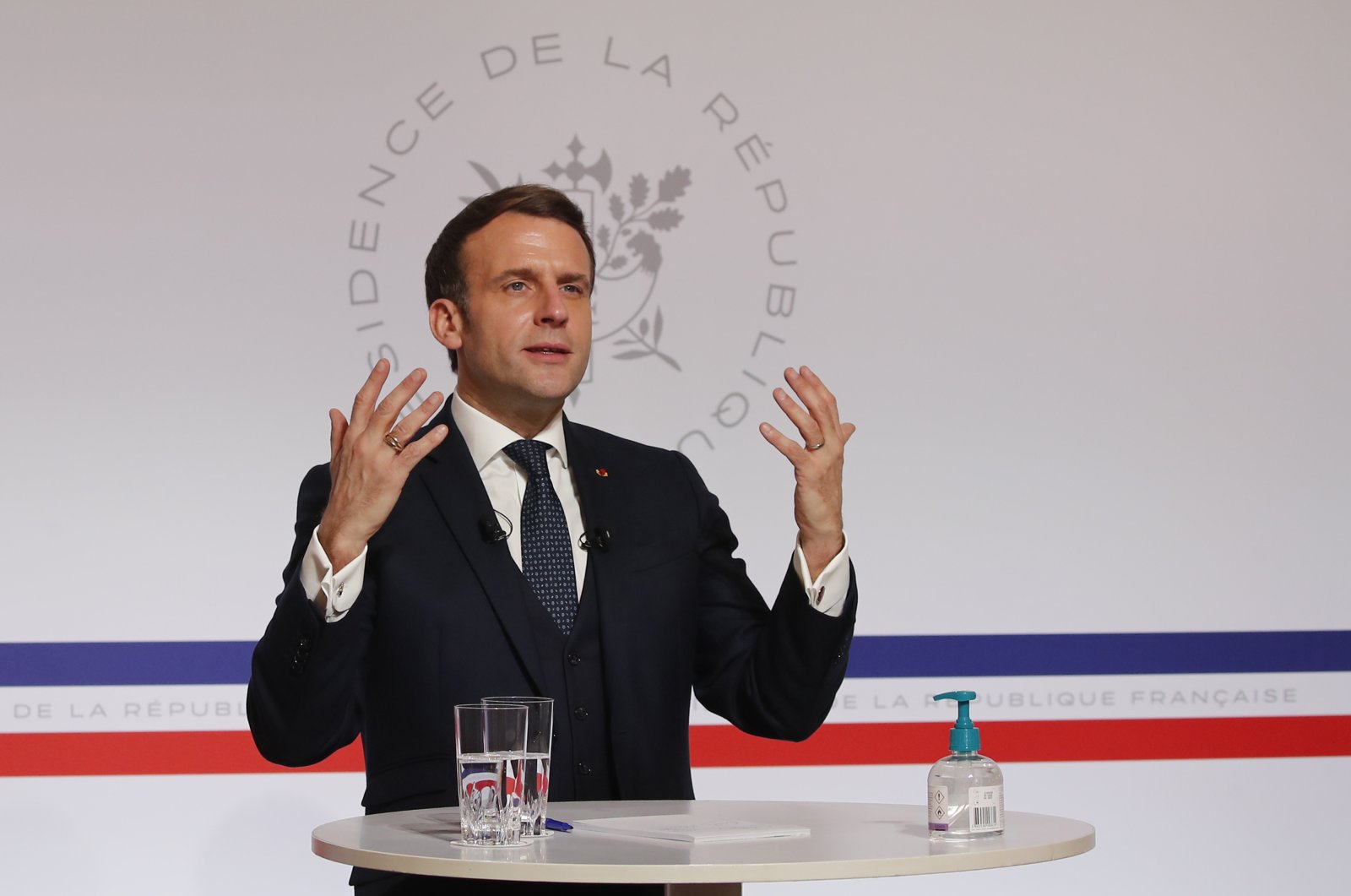 Before his election in February 2017, French President Emmanuel Macron said that France’s colonization of Algeria was a “crime against humanity,” in an interview with an Algerian TV channel. His comment was harshly criticized by the far-right in France, while others thought that, maybe, France – a country that has long seen its past colonization as benign, with many opposed to the idea of an apology or repentance – would officially face up to the past and admit to its crimes under a new leader.

However, two months after he won the election, Macron said that Africa had a “civilizational” problem, adding that women in Africa are still having “seven or eight children” at a Group of 20 summit in July 2017. He faced a social media backlash and was accused of racism. People expressed their disappointment with the new French president, saying that the honeymoon was over.

Macron went head-to-head against Marine Le Pen, the leader of the far-right political party, National Rally (RN), in the second round of the presidential elections after a first-round vote brought centrist, left-wing and moderate voters together against a possible far-right presidency.

Coming to power as a centrist and having no established party, ideology or tradition, Macron was free to govern France for a full five years, avoiding populist extremism, which was rapidly spreading across Europe and beyond.

Macron was viewed as the one liberal democratic politician who could stem the tide of populism sweeping the globe. However, he has quickly become the most populist leader in Europe.

We recently discussed Macron’s fight against Islam. Last year, when he unveiled his plan to defend France’s "secularism," he said, “Islam is a religion that is in crisis all over the world today,” prompting anger among Muslims around the world. Unfortunately, it was not the first time that he perpetuated stereotypes about "the other," or for him, those who are not white and of Western Eurasian descent.

As Black Lives Matter (BLM) protests spilled out of the United States last summer after black American George Floyd was murdered by a white police officer in Minneapolis, several leaders of African countries once subjugated to Western powers raised the issue at the 2020 United Nations General Assembly (UNGA), renewing demands for reparations for the slave trade, calling them just one step in a still-unfinished reckoning with the crimes of former empires.

Meanwhile, echoing American demonstrators, French protesters were showing their anger over the discrimination within French society, particularly toward minorities from the country’s former colonies in Africa.

The French president vowed to stand firm against racism but also praised police who brutally intervened in the protests. He further said that France wouldn’t take down statues of controversial, colonial-era figures while calling for "unity" in the nation.

One of the African leaders who continued to push Europe while the demonstrations continued was Algerian President Abdelmadjid Tebboune. Tebboune demanded an apology from France for its treatment of Algerians under 132 years of occupation followed by a bloody eight-year war of independence that claimed some 1.5 million Algerian lives between 1954 and 1962.

Certainly, France is far from alone in being forced by current events to reckon with its past as the developed countries of the West, such as Britain, have their own colonial histories. But for Algeria, the scars of France’s occupation run painfully close to the surface. Some indication of the brutality of French occupation was provided in July when France returned 24 skulls of Algeria’s early independence fighters, who were shot and decapitated by French troops that later took them home as war trophies.

The systematic use of electrocution, beatings, waterboarding, sleep deprivation and mass executions, especially during the Battle of Algiers, are not just claims – they are well-known facts today.

Only the photos are enough to reveal the crimes against humanity and France's acts of barbarism; however, Paris still refuses to make an apology. Macron repeated last week that there would be “no repentance nor apologies” for France’s colonization of Algeria after the release of a report that recommended a “memories and truth” commission to investigate French rule in Algeria.

In fact, the French military presence in Africa continues. Since 2014, France has stationed 3,500 troops across Mali, Chad, Mauritania, Niger and Burkina Faso as part of an operation to counter extremist insurgencies in the region. France has a long history of intervening in African affairs and did so 19 times from 1962 to 1995.

And, since 2010 alone, France has intervened in Libya, Mali, the Central African Republic, Chad and Ivory Coast. That’s nearly a war every year. In the last 55 years, more than 75 coups have happened in 26 African countries. Sixteen of those were former French colonies.

More controversially, France’s relationship with its former colonies, known as FranceAfrique, can perhaps be better understood with the CFA franc currencies which are printed and protected by the Bank of France.

Those countries came together to replace the colonial currency with a new common one, namely the Eco; but the arrival of the Eco could be at least five years away after the coronavirus pandemic's impact, according to reports. That means these countries will continue to deposit at least 50% of their currency reserves into a so-called operations account managed by the French treasury.

Did you know that France allowed those countries to access only 15% of the money per year? If they need more, they have to borrow the extra money from the French Treasury at commercial rates. What is more tragic is that France imposes a cap on the amount of money that is borrowed from the reserve. The cap is fixed at 20% of their public revenue in the preceding year.

If the countries need to borrow more than 20%, France has a right to veto. Here we have to recall the remarks of former French President Jacques Chirac in an interview: “We have to be honest and acknowledge that a big part of the money in our banks comes precisely from the exploitation of the African continent.”

You see “liberty, brotherhood and equality” weren’t applicable to all, and they are still not. Yes, by 1960, most of France's colonies had gained independence. But to be honest, France did not pack its bags and leave. As former French President Francois Mitterand said, “Without Africa, France has no history in the 21st century.”

This is because France needed energy, money and resources. Of course, Macron will not apologize to any ex-colonies of France as he knows that France’s future is still tied to them and that their relationship is largely neocolonial.

Many of France’s ex-colonies, such as Algeria, Mauritania, Mali, Guinea, Burkina Faso, Niger, Gana and Ivory Coast, are resource-rich nations: uranium, gold, iron, diamonds, oil and gas. It is all there, and so are many French companies such as Areva and Total. For those who think the word “colonialism” evokes a long-ago, no-longer-relevant era, I recommend thinking about it again.