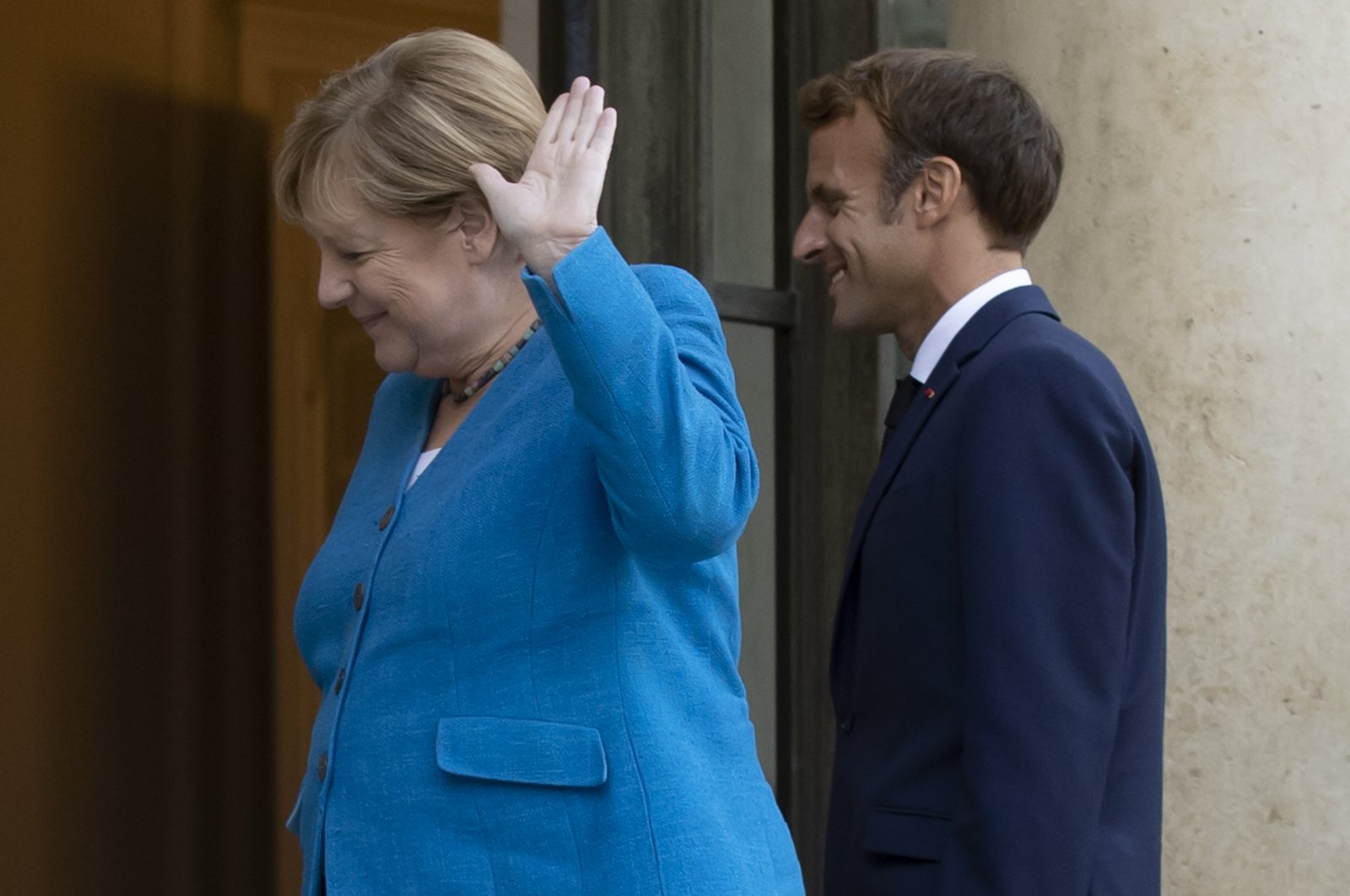 French President Emmanuel Macron hosted German Chancellor Angela Merkel Thursday in Paris, vowing to continue working together closely until a new German government is formed after the Sept. 26 polls in which Merkel is not a candidate.

In 16 years in power, Merkel has known four French presidents and has built close relationships with all of them, despite a slightly rocky start with Macron.

Despite that relationship, exemplified by a 750 billion euro ($882 million) aid deal agreed last year to help European Union member states weather the pandemic, Macron has been concerned about political paralysis after the election, aides say.

A usually protracted coalition-building period in Germany could make it difficult for France to push for its ambitious EU reform agenda when it holds the rotating EU presidency in the first half of next year.

Under the German Constitution, Merkel will remain chancellor until a majority of Bundestag lawmakers elect a successor. There are no formal restrictions on her powers, though Merkel is a consensus seeker and previous chancellors have not taken radical decisions during that time.

"Until the formation of the government, Mrs. Chancellor – dear Angela Merkel – and myself will continue to work hand in hand on major issues, on which we seek to bring Franco-German solutions, as we have done from day one," Macron said on the steps of the Elysee before a working dinner.

Merkel, in turn, said: "We have also discussed that we want to make everything possible, from the German side, so that there is no standstill in the necessary decisions that have to be made."

She mentioned issues ranging from Afghanistan, Belarus and Ukraine to EU emissions targets.

Macron met the two main German candidates for the chancellery at the Elysee Palace last week and asked them to explain the possible German coalition scenarios and how they saw the election panning out, French officials said.

An Elysee adviser said the meeting with Merkel, while the last before the election, was not a farewell dinner. There would be another opportunity for that in Paris later on, the aide said, adding that the two leaders hoped to get work done on issues such as immigration following the Afghanistan crisis.

The relationship started on a slightly difficult footing when in 2017, the then-new French president made ambitious proposals to deepen EU integration – which drew mixed reactions in Berlin.

But the relationship improved from then on, with "lieber Emmanuel" and "chère Angela" working closely across the board.