German candidates fail to inspire ahead of elections 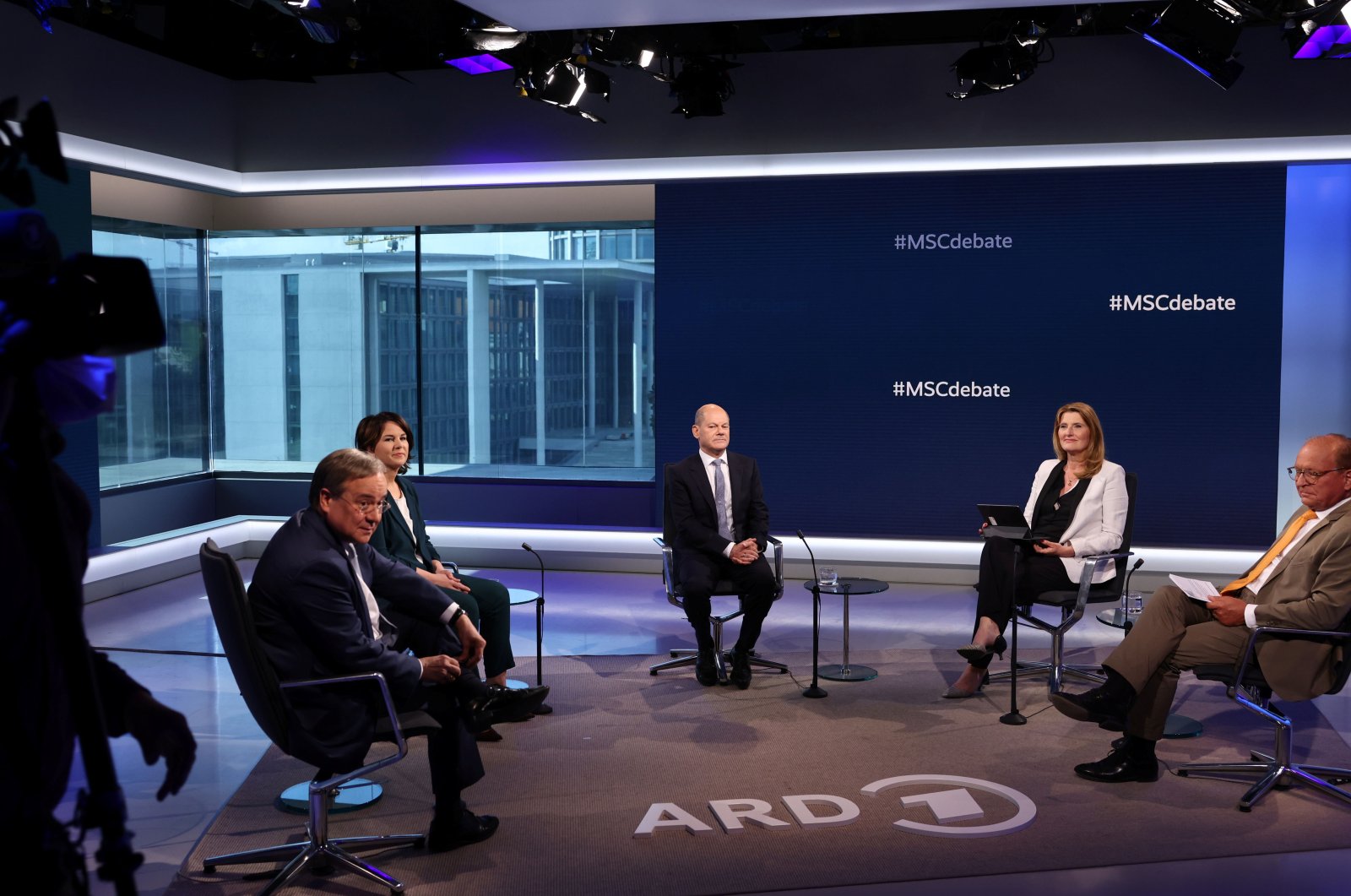 With Merkel leaving office and other candidates lackluster, many German voters feel at a loss.

One of them is Christoph Gillitzer. He is stumped by whom to vote for in Germany's federal election next month.

The retired engineer says he usually backs the underdog, yet the choices on offer Sept. 26 don't have him convinced.

"It's really difficult this time,” he said on a dreary Berlin morning this week.

Like Gillitzer, a large chunk of the German electorate remains undecided going into a parliamentary election that will determine who succeeds Angela Merkel as chancellor after her 16 years in office.

Recent surveys show that support for political parties has flattened out, with none forecasted to receive more than a quarter of the vote.

Merkel's center-right Union bloc and the center-left Social Democrats are neck-and-neck in the polls, closely followed by the environmentalist Greens, who are making their first bid for the chancellery.

"This is the first time that an incumbent chancellor hasn’t run again in a German election, so we have a completely new table of candidates,” Gregor Zons, a political scientist at the Heinrich Heine University Düsseldorf, said.

"For voters who have until now chosen Merkel, the situation is confusing.”

Germany's long-serving leader announced in 2018 that she wouldn't seek a fifth term, sparking a series of messy leadership contests that ended with her party nominating Armin Laschet, the governor of North Rhine-Westphalia state, as its top candidate.

But Laschet's star took a dive last month when his home state was hit by deadly floods and the 60-year-old governor made a series of missteps that included laughing in the background during a somber speech by Germany's president. He also flip-flopped on the urgency of addressing climate change, which experts say has made disasters such as floods more likely.

The Greens saw their ratings jump in April after nominating Annalena Baerbock, 40, as the party's candidate for chancellor and announcing the news at a smoothly staged event that contrasted with their rivals' squabbling.

The bump in the polls didn't last long. Baerbock's lack of executive experience and a flap over plagiarism in a book she wrote ended up costing her party support.

The former Hamburg mayor and federal labor minister was once nicknamed "Scholzomat” for what critics said was a habit of frequently repeating the same phrases regardless of what question he was asked.

Lately, the 63-year-old minister has played up his long experience in government while deftly avoiding the limelight over crises such as the floods and Afghanistan, from where Germany, like other nations, has frantically tried to evacuate its citizens and allies after being surprised by the Taliban takeover.

Scholz's main achievement at the moment "lies in not making any mistakes,” political scientist Zons said.

The Social Democrats have benefited from this cautious approach. One poll this week gave the party a small lead over the Union bloc – its first in many years.

Stefan Wurster, a professor of policy analysis at the Technical University of Munich, cautioned that the candidates' personal ratings remain historically low, with a sizeable chunk of the electorate still opting for "none of the above."

"Many people don’t decide who to vote for until they reach the voting booth,” he added.

"Scholz cuts the best figure, but he doesn’t come across as entirely clean either,” he said, citing the finance minister's unclear role in two major financial scandals.

Merkel has taken a back seat in the Union bloc's election campaign, and its billboards are devoid of the German leader's familiar face this year.

"Predecessors who are ending their political work should hold back – that is my position, my firm conviction,” she said in a rare appearance as her party opened its official campaign last weekend.

Even the party's worst result under her chancellorship – 32.9% of the vote in 2017 – appears a long shot at the moment.

Asked about the Union's poor ratings Tuesday, Merkel, a veteran campaigner, offered little wisdom for how her would-be successor can take the reins of Europe's biggest economy.

"We will work every day to get a good election result and not look every day at the polls,” she said.