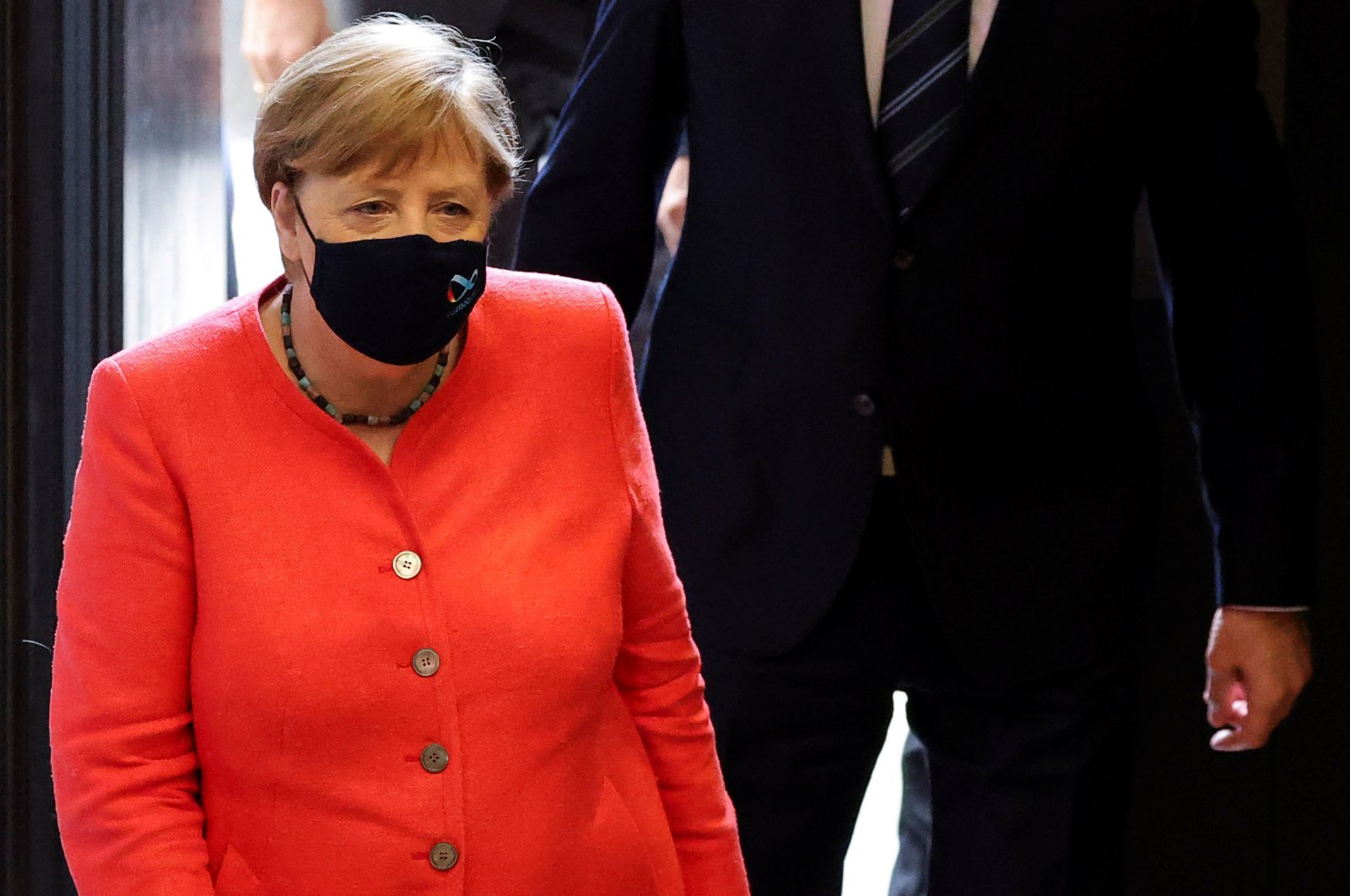 German Chancellor Angela Merkel wearing a face mask arrives to attend a session at the upper house of the German parliament Bundesrat, amid the outbreak of the coronavirus disease (COVID-19), in Berlin, July 3, 2020. (Reuters Photo)
by REUTERS Jul 03, 2020 12:25 pm
RECOMMENDED

Germany fears that Hong Kong's autonomy is being "eroded" and Berlin will raise issues such as human rights with China during its presidency of the EU that began this month, Chancellor Angela Merkel said on Friday.

"Based on an open dialogue, we also speak about the rule of law and human rights, as well as the future of Hong Kong where we are concerned that the important principle of 'one country, two systems' is being eroded," Merkel said.

She spoke to the Bundesrat upper house of parliament, outlining priorities for Germany's half-year EU presidency, during which it aims to make a trade deal with China a priority.

"In order to have successful relations with China and to represent our European interests effectively, Europe must speak decisively with one voice," Merkel said.

"Only together the 27 EU member countries have enough weight to achieve ambitious deals with China."

The EU is facing pressure from rights groups and activists not to put its economic interests first, after China unveiled a national security law for Hong Kong this week, which Western countries say threaten freedoms enjoyed by the city since it was returned from British rule to China in 1997.

The bloc is eager to make progress on an EU-China investment deal after six years of talks. It wants to see movement in areas such as autos, biotech and micro-electronics, and see Beijing limit subsidies for state-run companies.

The president of the EU Chamber of Commerce in China said last month he doubted a deal would be concluded this year, voicing fears that China was drifting toward isolation.