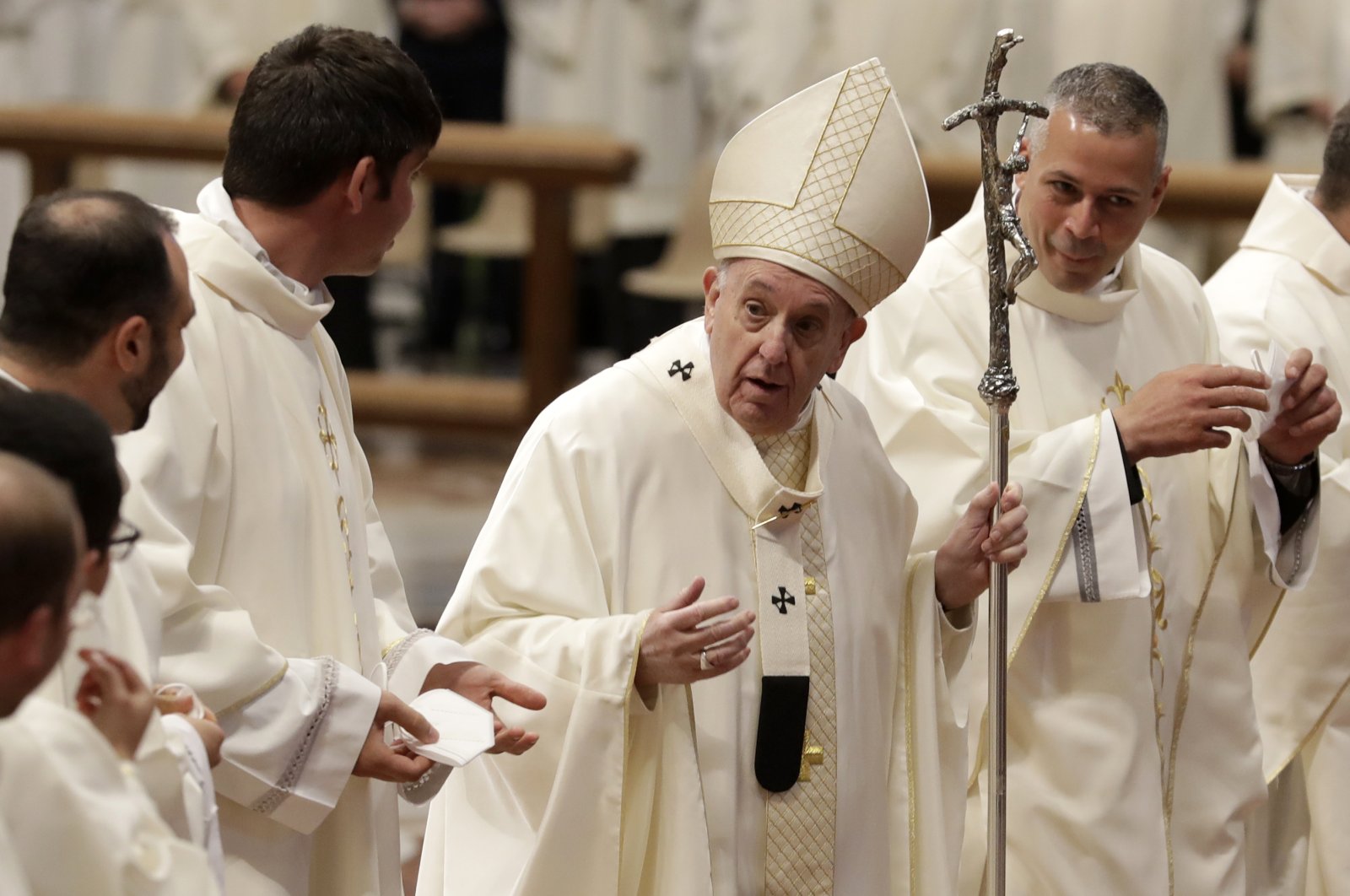 Pope Francis tells newly ordained priests to remove their face masks, used to curb the spread of COVID-19, for a group photo at the end of their ordination ceremony, inside Saint Peter's Basilica, at the Vatican, April 25, 2021. (AP Photo)
by Associated Press Apr 25, 2021 5:39 pm
RECOMMENDED

Pope Francis called the deaths of 130 migrants in the Mediterranean last week "a moment of shame,” saying their two days of pleas from their sinking boat in the sea off Libya went unheard, or worse, they were ignored as potential rescuers chose "to look the other way."

The migrants had made a call for help on Wednesday. On Thursday, when a humanitarian rescue boat and a merchant ship in the area that sailed in very rough waters arrived at the scene, the deflating dinghy had partially sunk, several bodies were seen in the water and no survivors were found.

Rescue centers in Libya, Malta and Italy had been alerted, according to the European Union border protection agency Frontex, one of whose planes had located the dinghy.

"I confess to you I am very pained by the tragedy that once again played out in the last days in the Mediterranean,'' the pope told people who had gathered in St. Peter's Square to hear his traditional Sunday noon remarks delivered from a window overlooking the square.

"One hundred thirty migrants died in the sea. They are persons, human lives, who for two entire days implored in vain for help, help that didn't arrive,'' Francis said. "Let us pray for these brothers and sisters, let us interrogate all of ourselves about this latest tragedy,'' the pope said. "It is a moment of shame.”

"Let us pray for these brothers and sisters and for the many who continue to die in these dramatic voyages,'' the pope continued. ”Let us pray also for those who can help but who prefer to look the other way. Let's pray in silence for them."

SOS Mediterranee, a humanitarian group whose rescue ship Ocean Viking sailed toward the location of the distressed dinghy amid strong winds and high waves, said a Libyan coast guard vessel was supposed to arrive at the scene but never did.

Libyan coast guard officials have said bad weather and the need to help other migrants in distress in the waters off the northern African country meant it couldn't reach the dinghy in time.