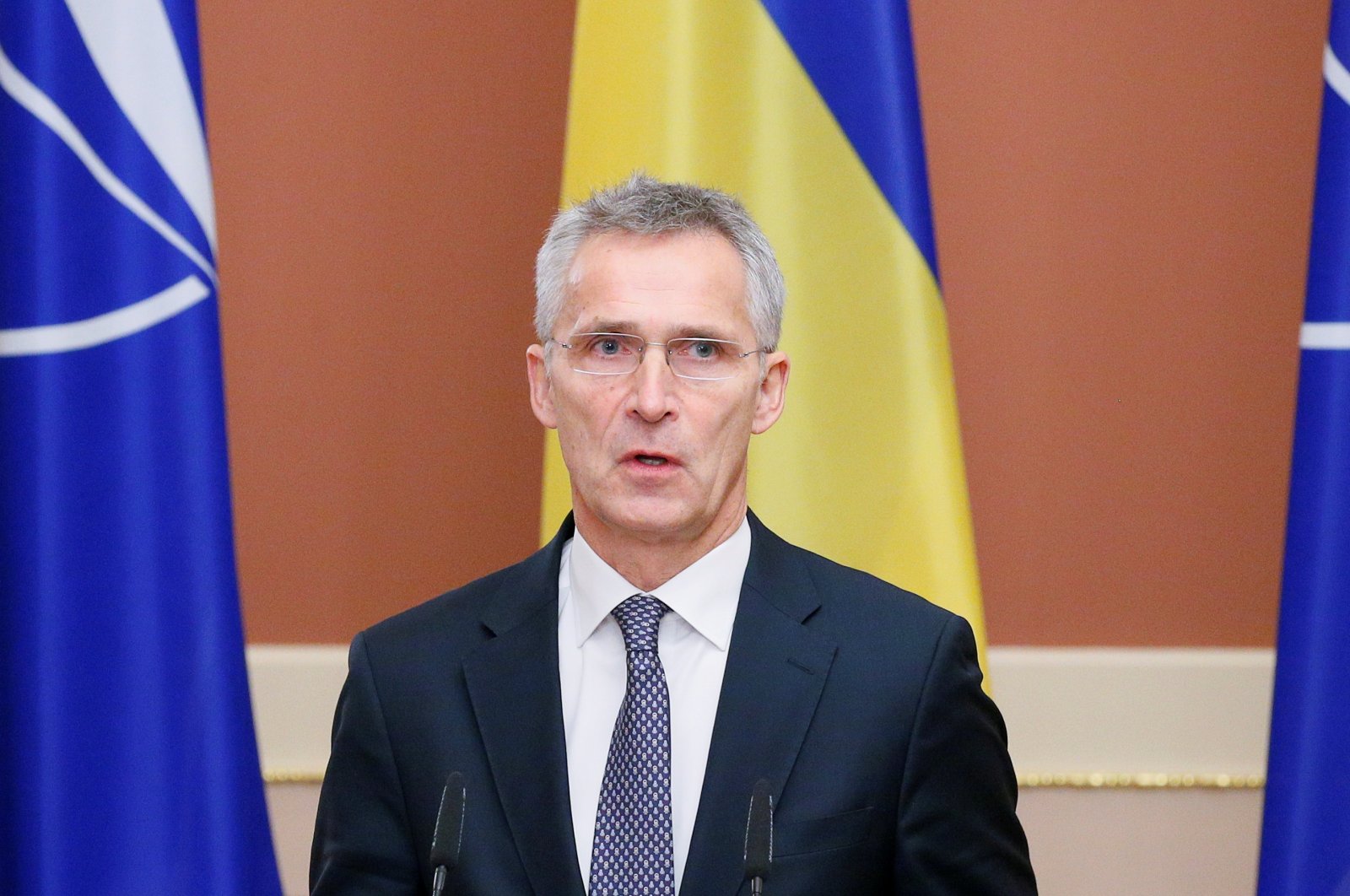 NATO Secretary-General Jens Stoltenberg warned Russia on Monday that the western military alliance stands by Ukraine amid a large and unusual deployment of Russian troops on Ukraine's borders.

Stressing that the important thing now was to prevent situations from spiraling out of control, Stoltenberg urged Russia to be transparent about military activities to reduce tensions and prevent an escalation.

"We have to be clear-eyed; we need to be realistic about the challenges we face. And what we see is a significant, large Russian military buildup," Stoltenberg told a news conference with Ukraine's Foreign Minister Dmytro Kuleba in Brussels.

He said he did not want to speculate about Russia's intentions but added: "We see an unusual concentration of troops, and we know that Russia has been willing to use these types of military capabilities before to conduct aggressive actions against Ukraine."

The Russian troop movements near the Ukrainian border over the past days have sparked fears of a possible attack. However, Moscow has dismissed such suggestions as inflammatory and complained about increasing activity in the region by the NATO trans-Atlantic alliance.

In 2014, Russia annexed Ukraine's Crimean Peninsula and said the waters around it belong to Moscow now, despite most countries continuing to recognize the peninsula as Ukrainian.

Russian-backed separatists took control of Ukraine's eastern Donbass region the same year and soldiers on both sides continue to engage in a battle, resulting in casualties.

Stoltenberg said the buildup near the border was dangerous because it reduced the amount of warning time, should Russia decide to "conduct a military aggressive action against Ukraine." Kuleba also said he was worried that Russia could quickly activate massed troops at the border.

"It can go either way," Lithuania's foreign minister Gabrielius Landsbergis told reporters, also on Monday, on the margins of a meeting with his European Union counterparts.

The West cannot exclude a Russian attack on Ukraine while international attention is focused on the Belarus migration crisis, or that Russia establishes a permanent military presence in Belarus, he said.

"I would not exclude that as a possibility," he said.