Navalny at risk of cardiac arrest, could 'die any minute': Doctors 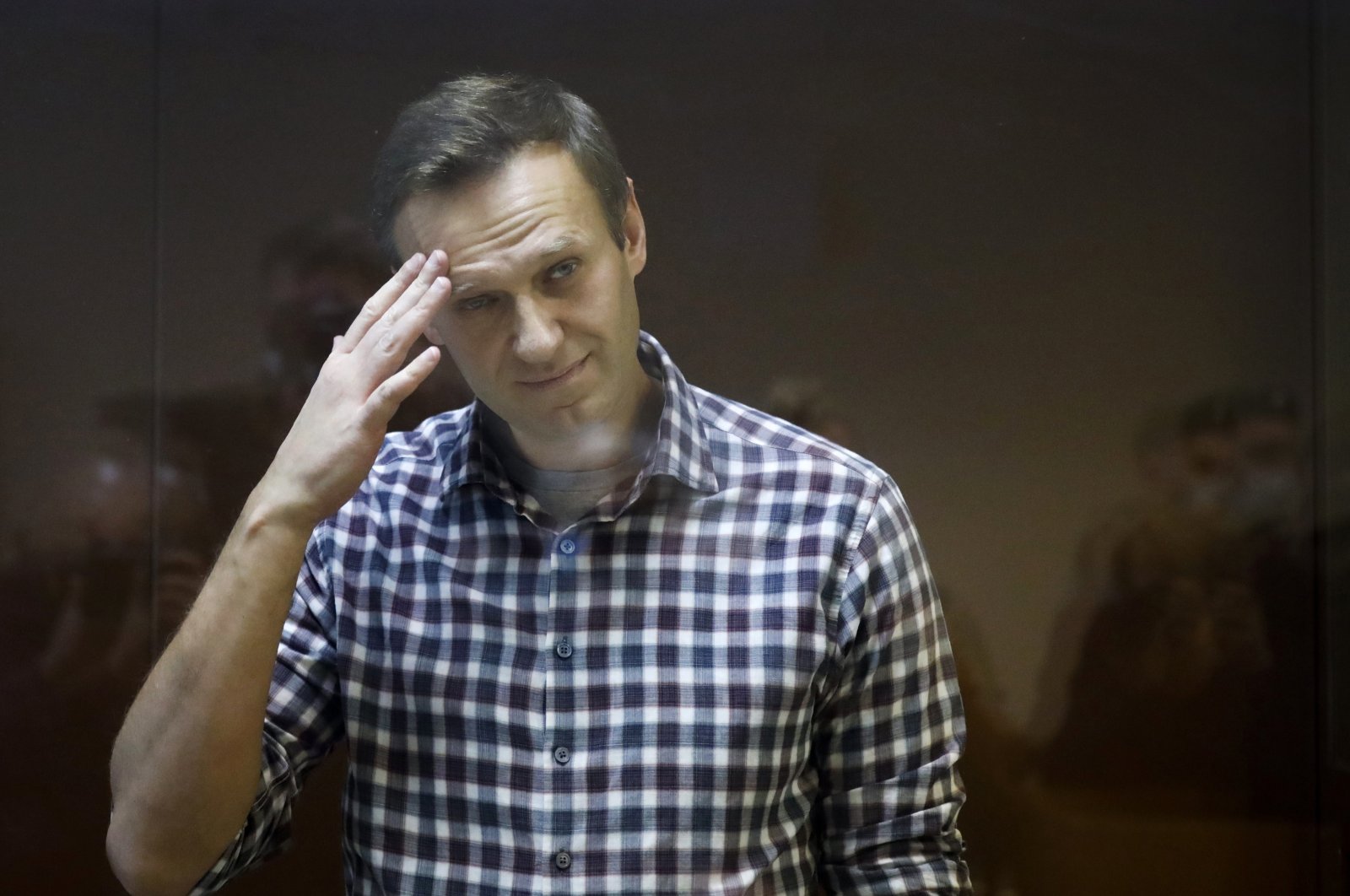 Doctors urged immediate access to the main Russian opposition leader and Kremlin critic Alexei Navalny Saturday as his health has rapidly deteriorated and he faces a high risk of cardiac arrest at "any minute."

On March 31, President Vladimir Putin's most prominent opponent went on hunger strike to demand proper medical treatment for back pain and numbness in his legs and hands.

Navalny, 44, was imprisoned in February and is serving 2 1/2 years on old embezzlement charges in a penal colony in the town of Pokrov around 100 kilometers (60 miles) east of Moscow.

"Our patient can die any minute," Ashikhmin said on Facebook on Saturday, pointing to the opposition politician's high potassium levels and saying Navalny should be moved to intensive care.

"Fatal arrhythmia can develop any minute."

Navalny barely survived poisoning by the Novichok nerve agent in August which he has blamed on the Kremlin. His doctors say his hunger strike might have exacerbated his condition.

Having blood potassium levels higher than 6.0 mmol (millimole) per liter usually requires immediate treatment. Navalny's were at 7.1, the doctors said.

"This means both impaired renal function and that serious heart rhythm problems can happen any minute," said a statement on Vasilyeva's Twitter account.

The doctors said he had to be examined immediately "taking into account the blood tests and his recent poisoning."

Navalny's spokesperson Kira Yarmysh, who accompanied him when he collapsed on a plane after the poisoning in August, said the situation is critical again.

"Alexei is dying," she said on Facebook. "With his condition it's a matter of days."

She said she felt like she was "on that plane again, only this time it's landing in slow motion," pointing out that access to Navalny is restricted and few Russians were aware of what was actually going on with him in prison.

Navalny's team has earlier announced plans to stage what they said would be "modern Russia's biggest protest."

Navalny's allies said they would set a date for the protest once 500,000 supporters had registered with a website. As of Saturday, more than 440,000 people had signed up.

Yarmysh on Saturday urged more Russians to sign up, saying that a big rally could help save Navalny's life.

"Putin only reacts to mass street protests," she added.

Earlier this week, Navalny's wife Yulia, who visited him in the penal colony, said her husband now weighs 76 kilograms (168 pounds) – down nine kilograms since starting his hunger strike.

On Friday, Russian prosecutors asked a court to label Navalny's Anti-Corruption Foundation and the network of his regional offices "extremist" organisations in a move that would outlaw them in Russia and could result in jail time for their members.

"The darkest times are beginning for free-thinking people, for civil society in Russia," said Leonid Volkov, the head of Navalny's regional offices.