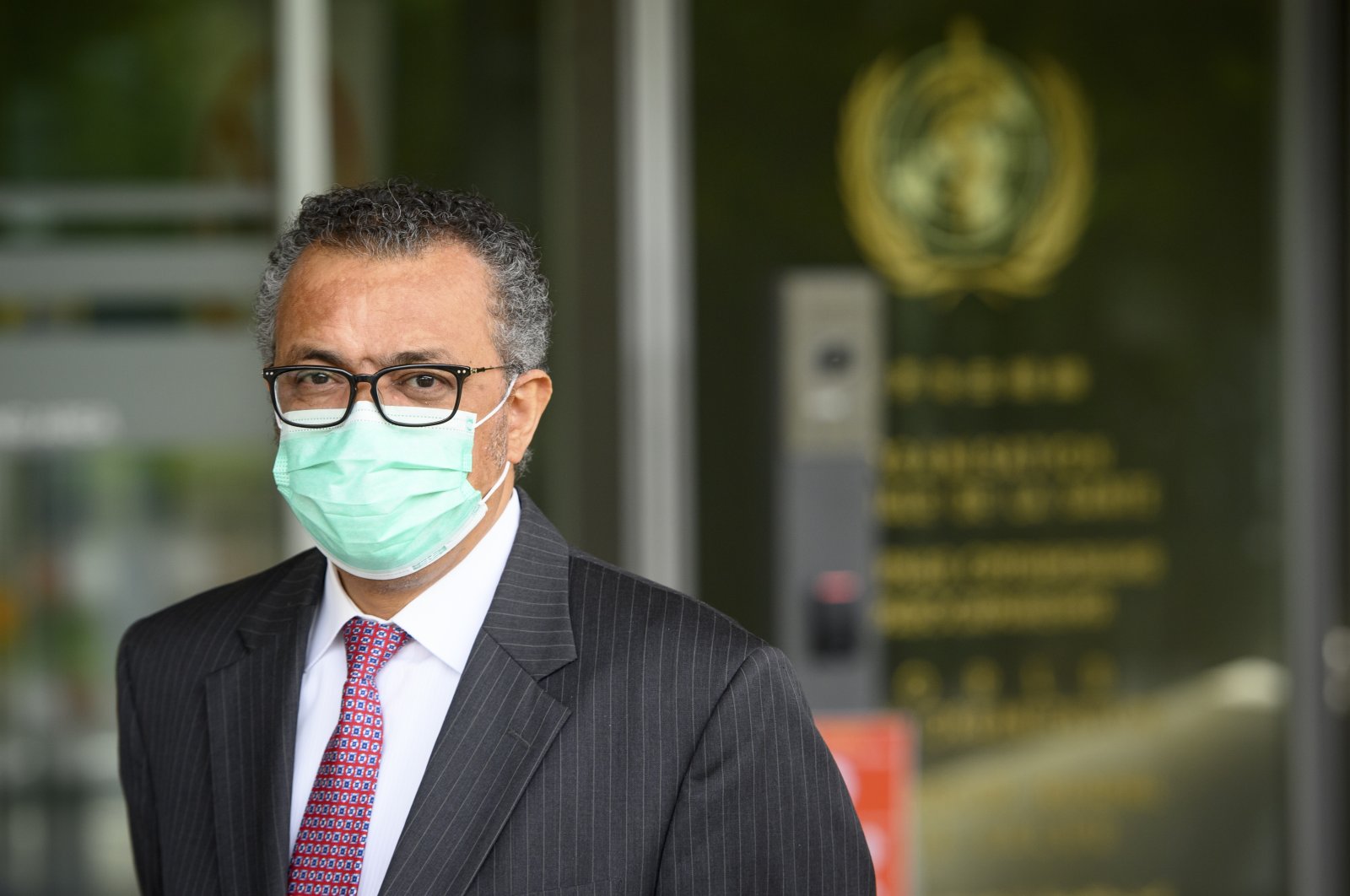 Tedros Adhanom Ghebreyesus, director-general of the World Health Organization (WHO) waits for the arrival of Swiss Interior and Health Minister Berset before a bilateral meeting to signs BioHub Initiative with a global COVID-19 Pathogen repository in Spiez laboratory on the sideline of the opening of the 74th World Health Assembly, WHA, at the WHO headquarters, in Geneva, Switzerland, May 24, 2021. (EPA-EFE Photo)
by ASSOCIATED PRESS Sep 24, 2021 1:21 pm
RECOMMENDED

Germany and France said on Friday that they and nearly 20 European Union countries have nominated Tedros Adhanom Ghebreyesus of Ethiopia for a second term as director general of the World Health Organization (WHO).

This marks the first time that a candidate for the top job at the U.N. health agency has not been nominated by the home country. Tedros, who goes by his first name, has been in the global spotlight over the organization's response to the coronavirus pandemic over the last 19 months – an epochal crisis that eclipsed all else throughout his term that began in 2017.

The election for the next WHO director-general, which carries a five-year term, takes place at the agency’s next annual assembly meeting in May. Tedros has run afoul of the Ethiopian government of Nobel Peace Prize-winning Prime Minister Abiy Ahmed over his outspokenness about killings and other human rights abuses in his home region of Tigray.

Tedros was formerly a top official in the Tigray People’s Liberation Front, once a dominant member of a coalition running Ethiopia but now designated by the national government as a terrorist group. Tedros also served as health and foreign minister in the previous Ethiopian government.

The diplomatic missions of France and Germany to U.N. institutions in Geneva announced their support for Tedros on their Twitter feeds after a deadline for candidacies for the director-general post expired on Thursday.

On its web site, WHO has said it doesn’t plan to announce the full list of candidates until November, but some diplomatic officials have suggested that he may not have any competition. A diplomatic official in Geneva, speaking on condition of anonymity because she was not authorized to speak publicly about the matter, said 15 other European Union members joined in nominating Tedros.

The WHO, under Tedros, came under withering criticism from the U.S. Trump administration last year over allegations of grievous missteps in responding to COVID-19 and of an over-willingness to praise China in the early phases of the outbreak that first emerged in Wuhan.