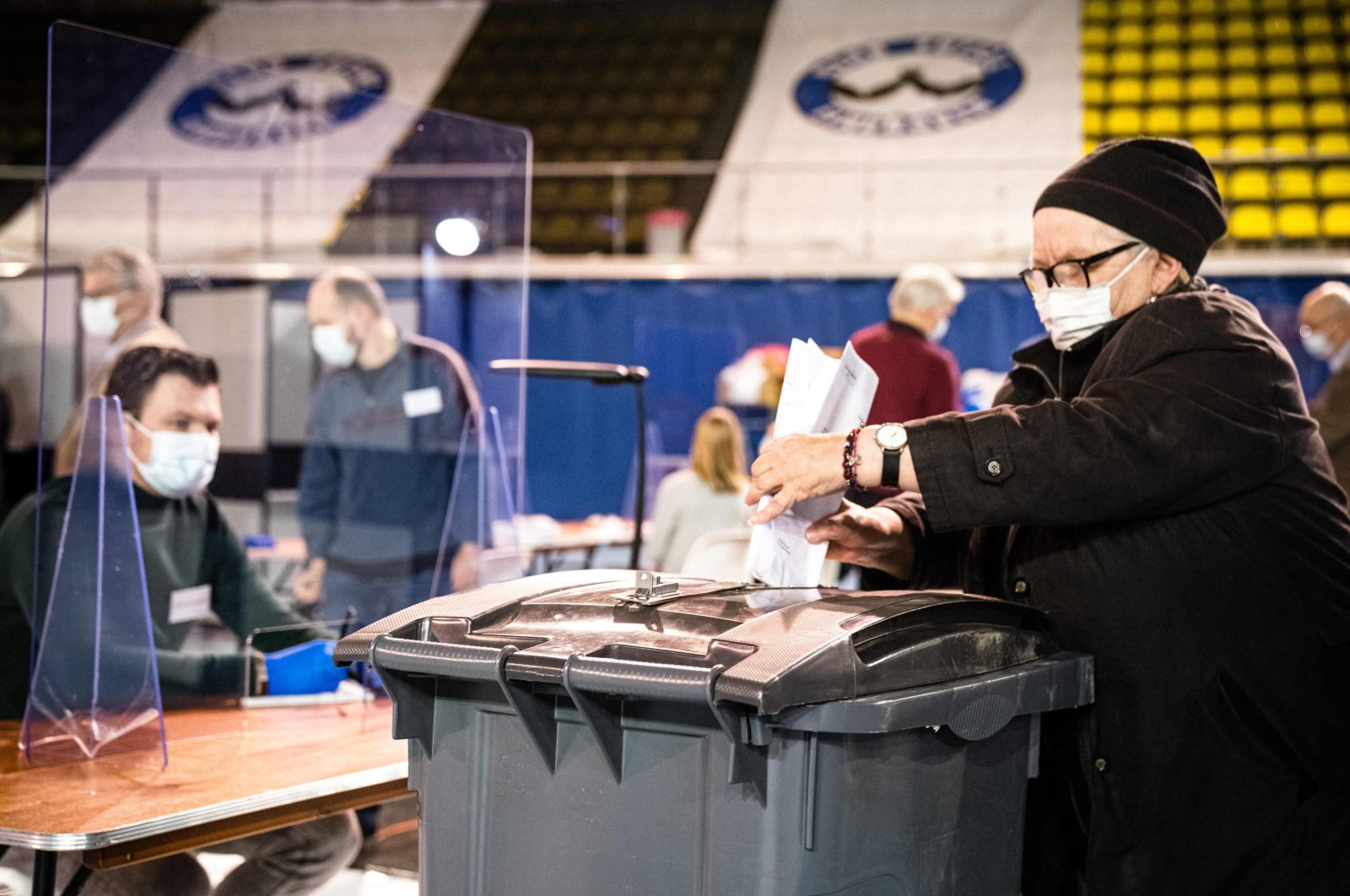 A voter casts her ballot to vote in the House of Representatives elections at a polling station in Eindhoven, in the Netherlands, on March 15, 2021. (AFP Photo)
by REUTERS Mar 15, 2021 10:22 am
RECOMMENDED

Three days of voting began in the Netherlands on Monday in a parliamentary election seen as a referendum on the Dutch government's handling of the coronavirus pandemic.

With a ban on public gatherings, the election campaign focused on a series of televised debates in which Rutte maintained his image as a steady hand during a time of crisis. But coronavirus infections in the Netherlands are rising at the fastest pace in months, and the National Institute for Health (RIVM) has advised against any swift easing out of lockdown, saying that hospitals could still be overwhelmed in a third wave of the pandemic driven by more contagious variants.

On Sunday, police broke up a demonstration by thousands of people in The Hague to protest against the lockdown and curfew, the imposition of which prompted several days of riots in January. Roughly 13 million voters are eligible to pick from dozens of parties contesting spots in the 150-seat parliament.

Voting booths open at 6:30 a.m. GMT and the first exit poll is expected when they close at 8 p.m. GMT on Wednesday. Major parties including Labour, the Green-Left and the pro-education Democrats-66 are vying with the center-right Christian Democrats for third place.

Two or three of these will likely join a new VVD-led coalition. With a ban on gatherings of more than two people, restaurants and bars shut and the first night-time curfew since WWII, voting has been spread over three days to help ensure social distancing at polling stations.

An exception on the 9 p.m. curfew will be made for people out casting their ballots. People who are in groups considered more vulnerable to COVID-19 are encouraged to vote on Monday and Tuesday. After votes are counted Wednesday night and into Thursday, the process of forming the next ruling coalition will start. Christian Democrat leader Wopke Hoekstra said Sunday he favors a repeat of the last four-party coalition, which was led by Rutte’s VVD and also included the centrist D66 party and religious party Christen Unie.

Voters older than 70 were also able to vote earlier this month by mail. Rutte, 54, has been Dutch prime minister since 2010. Although the Netherlands slipped up in its response to COVID-19, being the last country in the European Union to start vaccinating and flip-flopping over face masks, hospitals never ran out of beds through two COVID-19 infection peaks.