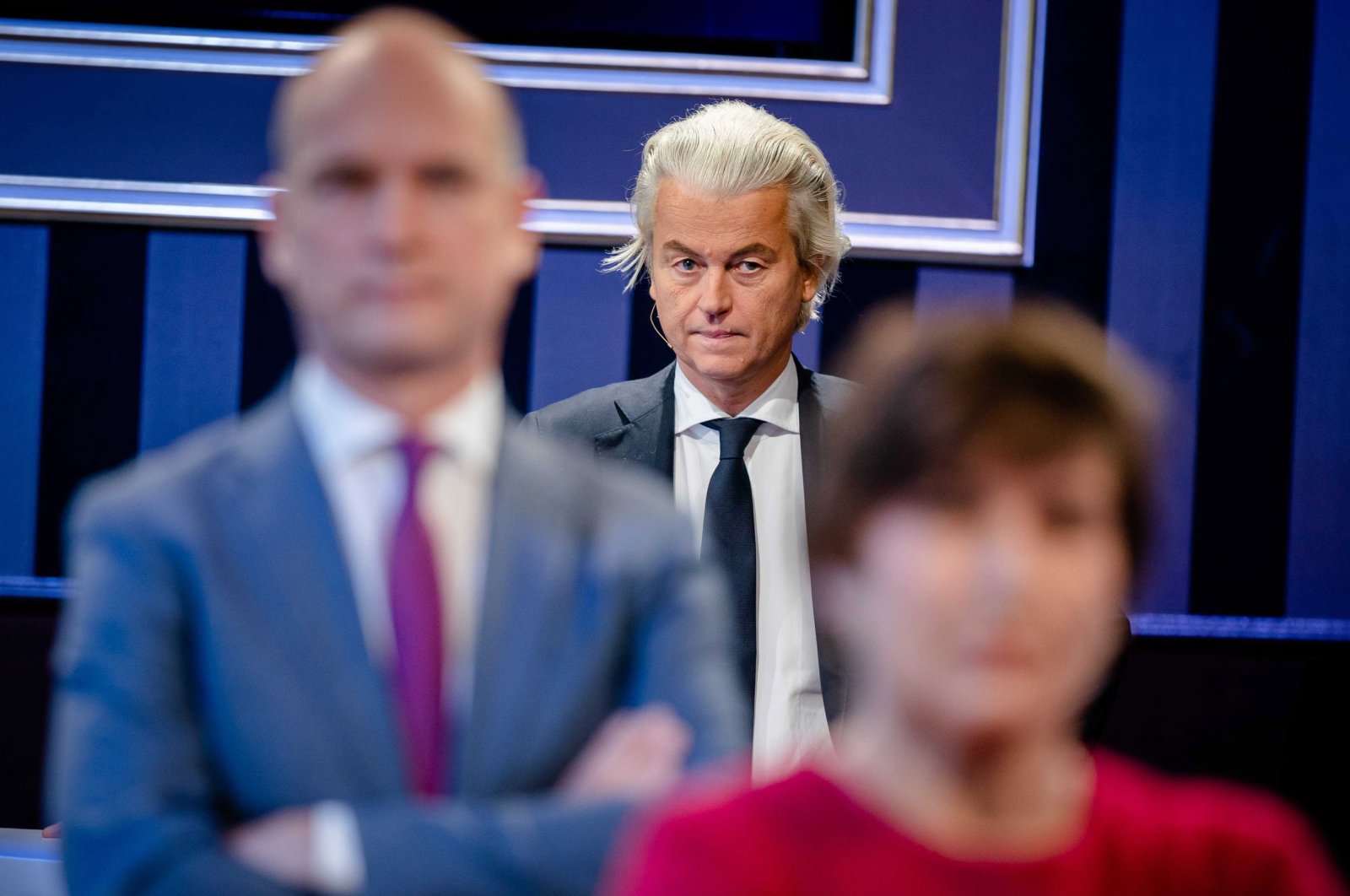 Far-right Dutch politician Geert Wilders came under fire for a provocative post he shared on Twitter, calling Turkish President Recep Tayyip Erdoğan a “terrorist,” as officials criticized the lawmaker and prosecutors launched an investigation into his post.

Thousands of Twitter users shared messages criticizing Wilders with the hashtag #TerroristWilders, which became a trending topic within a few hours.

“Erdogan is democratically elected by the Turkish people and is the leader who fights the terrorist organization DAESH the most in Syria,” one user said, adding that Wilders was the “real terrorist.”

Other users called Wilders a pig and a devil and said he was racist.

Presidential Communications Director Fahrettin Altun criticized a recent report by the National Security and Struggle against Terrorism Coordinator (NCTV), the main counterterrorism unit in the Netherlands, saying that it is biased and agrees with the ideology of neo-Nazis.

In a statement posted on his Twitter account, Altun said the statement of far-right politicians like Geert Wilders and his supporters did not mean anything, but what is really concerning is that seemingly moderate governments and policymakers in Europe seem to agree with such ideology.

Altun slammed the report for being inaccurate and ignorant.

No word that Geert Wilders and his merry band of neo-Nazis ever uttered has amounted to anything.

The real danger is that seemingly moderate governments and ostensibly responsible policymakers in Europe seem to concur.

The aforementioned report, secretly prepared by the NCTV, claimed that the unit wanted to warn Dutch municipalities and authorities against Turkish associations in the Netherlands, according to the HP/De Tijd, a Dutch language monthly magazine. The report also claimed that the Turkish citizens in the Netherlands were likely to be manipulated by President Recep Tayyip Erdoğan, who they said allegedly wanted to become the leader of Sunni Muslims around the world.

In response to the leaking of the report, NCTV expressed they were sorry about it as they are still in the process of investigating Turkey’s influence in the Netherlands and the report was incomplete.

The ruling Justice and Development Party (AK Party) Spokesperson Ömer Çelik also criticized Wilders, saying that he would’ve been remembered as a “cursed Nazi” if he lived during World War II.

“If he lived in the Middle East now, he would have been a Daesh murderer, but because he lives in the Netherlands today, he has become an ugly anti-humanity fascist,” Çelik said, adding that he is a candidate for killing innocent migrants if he had the chance to do so.

“It is only natural for this fascist to attack our president, who has embraced migrants fleeing death,” Çelik said, adding that Wilders is also the enemy of humanitarian values.

The chief public prosecutor’s office in the capital Ankara said in a statement that the probe involving Wilders, who heads the Party for Freedom, was opened due to a Twitter post, “including a photograph and written insult about President Recep Tayyip Erdoğan on Feb. 15.”

In a later tweet, Wilders shared a drawing of Erdoğan with the Daesh terrorist flag in the background and called him a terrorist.

Turkey was one of the first countries to declare Daesh a terrorist group in 2013. The country has since been attacked by the group’s terrorists multiple times. The terrorist group has carried out at least 10 suicide bombings, seven bomb attacks and four armed attacks, killing 315 people and injuring hundreds more. In response, Turkey launched anti-terror operations at home and abroad to prevent further attacks. Daesh terrorists frequently attempt to enter Turkey by crossing the border through Syria.

Wilders, the leader of the Dutch anti-Islam Party for Freedom (PVV), lost four seats in the European Parliament election in May 2019, in which the Social Democrat Party emerged as the surprise winner.

Relations between Turkey and the Netherlands were significantly damaged during the constitutional referendum in 2017. Turkish ministers and politicians in favor of a “yes” vote for the referendum were banned from holding rallies, while those in favor of the “no” vote freely held gatherings without any interference.

The Dutch government canceled the Turkish foreign minister’s flight clearance and blocked the family minister’s convoy from entering the Turkish consulate in Rotterdam. The ministers were due to meet the Turkish population in the country ahead of the April 16 referendum.

Then-Family and Social Policies Minister Fatma Betül Sayan Kaya was detained by Rotterdam police and deported to Germany after a five-hour standoff in front of the consulate building.