New restrictions for unvaccinated as COVID-19 cases soar in Greece 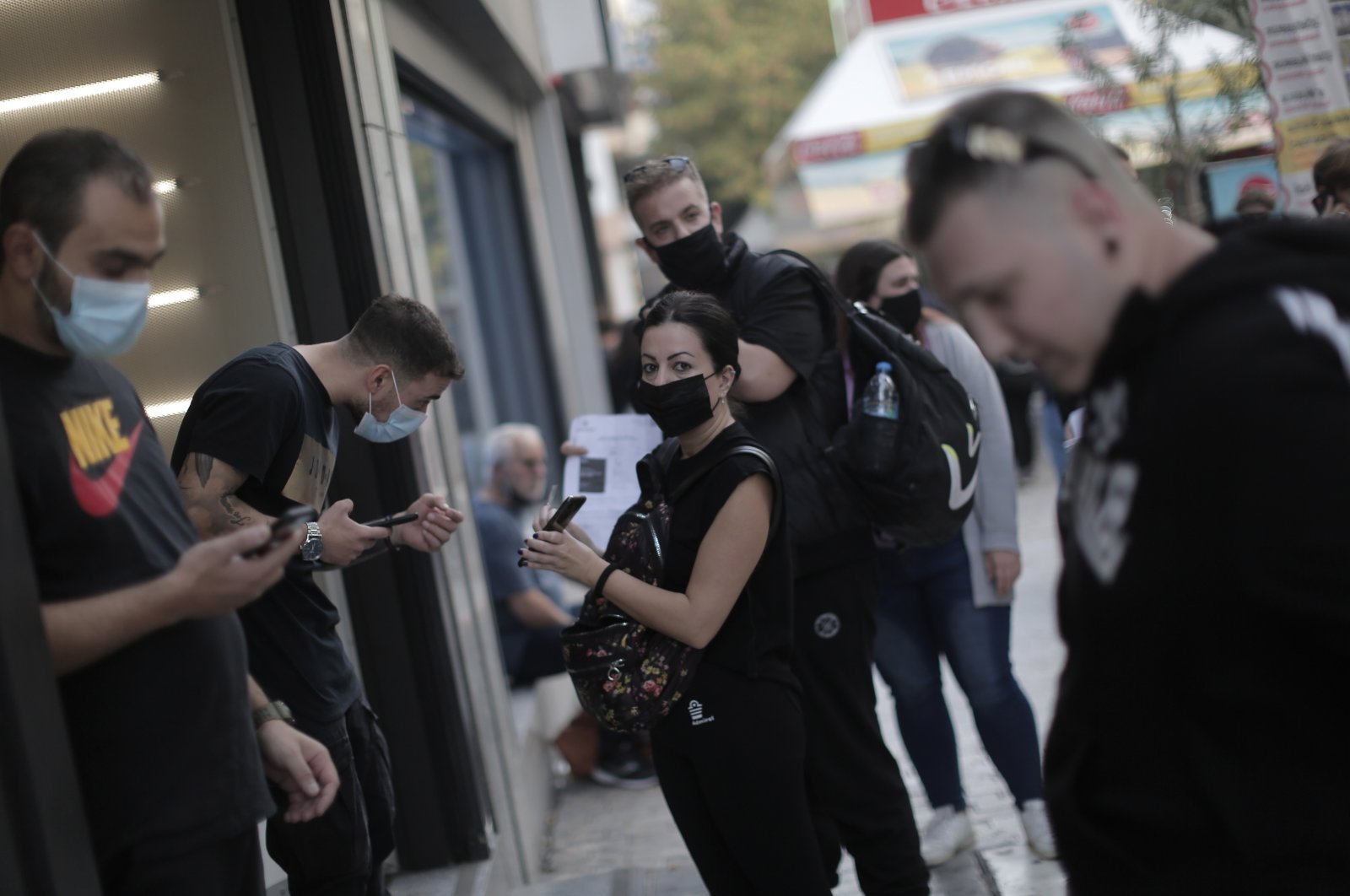 An employee scans the vaccination certificate of a customer at the entrance of a retail store in Athens, Greece, Nov. 6, 2021. (EPA Photo)
by REUTERS Nov 06, 2021 7:15 pm
RECOMMENDED

With new restrictions going into effect Saturday, long queues formed outside shops in Athens. Due to soaring COVID-19 infections, Greece requires those who remain unvaccinated to show negative COVID-19 tests.

COVID-19 infections in Greece hit a new daily high almost every day in November, prompting authorities to announce new measures on Tuesday, which also restrict access to cafes and restaurants, state services and banks to those who are either vaccinated or have a negative test.

Those vaccinated against COVID-19 also have to present their vaccination certificates, triggering long lines outside shops in the capital's busiest shopping street, Ermou.

"I don't like it," said Soula Tsaousi as she waited in line outside a clothes shop in central Athens. "We don't live in a jail, we're civilized human beings and I don't like it at all."

Greece reported 6,909 new coronavirus infections on Friday, breaking a previous single-day record of 6,808 recorded on Thursday. This took the total number of infections to 774,265 since the pandemic began last year. Some 16,200 death people have died.

Some Greeks were in favor of the new rules.

"They will be effective as long as they are implemented correctly and by all," said Giorgos, a customer in a cafe who declined to give his last name. "I think they were late in coming too, they should have implemented these measures a lot sooner."

As part of the new measures, all unvaccinated workers should also test negative twice a week. Most unvaccinated in Greece are now required to present a negative test once a week to get to their workplace.

About 60.5.% of a population of about 11 million are fully vaccinated against COVID-19, according to the latest data.