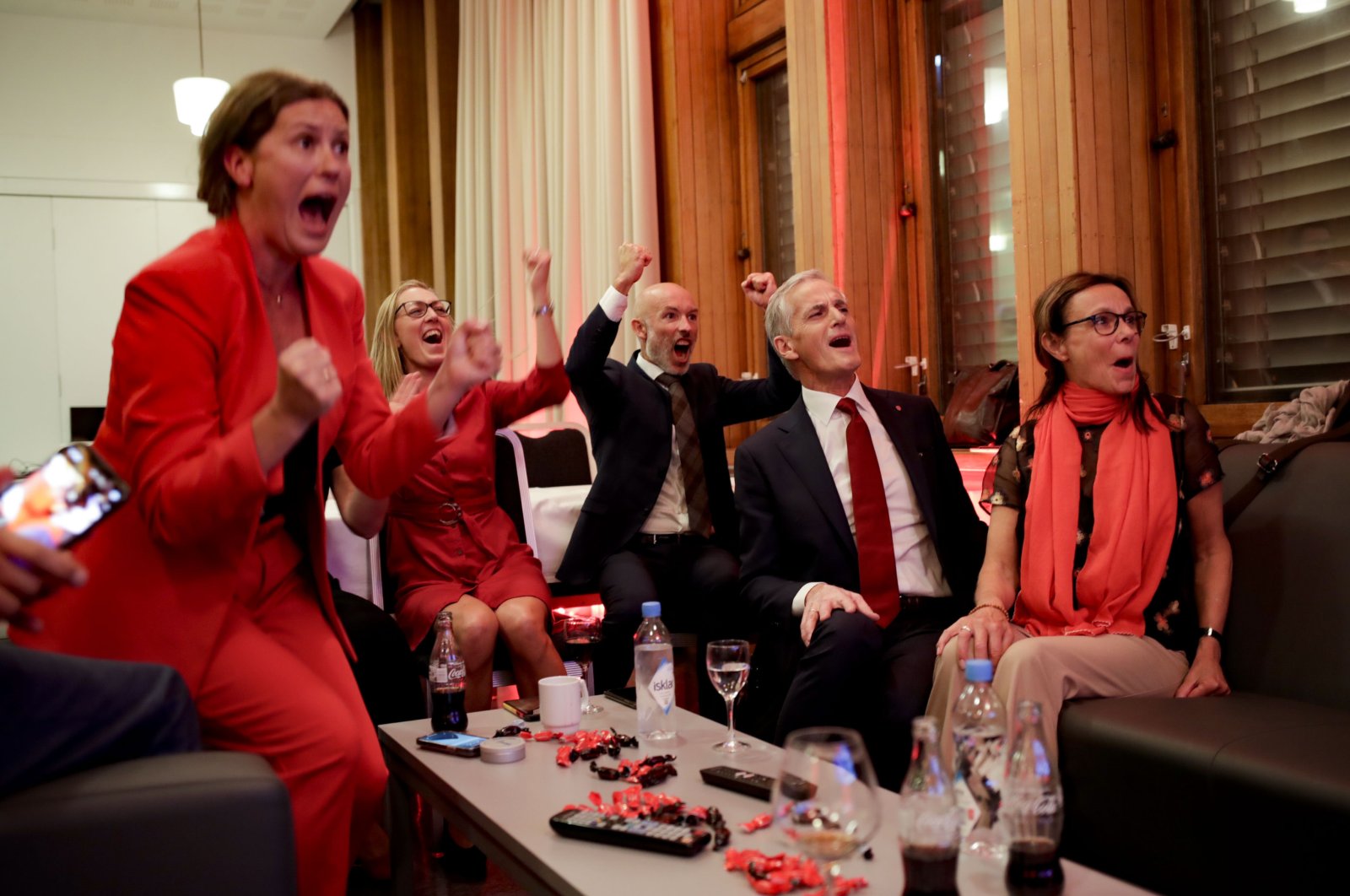 "We waited, we hoped, and we have worked so hard, and now we can finally say it: We did it!" Store, in all likelihood the next prime minister, told cheering supporters after Solberg conceded defeat.

The five left-wing opposition parties were projected to win 100 of the 169 seats in parliament. Labour was even expected to win an absolute majority with its preferred allies, the Centre Party and the Socialist Left, preliminary results showed with more than 95% of votes counted. That eliminated concerns about having to rely on the support of two other opposition parties, the Greens and the communist Red Party.

"Norway has sent a clear signal: the election shows that the Norwegian people want a fairer society," said the 61-year-old millionaire who campaigned against social inequalities.

The five countries in the Nordic region – a bastion of social democracy – will thus all be governed by left-wing governments soon.

"The Conservative government's work is finished for this time around," Solberg told supporters. "I want to congratulate Jonas Gahr Store, who now seems to have a clear majority for a change of government," said the 60-year-old Solberg, who has steered the country through multiple crises, including migration, dropping oil prices and the COVID-19 pandemic over the past eight years.

The Greens had said they would only support a left-wing government if it vowed an immediate end to oil exploration in Norway, an ultimatum Store had rejected. Store has, like the Conservatives, called for a gradual transition away from the oil economy.

The August "code red for humanity" report from the Intergovernmental Panel on Climate Change (IPCC) put the issue at the top of the agenda for the election campaign and forced the country to reflect on the oil that has made it immensely rich.

The report energised those who want to get rid of oil, both on the left and, to a lesser extent, the right. The oil sector accounts for 14% of Norway's gross domestic product, as well as 40% of its exports and 160,000 direct jobs. In addition, the cash cow has helped the country of 5.4 million people amass the world's biggest sovereign wealth fund, today worth close to 12 trillion kroner (almost 1.2 trillion euros, $1.4 trillion).

A former minister in the governments of Jens Stoltenberg between 2005 and 2013, Store is now expected to begin negotiations with the Centre, which primarily defends the interests of its rural base, and the Socialist Left, which is a strong advocate for environmental issues. The trio, which already governed together in Stoltenberg's coalitions, often have diverging positions, notably on the pace at which to exit the oil industry.

The Centrists have also said they would not form a coalition with the Socialist Left.