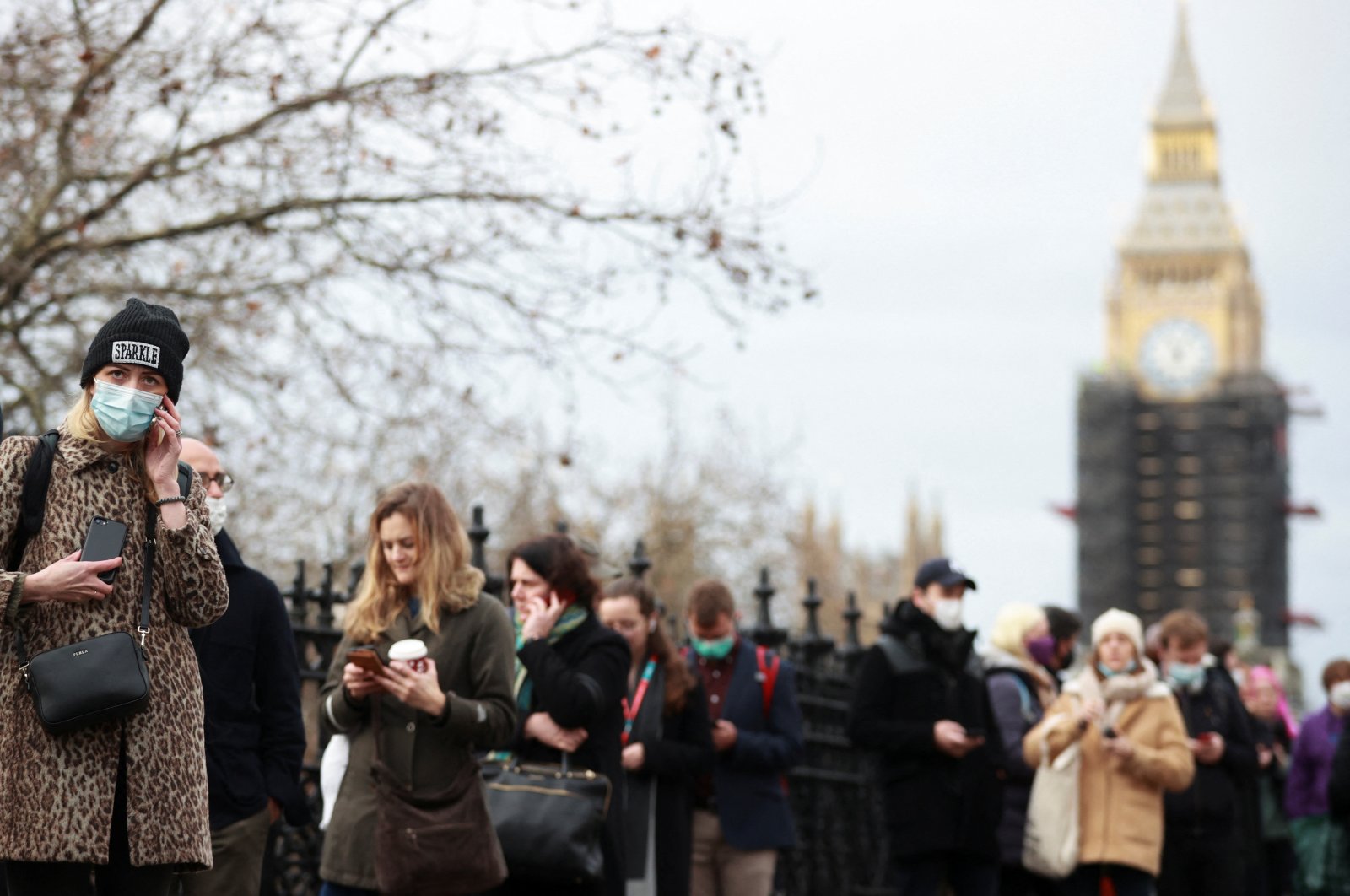 Britain said on Monday that the omicron coronavirus variant was spreading at a "phenomenal rate" and now accounted for about 40% of infections in London, urging people to get a booster shot as the double-vaccinated are still vulnerable.

Since the first omicron cases were detected on Nov. 27 in the United Kingdom, Prime Minister Boris Johnson has imposed tougher restrictions and told the nation on Sunday that a "tidal wave" of omicron was coming. Britain says that unless action is taken there could be a million people infected with omicron by the end of the month.

"It's spreading at a phenomenal rate, something that we've never seen before, it's doubling every two to three days in infections," Health Secretary Sajid Javid told Sky News. "That means we're facing a tidal wave of infection, we're once again in a race between the vaccine and the virus."

Johnson, who is grappling with a rebellion in his party over measures to curb omicron and an outcry over alleged parties at his Downing Street office during last year's lockdowns, said people should rush to get booster vaccines to protect "our freedoms and our way of life."

After COVID-19 was first detected in China in late 2019, he faced criticism for initially resisting lockdown. Johnson has also been criticized for overseeing mistakes in transferring patients into care homes, and for building a costly test-and-trace system that failed to stop a deadly second wave.

He has repeatedly said that while mistakes were made, the government was making decisions at pace in the biggest public health crisis for generations and that his government was swift to roll out vaccines.

Across the world, COVID-19 has killed 5.3 million people, wiped out trillions of dollars in economic output and turned normal life upside down for many. In the United Kingdom, more than 146,000 people have died from COVID-19.

According to Sky News, Britain on Monday recorded the world's first death from the omicron variant.

"Sadly, at least one patient has been confirmed to have died with Omicron," Johnson told reporters.

As Johnson tries to stem the spread of omicron, he faces growing anger from libertarians in his party over stiffer COVID-19 rules and sinking poll ratings.

He has faced criticism over his handling of a sleaze scandal, the awarding of lucrative COVID-19 contracts, the refurbishment of his Downing Street flat and a claim he intervened to ensure pets were evacuated from Kabul during the chaotic Western withdrawal in August.

An Ipsos MORI survey for The London Evening Standard newspaper showed opposition Labour leader Keir Starmer's ranking was 13 percentage points ahead of Johnson, the first time a Labour leader had been viewed as a more capable prime minister since 2008. It also echoed other polls by showing Labour up three points on 39% ahead of Johnson's Conservatives, who were down one point since the last survey in November on 35%.

The government wants to offer all adults a booster by New Year, an ambitious target given the Christmas holiday and that vaccinating 1 million people per day is around double the current 530,000 per day.