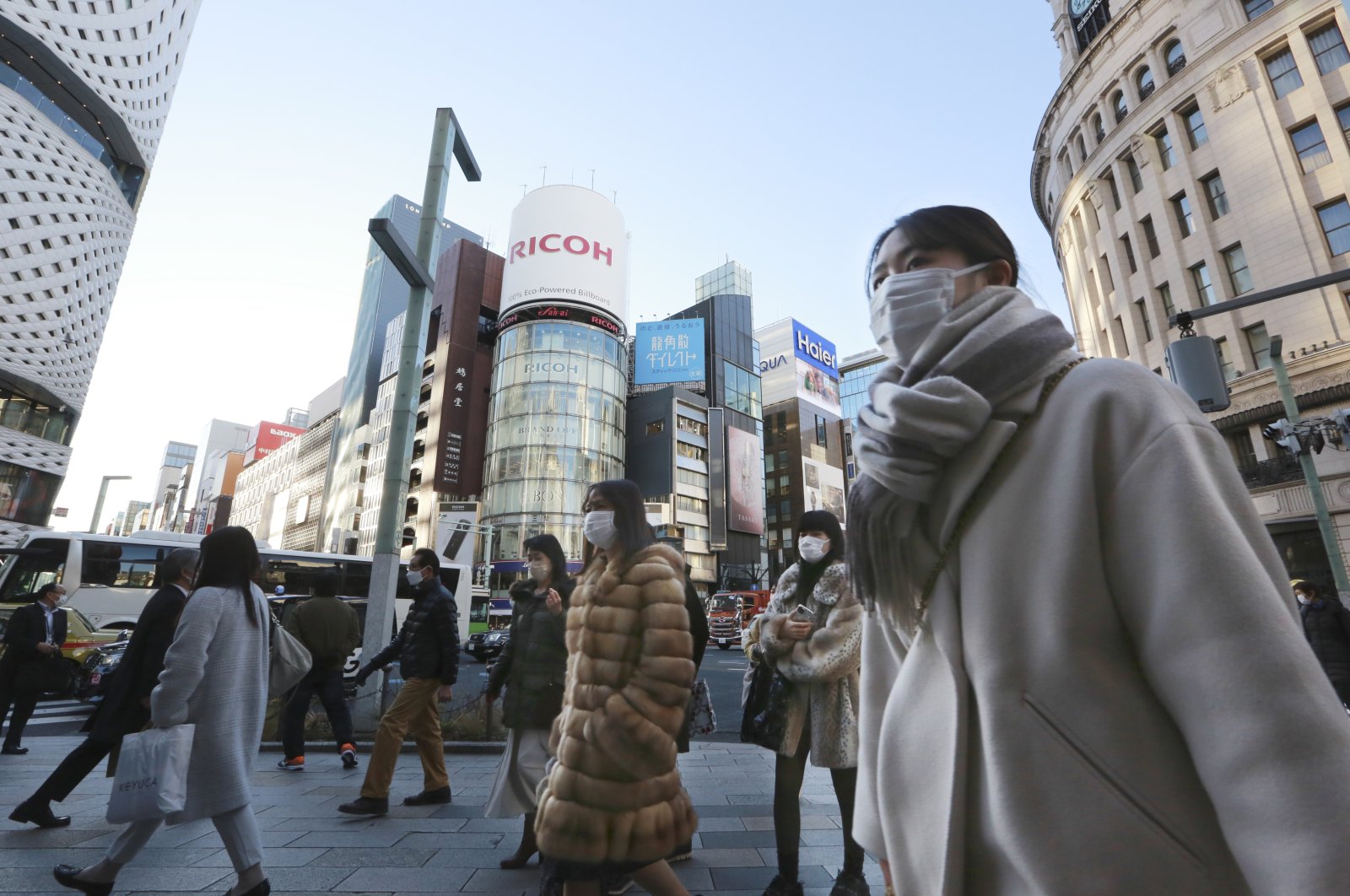 The highly contagious omicron variant is leaving millions of people in limbo, while the EU's health agency warns that the variant may transform COVID-19 into an endemic disease we can all live with

The spread of the omicron variant is pushing COVID-19 toward being an endemic disease that humanity can live with, although it remains a pandemic for now, the European Union's drug watchdog said Tuesday.

The European Medicines Agency (EMA) also expressed doubts about giving a fourth vaccine shot to the general population, saying repeated boosters were not a "sustainable" strategy.

"Nobody knows exactly when we will be at the end of the tunnel but we will be there," Marco Cavaleri, the head of vaccine strategy at the Amsterdam-based regulator, told journalists.

"With the increase of immunity in population – and with omicron, there will be a lot of natural immunity taking place on top of vaccination – we will be fast-moving toward a scenario that will be closer to endemicity," he added.

But he stressed that "we should not forget we are still in a pandemic," noting the huge burden on health care from the surge in omicron.

The World Health Organization (WHO) said earlier Tuesday that more than half of people in Europe were on track to catch the variant in the next two months. The WHO also warned that repeated COVID-19 boosters is not a viable strategy.

"If we have a strategy in which we give boosters every four months, we will end up potentially having problems with immune response," the EMA's Cavaleri said. "And secondly, of course, there is the risk of fatigue in the population with continuous administration of boosters."

Countries should instead start thinking about spacing out boosters at longer intervals and synchronizing them with the start of the cold season in the way that flu vaccines are currently administered, Cavaleri said.

The EMA separately said that studies had confirmed that despite being more infectious, the risk of hospitalization from the omicron variant was between one-third and half of that posed by the delta strain.

The European countries continued to report a record number of infections, with Germany becoming the latest to break its previous record of cases. Germany reported 80,430 new coronavirus infections on Wednesday, the highest recorded in a single day since the pandemic began, as the contagious omicron variant rips through a population with lower vaccination rates than some other parts of Europe.

Germany's tally of infections now stands at 7,661,811. The death toll also rose by 384 on Wednesday to reach 114,735. Just under 75% of the population has had at least one dose of a COVID-19 vaccine, the latest figures from the Robert Koch Institute for infectious disease show.

The seven-day incidence rate, a key yardstick in deciding coronavirus policy, has ticked up steadily since the start of the year, to stand at 407.5 cases per 100,000 people on Wednesday, versus 387.9 the day before.

Hungary's daily tally of new COVID-19 cases jumped to 7,883 on Wednesday from 5,270 reported a week earlier, but the number of patients treated in hospitals declined over the week, the government said.

The government said the new omicron variant caused 29% of the new infections, but some private labs have reported much higher figures.

Meanwhile, French Health Minister Olivier Veran said Wednesday it was too early to say if the current, omicron-fueled wave of the new coronavirus had peaked in the country, which is currently reporting record numbers of daily new cases.

"We still need a bit of time to work out whether or not we are near a current COVID peak, " Veran told France Info radio, adding that the more dangerous delta variant was declining in France.

French health authorities on Tuesday reported 368,149 new coronavirus cases, the highest single-day tally of the pandemic. And the seven-day moving average of new cases, which smoothes out reporting irregularities, rose to a record level of 283,394.

In another part of the world, the coronavirus variant has swept across Australia despite its high vaccination rate and strict border policies that kept the country largely sealed off from the world for almost two years. Those measures, which turned Australia into a virtually COVID-19-free utopia early in the pandemic, have garnered fresh scrutiny as the government has battled to deport unvaccinated tennis star Novak Djokovic ahead of the Australian Open. And they have prompted questions from frustrated and fatigued Australians about why their country – which seemingly did everything to stop the spread of the virus – now finds itself infested with it.

"Tell your population, 'Stay in your houses, you can't go past your letterbox after 8 p.m. GMT for days and months on end.' And then you're told, 'OK, we've put in the hard yards,'" said Thomas, whose company, Anthem Entertainment, is now facing its 23rd consecutive month of financial loss as bookings once again dry up. "But then here we go again. Again. Again!"

Officially, there are now more than 600,000 active cases across Australia's population of 26 million, though experts believe the actual number is far higher. The surge, health experts say, is partly due to the coinciding of two events: Politicians who were reluctant to renege on pre-omicron promises that they would relax restrictions such as mask-wearing, and the emergence of the incredibly contagious variant. Faced with the explosion of infections, the government of the most populous state, New South Wales, ultimately backtracked and reimposed mask mandates last month. But by then, epidemiologists say, it was too late.

While deaths and hospitalizations remain relatively low, the vaccines have not stopped the spread of the virus. Australia's vaccine program – which has resulted in around 80% of the total population having at least one jab – also began later than many other Western countries, leaving much of its population yet to qualify for a booster.

"Vaccination alone isn't good enough," said epidemiologist Adrian Esterman, chair of biostatistics and epidemiology at the University of South Australia. "We were doing so well until New South Wales decided it didn't want to go into lockdown."

Esterman has urged politicians to enforce mask-wearing, social distancing and improve ventilation in schools, particularly as students prepare to return after the Southern Hemisphere summer break. Children between the ages of 5 and 11 only became eligible for the vaccines this month.

"We haven't got enough vaccines for youngsters," said Esterman, who previously worked for WHO. "We know how to keep schools safe: First, get kids and teachers vaccinated, make sure ventilation is very good and you get the kids to wear masks. Do we do that in Australia? No."

Though Australia's high vaccine uptake has prevented an even worse crisis at burdened hospitals, Australian Medical Association President Dr. Omar Khorshid acknowledged it was difficult to watch Australia plummet from its position as a poster child for COVID-19 containment.

"It is certainly frustrating to see our case per head of population rate sort of getting toward the highest in the world in New South Wales, for instance, when we were at the lowest in the world not that long ago," he said. "It's a little unfortunate that the opening up of the country coincided almost perfectly with the omicron outbreak starting around the world."

In recent months, the government has pivoted from its longstanding "COVID-zero" approach to a "live with it" approach, leaving many Australians confused.

"Omicron has changed everything," Prime Minister Scott Morrison said this week. "My government is for keeping Australia open and pushing through."