Only Ukraine can determine its future: NATO's Stoltenberg 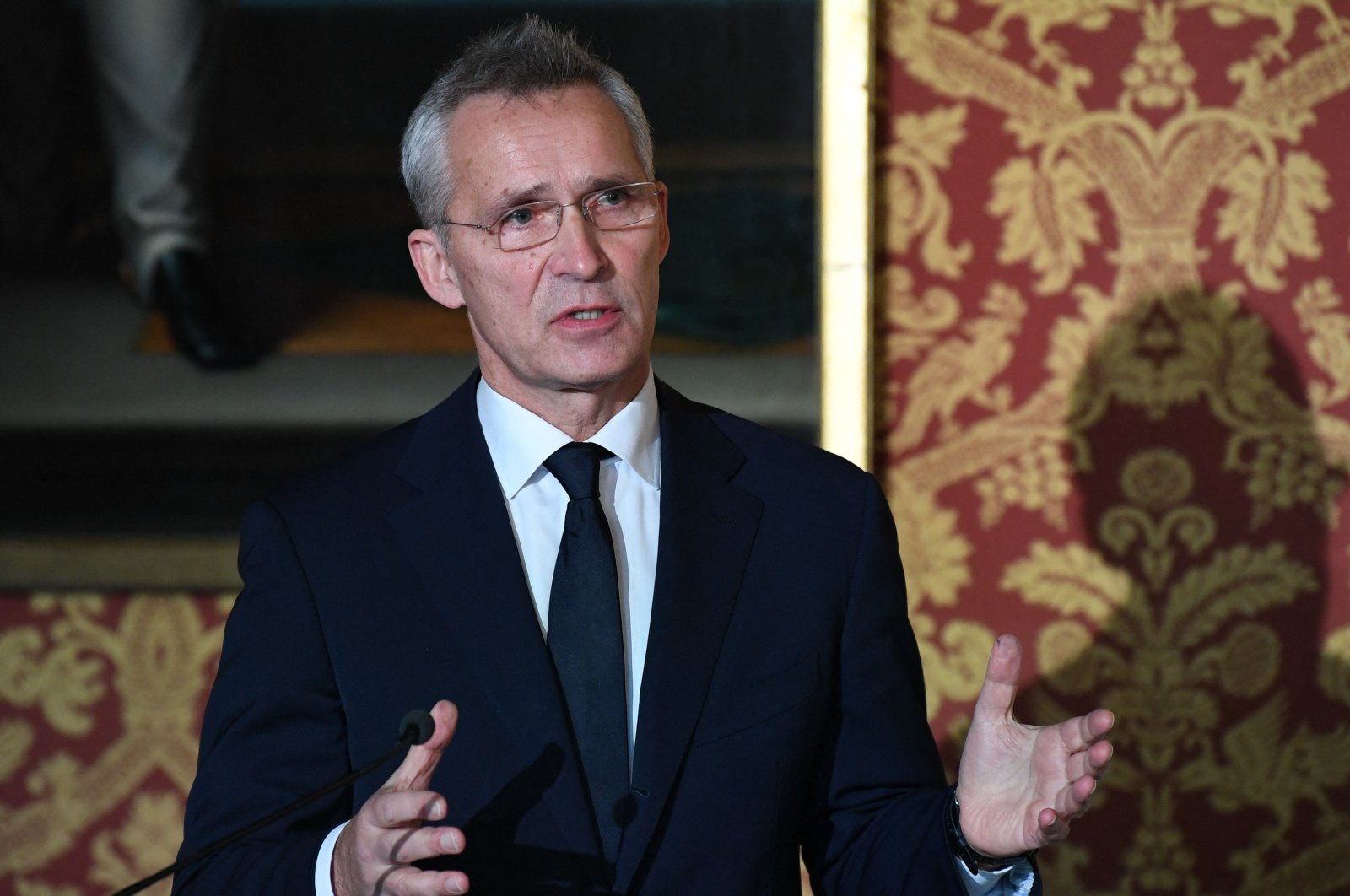 No one else but Ukraine can decide if it wants to aspire for NATO membership as a sovereign and independent nation despite Russia's efforts to control its neighbors, NATO Secretary-General Jens Stoltenberg said in a statement on Friday.

"What we see now is that Russia is trying to reestablish its sphere of influence where it tries to control what neighbors can do," Stoltenberg said at a news conference in Paris following his meeting with French Foreign Minister Jean-Yves Le Drian and Defense Minister Florence Parly in which they discussed, among other issues, the recent Russian military buildup in and around Ukraine.

"It has been stated again and again, starting back in the Helsinki Final Act in 1975 and many times since then, that every nation in Europe has the right to choose some path, and that includes Ukraine," he replied to a question about the possibility of Ukraine's joining the NATO.

He stressed that Ukraine, as a sovereign and independent nation, is free to decide if "they aspire for (NATO) membership, and then it is for the 30 allies to decide when Ukraine is ready to join their lines, and no one else" is allowed to determine Ukraine's future.

While Le Drian reminded Russia that aggression against Ukraine would entail "massive strategic consequences," Stoltenberg called on Russia to de-escalate, respect Ukraine's sovereignty and territorial integrity, and return to diplomacy.

"This crisis requires a political and diplomatic solution," he said, hailing the phone call between United States President Joe Biden and his Russian counterpart Vladimir Putin.

The leaders also talked about the EU's plans to reinforce its defense policy.

According to Parly, NATO would remain the cornerstone of European security and interoperability, but the EU had to strengthen its capabilities, especially in the fields of technological innovations, cyber defense, and crisis response.

Stoltenberg welcomed the EU's commitment to invest more in defense but warned that the EU needed "more resources and better capabilities that can be used by both NATO and the EU rather than new structures which risk duplicating what we already have."

The action guide sets concrete proposals and timelines for strengthening EU defense, such as setting up a swiftly deployable EU force of 5,000 troops, investing in industrial capabilities, and securing the EU against cyberattacks.

The final document is expected to be adopted in March.

The NATO and the EU are also working on a joint declaration to be published before the 2022 NATO summit in Spain.