"Our end is near," Greek mayor says amid wildfires across country 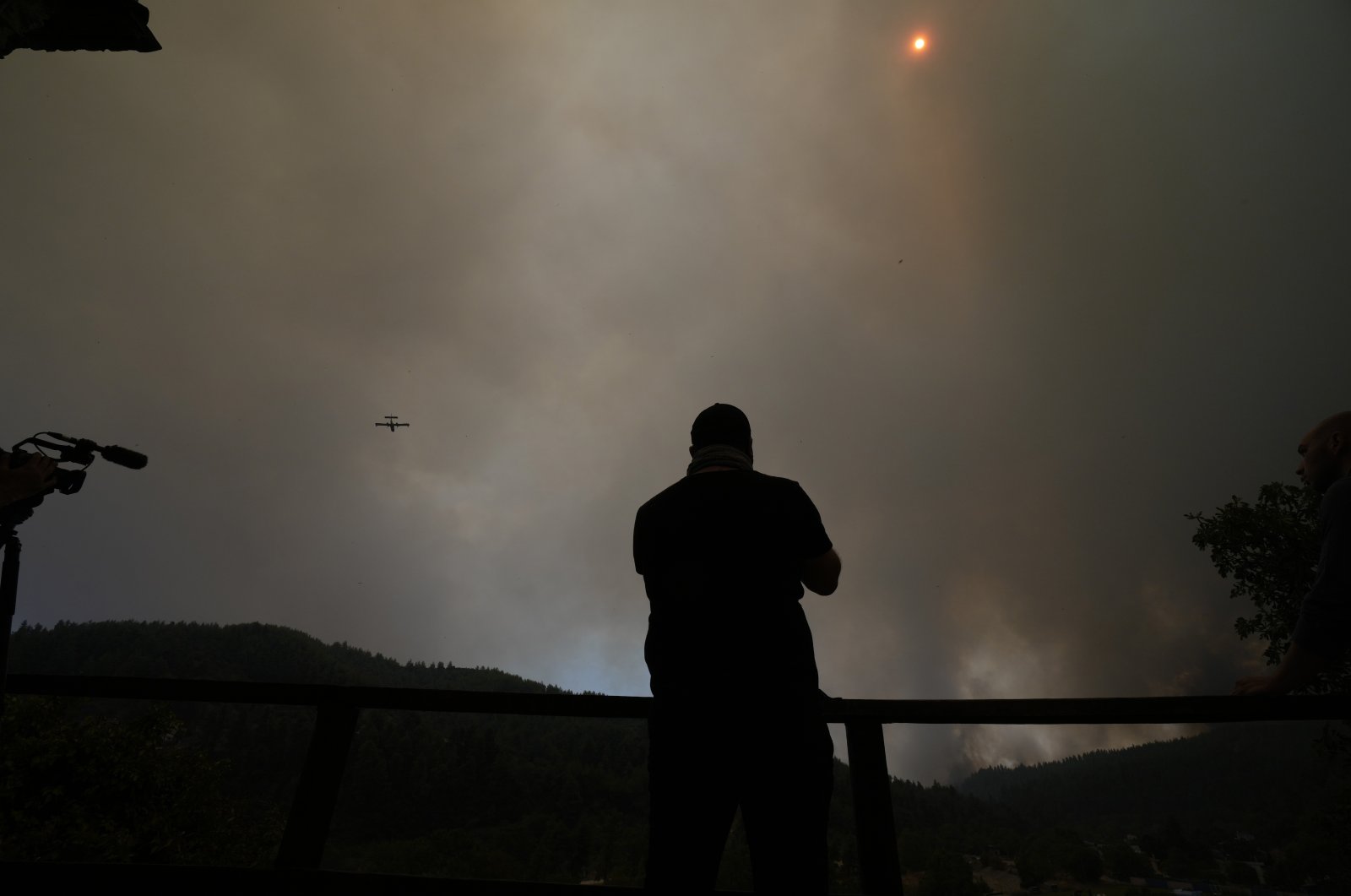 Devastating wildfires have continued unabated on Sunday across Greece as people are being evacuated from blazes that resemble hell on Earth in some areas.

"We are alone. Our end is near," Giannis Kotzias, mayor of the endangered city of Istiaia told Greek broadcaster Skai.

The harbor town is in the north of Evia, Greece's second-largest island, which has been the site of some of the worst blazes this season.

Tempers are also flaring on the island, where aerial firefighting only began on Sunday. Many complain of being left to their fate, battling blazes that stretched across multiple square kilometers that sometimes turn into walls of flame stretching up to 7 kilometers.

"They left us to burn," one man told Skai, noting how the country's firefighting plane fleet has been focusing on the area around Athens up until now.

"We couldn't be everywhere. You just have to imagine what would happen if the fires north of Athens had expanded to a densely settled area," said one firefighter.

There were reports that the situation was stabilizing north of Athens on Sunday, with fire crews reporting that they have been able to extinguish some smaller blazes, according to one official in comments to the state broadcaster.

Crews surveying the situation north of Greece said they had counted about 300 houses and industrial buildings destroyed in the blazes and said it would take about 15 days to restore power to the region. Water service has yet to be fully restored as well.

Prime Minister Kyriakos Mitsotakis has made a point of saying multiple times in recent days that the priority is saving lives, not property or forests. There are about 4 million residents of greater Athens, where Evia has a population of about 220,000 and the area most endangered by flames is primarily wooded.

That said, thousands of people have been evacuated from the island. Ferries were active again on Sunday, picking up people from the shoreline because it was no longer safe to use the roads. The smoke from the flames was spreading and had even been detected in Athens, 100 kilometers (62 miles) away.

The situation was little better on the Peloponnesian Peninsula, where a fire is burning south of the town of Megalopolis and another one on the peninsula's western part is moving further inland in the heavily wooded area of Arcadia, near Olympia.

The regional mayor is demanding more air support to fight the fires and has also slammed decisions to keep firefighting aircraft near Athens until now, thus allowing fires to burn out of control in other parts of the country.

Greece has been baked by its most protracted heat wave in 30 years, with temperatures soaring to 45 degrees Celsius (113 degrees Fahrenheit). Temperatures eased Friday but the winds picked up, further exacerbating the situation.

Greek and European officials also have blamed climate change for the large number of fires burning through southern Europe, from southern Italy to the Balkans, Greece and Turkey.