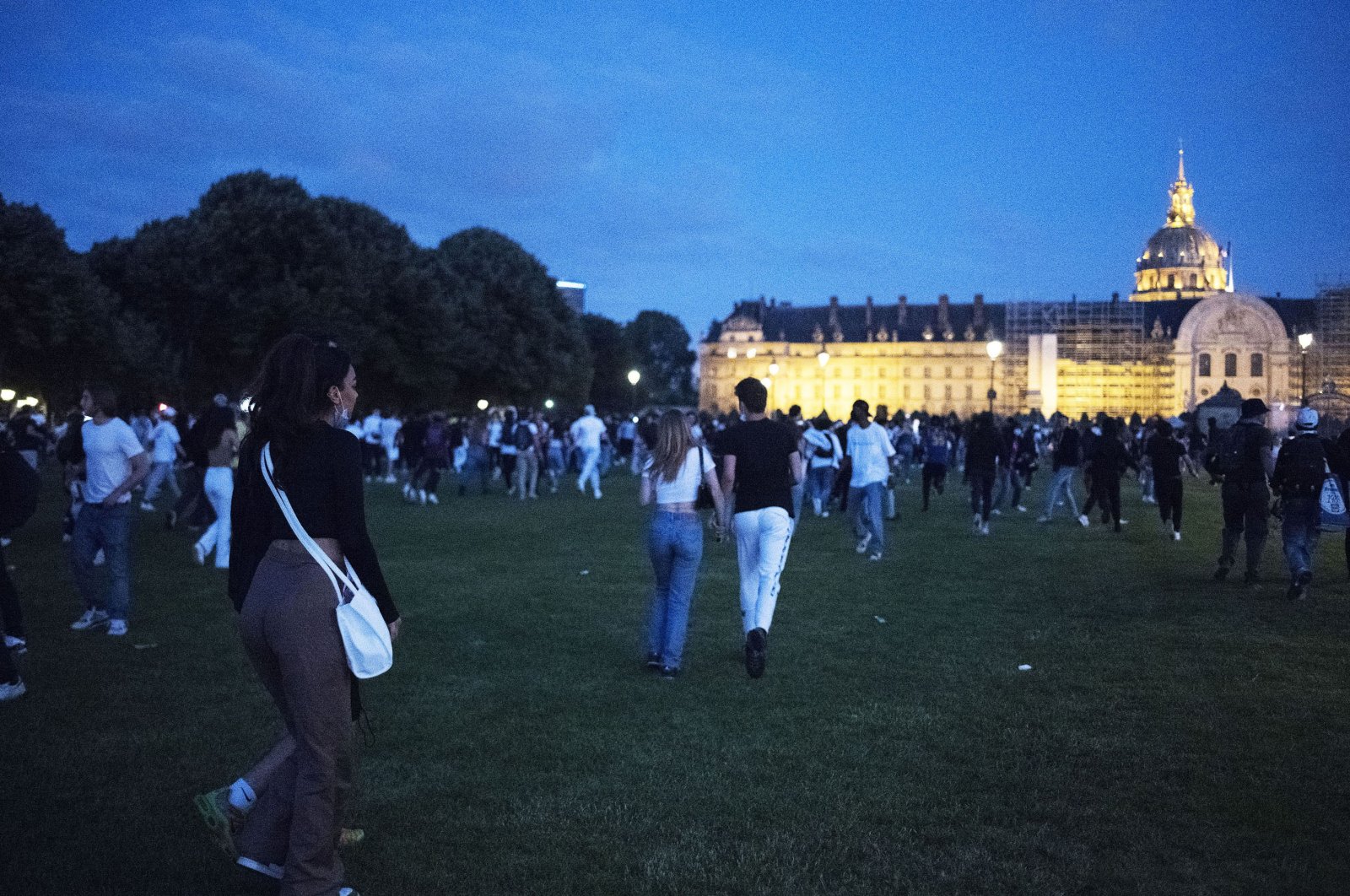 Hundreds of youths were dispersed by local police with tear gas after they gathered for a street party in Paris, prompting the arrest of three, officials said Sunday. The party people were defying COVD-19 social distancing limits and an 11 p.m. (9 p.m. GMT) curfew.

The so-called Project X gathering on Saturday, a reference to an American film from 2012, on the vast lawns in front of the Invalides war museum was the third party at the site since Thursday.

Videos on social media showed largely maskless youths surrounding a car and then climbing and jumping on its roof, while others bombarded police vans with bottles.

Other mass parties were broken up after midnight in the Tuileries gardens near the Louvre and on the banks of the Seine river, police said, as people enjoying warm evenings outside found it difficult to respect the coronavirus curfew.

Many bars across the city remained open after 11 p.m. over the weekend, the first since the curfew was pushed back from 9 p.m. last Wednesday, according to Agence France-Presse (AFP) reporters.

"We had our 'bac' (high school exit exam) this year and we really needed to let loose," said Cedric, 17, who came with friends from the nearby 15th district of the capital.

Officials have urged people to continue respecting social distancing limits as the country emerges from its third COVID-19 lockdown.

Since Wednesday, bars and restaurants are allowed to serve patrons indoors for the first time since October, with a maximum of six people per table, and the government plans to drop the nationwide curfew entirely on June 30.

"I understand and obviously I share the desire of these youths and other people to get together again and have a good time," said Marlene Schiappa, the minister in charge of citizenship.

"But the virus is still here, the pandemic still exists, and we need to respect the health rules," she told Europe 1 radio.

Health authorities reported 3,972 new cases over the previous 24 hours on Saturday, while the number of patients in intensive care fell to 2,110, far below the peak of nearly 6,000 during the third wave of cases that began in March.

Thirty-four deaths were reported, bringing the French total to 110,407.