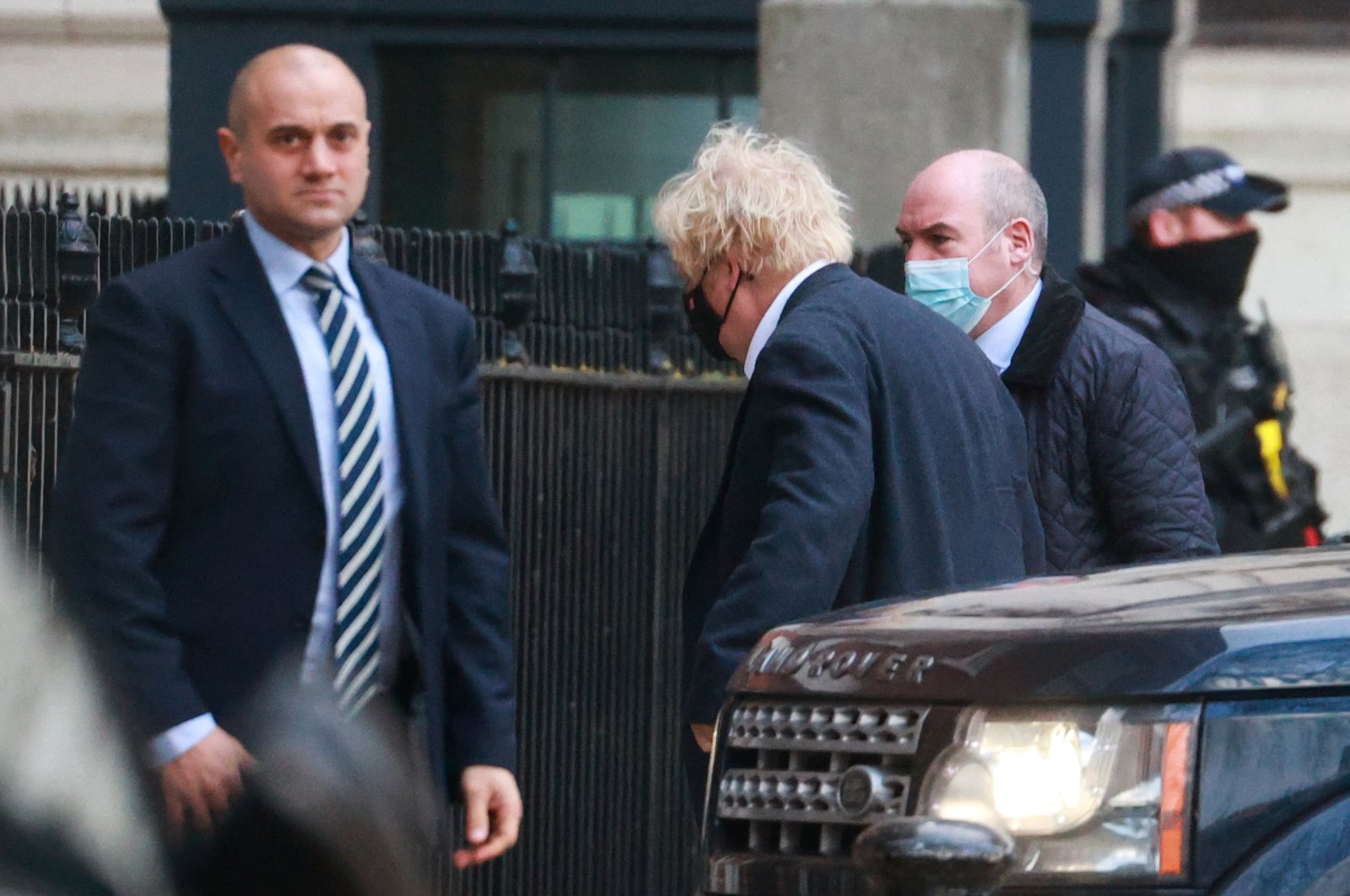 Boris Johnson's deputy issued the latest of a string of denials on Monday that the prime minister had broken lockdown rules after a photograph appeared of him and more than a dozen others drinking wine in the garden of his Downing Street residence.

The photograph of the gathering, reportedly taken in May last year, follows reports of other apparent social events during times when his government had told Britons they should not mix with others.

Growing public anger at the gatherings has raised doubts about Johnson's authority within his Conservative Party as ministers consider new restrictions to control a surge in COVID-19 cases. The party lost a long-held parliamentary seat in a by-election last week.

The picture, published by the Guardian newspaper late on Sunday, shows Johnson with his partner Carrie, who appears to be holding their newborn son, and two other people at a table on a terrace in the Downing Street garden with cheese and wine.

Nearby is another table of four other people, and a short distance away is a larger group standing on the grass around a table with bottles of wine. At the time, the government had told the public they could only meet one person in an outdoor public place, keeping two meters (6.5 feet) apart.

"Downing Street use that garden as a place of work," Deputy Prime Minister Dominic Raab told Times Radio. "That's not against the regulations."

"It is palpably not a social gathering, because you had people in work suits, following meetings that they were having at work," Raab said.

The opposition Labour Party seized on the photograph, calling it further evidence that Johnson and his staff did not take the restrictions they had imposed on others seriously.

"Ask yourself, is that a work meeting going on or is that a social event ... I think the answer is pretty obvious," Labour leader Keir Starmer told reporters.

"During that period there were funerals of people where very few people could go and mourn those that had tragically died ... that's the contrast."

"He and the prime minister really are laughing at us, aren’t they," said Labour lawmaker and spokesperson Bill Esterson.

Johnson has faced a barrage of criticism since a video emerged showing his staff laughing and joking about a Downing Street party during a 2020 Christmas lockdown when such festivities were banned.

Raab said the latest photograph to appear was taken on a day when the government had just held a news conference and that sometimes staff had a drink in the garden after a long day.

Johnson's partner Carrie, Raab said, had popped down from the Downing Street flat to spend some time with him.

Besides anger over alleged parties, Johnson is grappling with a rebellion inside his party over the direction of his government, which critics say is chaotic and has dramatically expanded the power of the state.

Brexit minister David Frost resigned on Saturday over disillusionment with the direction of the government. Speaking to reporters on Monday he cited his opposition to "coercive policies" on COVID-19.