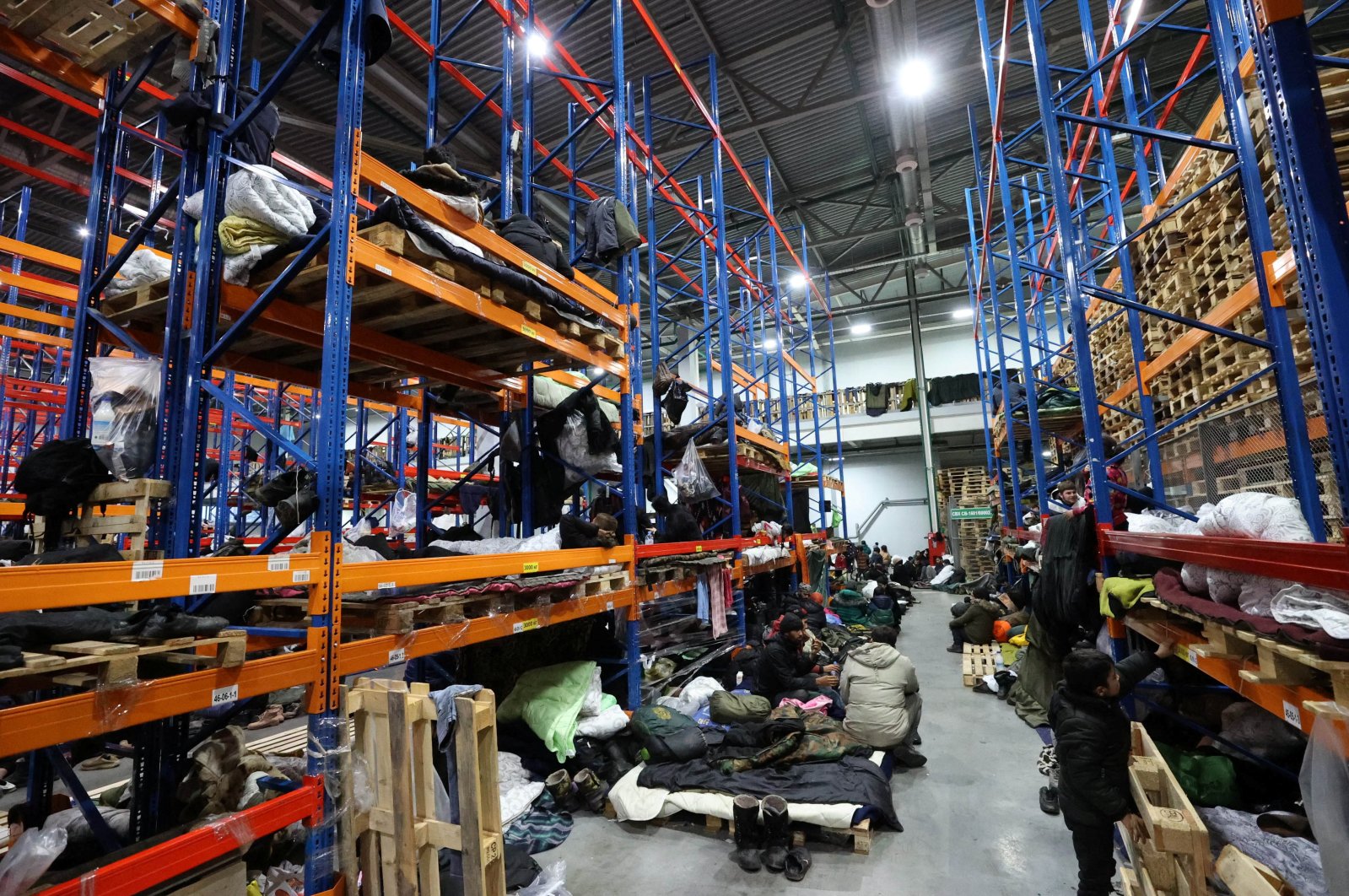 Migrants stay in the transport and logistics center Bruzgi on the Belarusian-Polish border in the Grodno region, Belarus, Nov. 19, 2021. (Maxim Guchek/BelTA/Handout via Reuters)
by German Press Agency - DPA Nov 20, 2021 12:30 pm

Several large groups of migrants attempting to breach the border between Belarus and Poland have been pushed back, Polish border officials announced on Saturday.

The attempts occurred late on Friday near the Polish town of Dubicze Cerkiewne.

"The foreigners were aggressive. They threw rocks and fireworks and used tear gas," read the statement. Polish officials recorded a total of 195 attempts to cross the border illegally.

Polish officials also reported multiple arrests for people smuggling, including four Poles, two Ukrainians, two Germans, an Azerbaijani and a Georgian. Those arrested were attempting to help a group of 34 migrants cross the border.

Tensions have been high at the border for weeks now, due to migrants massing at the EU's external border and making multiple attempts to enter the EU.

Belarusian President Alexander Lukashenko is accused by the EU of allowing migrants to enter Belarus and to then continue to the EU border in an attempt to create a new migrant crisis. Lukashenko has denied the charges.

In recent days, migrants who were at one point were camped in the forest on the border have been moved out into better accommodation on the Belarusian side of the border, though their situation remains dire, especially as temperatures plummet.