Polish fire station near Belarus opens its doors to migrants 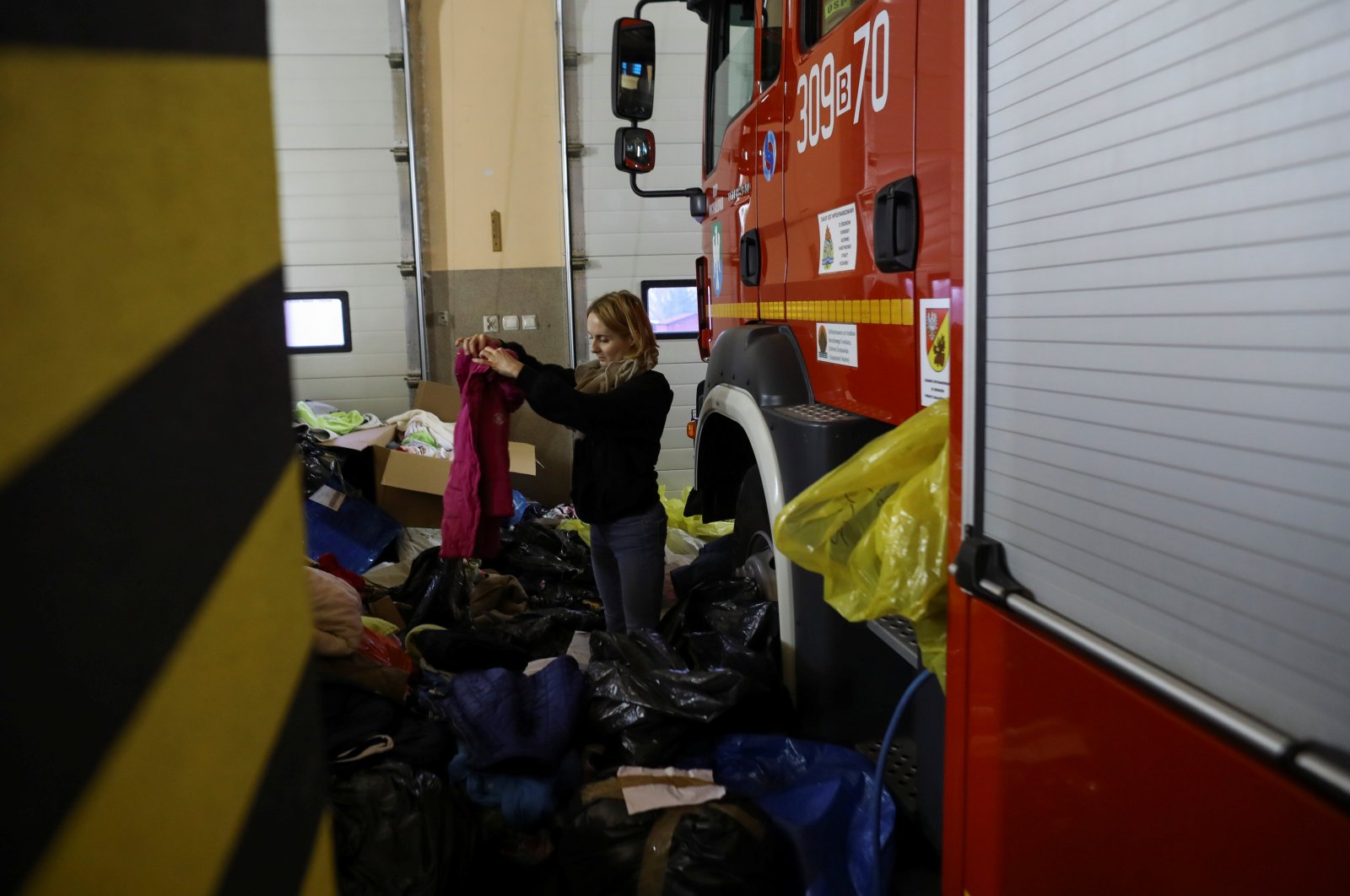 A volunteer sorts clothes for migrants at a fire station that opened its doors for migrants during the migrant crisis on the Belarusian-Polish border, Michalowo, Poland, Nov. 11, 2021. (Reuters Photo)
by REUTERS Nov 11, 2021 10:39 pm
RECOMMENDED

As the northern European winter draws near, migrants on the Polish-Belarus border face cold and hunger. Seeing this, people in the eastern Polish town of Michalowo have decided to help, setting up a center in a fire station where migrants can come for warmth, food and drink.

So far, out of the masses trying to gain entry to Poland and the European Union, two migrants, one Iraqi and the other Syrian, stayed in the fire station for two nights, according to a worker there who declined to be identified.

"I believe it has a very deep symbolic dimension because it shows that this place is friendly for migrants, that this place and the people who live here want to help. They are kind and are able to show it," said Urszula Dragan from the Families without Borders initiative, who had come to visit the center.

Most migrants in the border area remain trapped between Belarusian and Polish security services, enduring freezing weather in makeshift camps. Poland has reported at least seven migrant deaths in the monthslong crisis and other migrants have expressed fear they would die.

The center in Michalowo receives donations of food and other supplies from around Poland and even from abroad, one person working there said. In addition to providing a place to stay for migrants, the center provides supplies to organizations helping migrants on the border.

"I am impressed ... by this initiative from the townspeople, that they have this humanity in them and that they want to help these people," said Klaudia Jachira, a lawmaker from the opposition Civic Coalition grouping.

Just a few hundred meters away from the fire station, on the grounds of a school, volunteers from around Poland are running another center providing supplies to nongovernmental organizations (NGOs) on the ground.

This center was created by the Great Orchestra of Christmas Charity, which runs a fundraising event every January and buys equipment for hospitals.

"Here all the organizations, volunteers and activists can get supplied with everything they need, for example, food packages which they give directly to refugees," said volunteer Purtas Pur.

Critics of the Polish government say it is treating migrants inhumanely and not letting them apply for international protection. The government says the migrants are Belarus' responsibility as they are legally on its territory, and offers of humanitarian aid have been refused.

For Pur, the most important thing is the well-being of the migrants.

"We simply don't agree with the situation that there is here, everything should be done in a humanitarian way," he said.