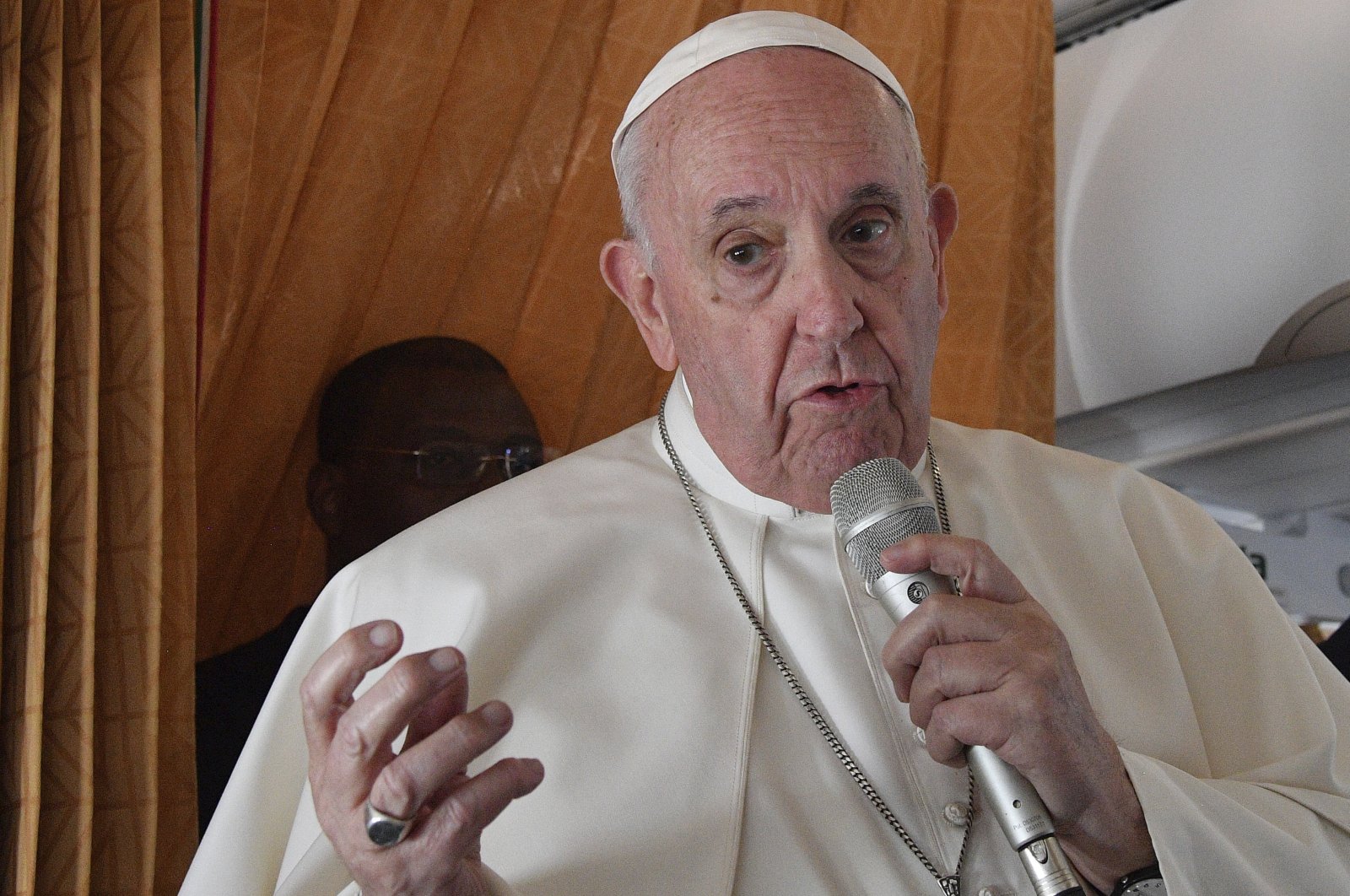 Pope Francis speaks with journalists on board an Alitalia aircraft en route from Bratislava back to Rome, Sept. 15, 2021, after a four-day pilgrimage to Hungary and Slovakia. (Pool via AP)
by French Press Agency - AFP Sep 15, 2021 7:53 pm

Pope Francis on Wednesday spoke out against "denier" cardinals who refused to get vaccinated against COVID-19, in a thinly veiled jibe at his main opponent who recently contracted the disease.

"In the College of Cardinals, there are a few deniers. One of them, the poor man, contracted the virus," the pontiff told reporters as he flew home from a trip to Slovakia.

The 84-year-old did not name the man he was referring to, but conservative U.S. Cardinal Raymond Burke, one of Francis' fiercest and most vocal critics in the Catholic Church, was recently admitted to a hospital in the U.S. with COVID-19.

The pope said that in the heart of the Vatican, "everyone is vaccinated, with the exception of a small group."

"We are studying how to help them," he said during a press conference on board the papal plane.

The pope is a strong advocate of coronavirus vaccines and has previously expressed his incomprehension with those who refuse to take it.

"It's a bit strange because humanity has a history of friendship with vaccines," Francis said, highlighting the jabs that have for decades protected children against measles or polio.

"We should clarify things and speak calmly," he advised, while also conceding that the debates over the different anti-coronavirus vaccines could create uncertainty or fear.