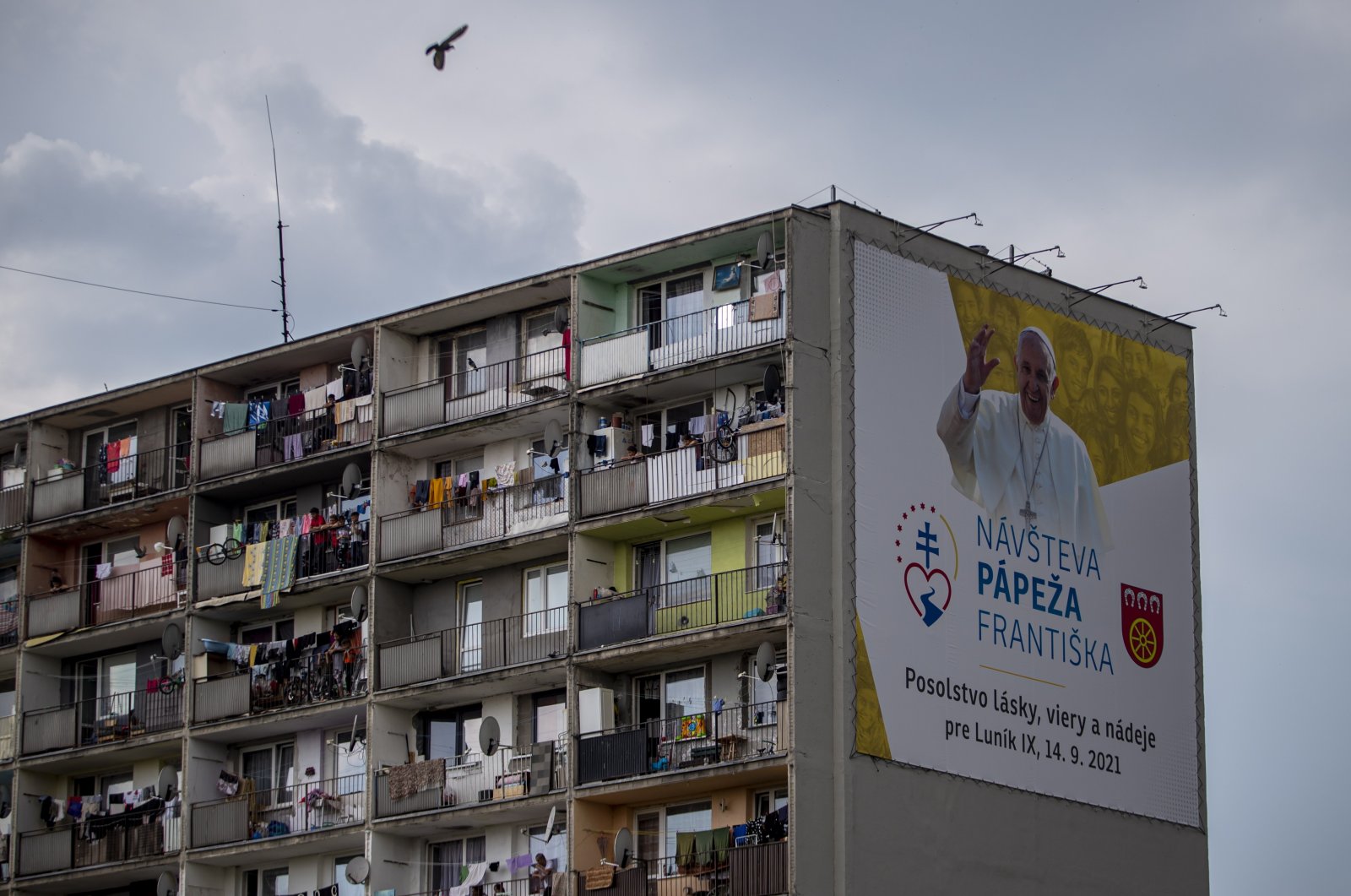 Pope Francis' visit is seen as a sign of inclusion for Slovakia's long-suffering Roma, but will it lead to any permanent improvement in their lives?

On Tuesday, Pope Francis traveled to eastern Slovakia to meet with the country’s Roma community as a gesture of inclusion for the most socially excluded minority group in Slovakia, one that has long suffered racism, poverty and marginalization in the country and across wider Europe.

Francis’ visit to the Lunik IX settlement in Kosice was one of the highlights of his four-day pilgrimage to Hungary and Slovakia. It's his first trip since undergoing intestinal surgery in July and marks the restart of his globe-trotting papacy after a nearly two-year COVID-19 hiatus.

Lunik IX is the biggest of about 600 dilapidated, segregated settlements where the poorest 20% of Slovakia’s 400,000 Roma live. Most lack basic government services such as running water, sewage systems, gas or electricity in the European Union country.

Even before the pope arrived, residents said Tuesday that something had already changed, both tangible and not.

“We have new roads, new stairs, they repaired everything," resident Alexander Horvath said. “It was all destroyed before."

“People are different, you can feel the Holy Spirit in the air," resident Mario Tomi said. “You can feel freedom in the air."

The “pope of the peripheries” has long sought to meet with society’s most marginal during his foreign trips, making sure to always include visits to slums, ghettos or prisons where he can offer words of encouragement, solidarity and welcome.

Francis started the day by celebrating a Byzantine rite Mass in Presov, near Kosice, in recognition of the country's Greek-Catholic believers. During the chant-filled, open-air Mass, Francis took a swipe at European politicians who often brandish crosses to emphasize their Christian credentials.

“Crucifixes are found all around us: on necks, in homes, in cars, in pockets,” he said. “Let us not reduce the cross to an object of devotion, much less to a political symbol, to a sign of religious and social status.”

Organizers said more than 30,000 people attended and received the Eucharist on little spoons as is done in the eastern rite.

Well before Francis' arrival, they had filled the site as a choir sang hymns. They cheered and wildly waved the yellow and white flags of the Holy See as Francis looped through the crowd in his popemobile before the service.

“We came here at 3 a.m. to get the best spot," said Slavka Marcinakova, a local resident from Presov. “Pope coming to Slovakia – you have an opportunity like this only once in a lifetime, we are so happy for that."

Among those on hand for the Mass was Polish Cardinal Stanislaw Dziwisz, the longtime aide to St. John Paul II, the Polish pope who made three visits to Slovakia during his quarter-century papacy.

Francis, 84, has appeared in good form during his trip, clearly enjoying being back on the road again after the coronavirus, and then his intestinal surgery in July, kept him cooped up in the Vatican.

After the Mass and Roma encounter, Francis was meeting with Slovakia’s youth. He returns to Rome Wednesday after celebrating his main big Mass in Sastin near the capital, the site of an annual pilgrimage each Sept. 15 to venerate Slovakia’s patron, Our Lady of Sorrows.