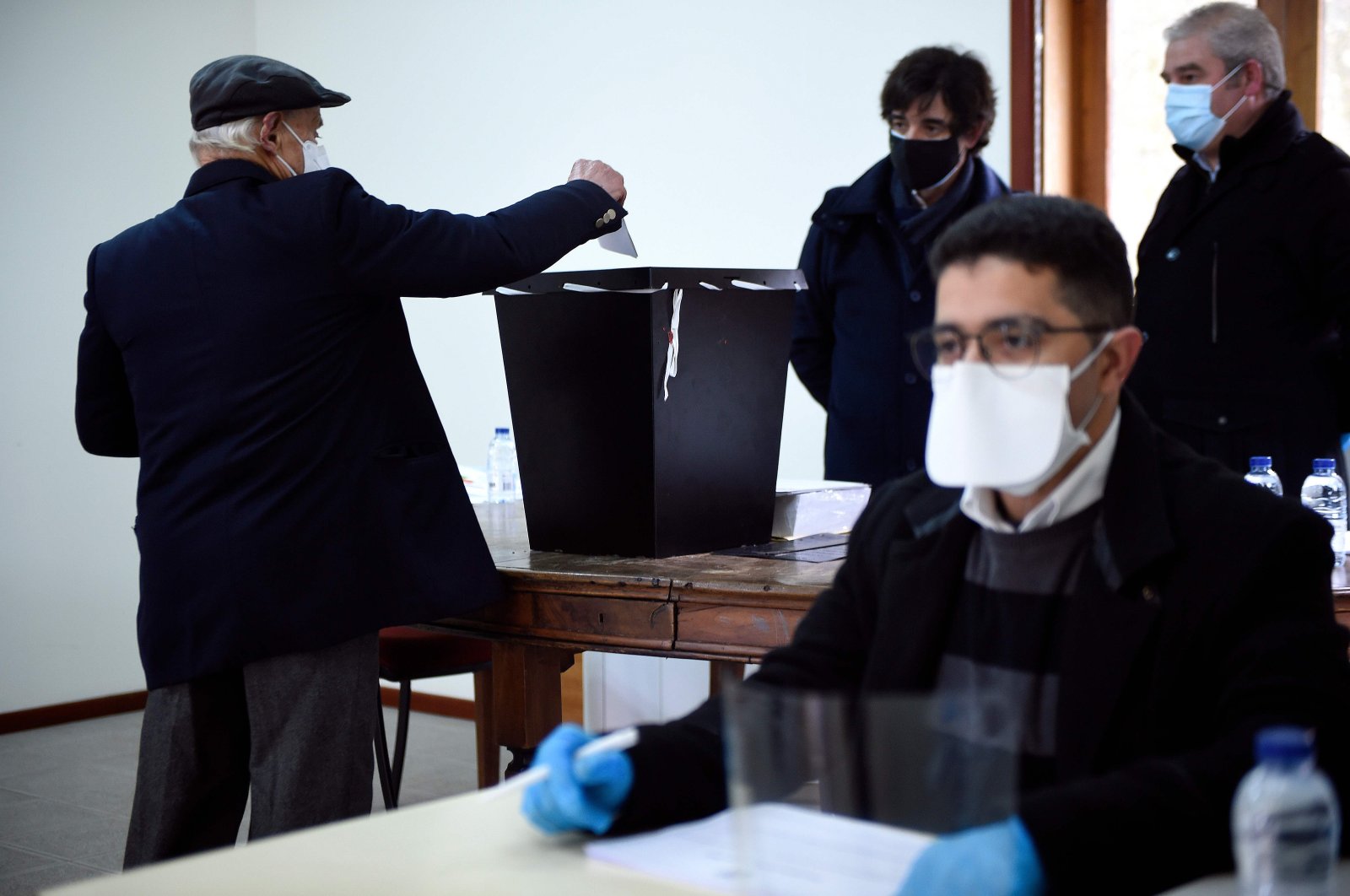 A man casts his ballot for the Portuguese presidential election at a polling station in Celorico de Basto on Jan. 24, 2021. (AFP Photo)
by ASSOCIATED PRESS Jan 24, 2021 5:07 pm
RECOMMENDED

Portuguese voters headed to polls Sunday to cast their ballots in the country's presidential elections as a devastating COVID-19 surge grips the European Union nation.

The head of state in Portugal has no legislative powers, which lie with parliament and the government but is an influential voice in the running of the country.

Marcelo Rebelo de Sousa, 72, is regarded as the clear front-runner among seven candidates. He is an affable law professor and former television personality who as president has consistently had an approval rating of 60% or more. To win, a candidate must capture more than 50% of the vote. But a severe surge in coronavirus infections in recent days could keep the turnout low and perhaps lead to a Feb. 14 runoff between the two top candidates.

Portugal has the world’s highest rates of new daily infections and deaths, according to a tally by Johns Hopkins University, and the public health system is under huge strain. Authorities have increased the number of polling stations and allowed for early voting to reduce crowding on election day. In other precautions, voters were asked to bring their own pens and disinfectant to polling stations.

Everyone voting wore a mask and kept a safe distance from each other. Prime Minister Antonio Costa, in a tweet, urged people to turn out for the ballot, saying that "unprecedented planning” had gone into ensuring that the vote can take place safely.

With the country in lockdown, the election campaign featured none of the usual flag-waving rallies but restrictions on movement were lifted for polling day. Among the incumbent’s six challengers, right-wing populist Andre Ventura has attracted curiosity as the first extremist to break into Portuguese mainstream politics. Ventura, 37, could conceivably place second, likely far behind Rebelo de Sousa but drawing a level of support that until recently was unthinkable.

That development has unsettled national politics. Rebelo de Sousa, a former leader of the center-right Social Democratic Party, has worked closely with the center-left minority Socialist government, supporting its pandemic efforts. He also has endeared himself to the Portuguese with his easygoing style.

Photographs taken by passersby of him in public places, such as one last year of him standing in line at a supermarket wearing sneakers and shorts, routinely go viral. Portugal has 10.8 million registered voters, some 1.5 million of them living abroad. Exit polls were to be published Sunday night, with most results expected by midnight.

Every Portuguese president since 1976, when universal suffrage was introduced following the departure of a dictatorship, has been returned for a second term. No woman or member of an ethnic minority has ever held the post.