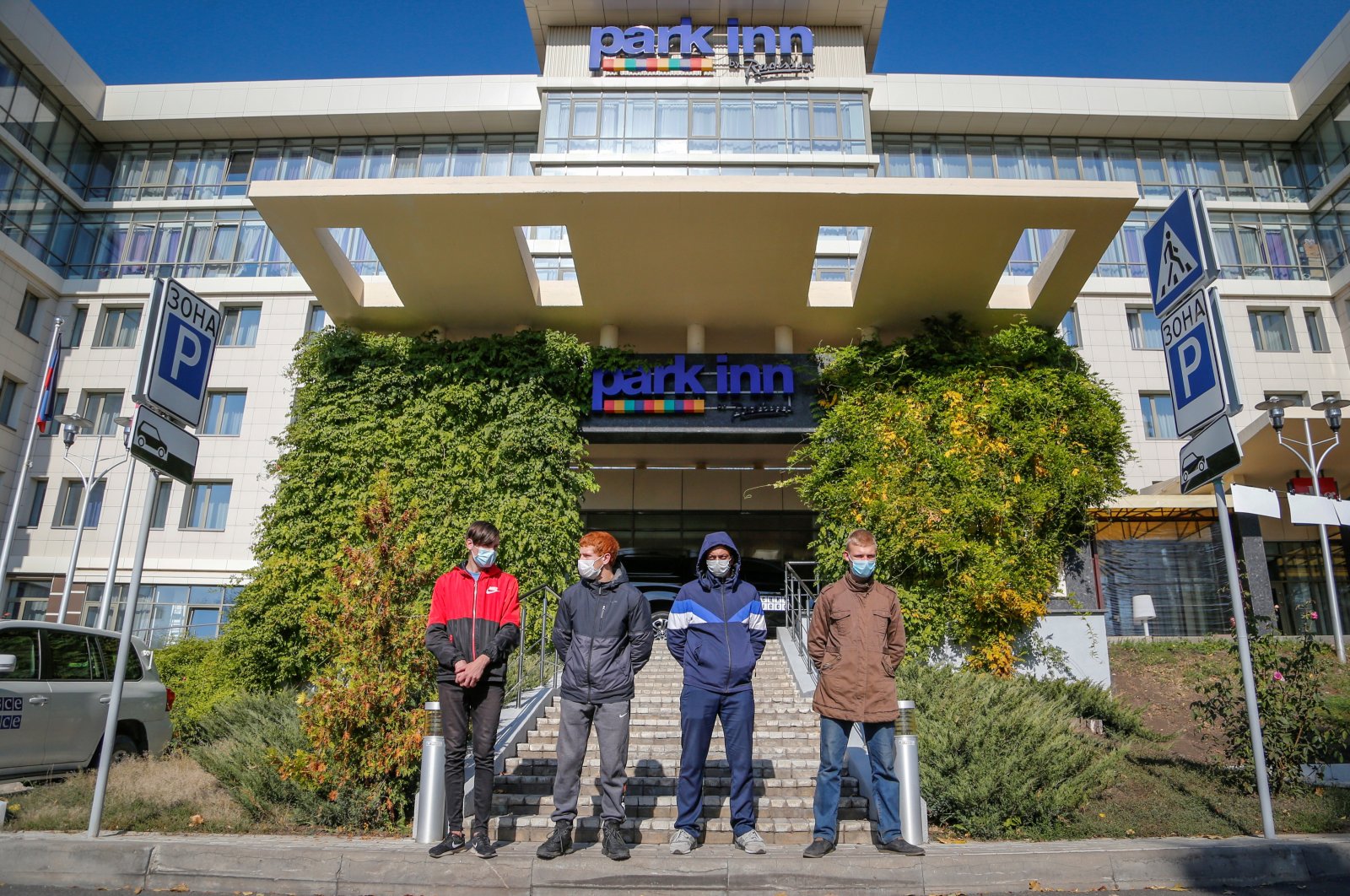 Protesters set up tents in front of the Park Inn hotel housing the OSCE monitor mission during a rally to demand release of a pro-Russian officer, captured by the Ukrainian military this week, in the rebel-controlled city of Donetsk, Ukraine, Oct. 16, 2021. (Reuters Photo)
by REUTERS Oct 18, 2021 12:00 pm
RECOMMENDED

Europe's main security watchdog said a group of its monitors overseeing a fragile cease-fire in eastern Ukraine had been barred from leaving their hotel by pro-Russian separatists who are seeking the release of an officer held by Kyiv's forces.

The Organization for Security and Cooperation on Europe (OSCE) said late on Sunday that it had suspended the monitoring mission (SMM) by its team based in the city of Donetsk after weekend protests by around 200 pro-Russian separatists over the issue of the captured officer.

The SMM has been deployed in eastern Ukraine since 2014 with the aim of facilitating dialogue between Kyiv's forces and the separatists amid a conflict that Ukraine says has so far claimed about 14,000 lives.

In its statement, the SMM said the vehicle gates of its patrol base in the rebel-controlled town of Horlivka had been locked with a chain and padlock.

"The owner of the hotel ... informed SMM staff that the mission would be prevented from leaving the premises citing "orders from the 'Mayor' of Horlivka," the statement said.

It said two men had informed the SMM staff that they would not be allowed to leave the hotel premises until the captured officer was freed.

The rebels say the officer, Andrei Kosyak, was captured by the Ukrainian military near the front line last Wednesday while he was helping to oversee the ceasefire.

The Ukrainian defence ministry said Kosyak was a Russian citizen and belonged to a group of Russian servicemen who had carried out an undercover reconnaissance mission.

The SMM said it was ready to facilitate dialogue between the two sides but that it had nothing to do with the process to secure the release of the officer.

It said its patrols in rebel-held areas of the Luhansk region were continuing as usual. The separatists could not immediately be reached on Monday for comment on the situation.

The conflict dates back to 2014, when Russia annexed the Crimean peninsula from Ukraine after mass street protests that ousted Ukrainian President Viktor Yanukovich, a Kremlin ally.