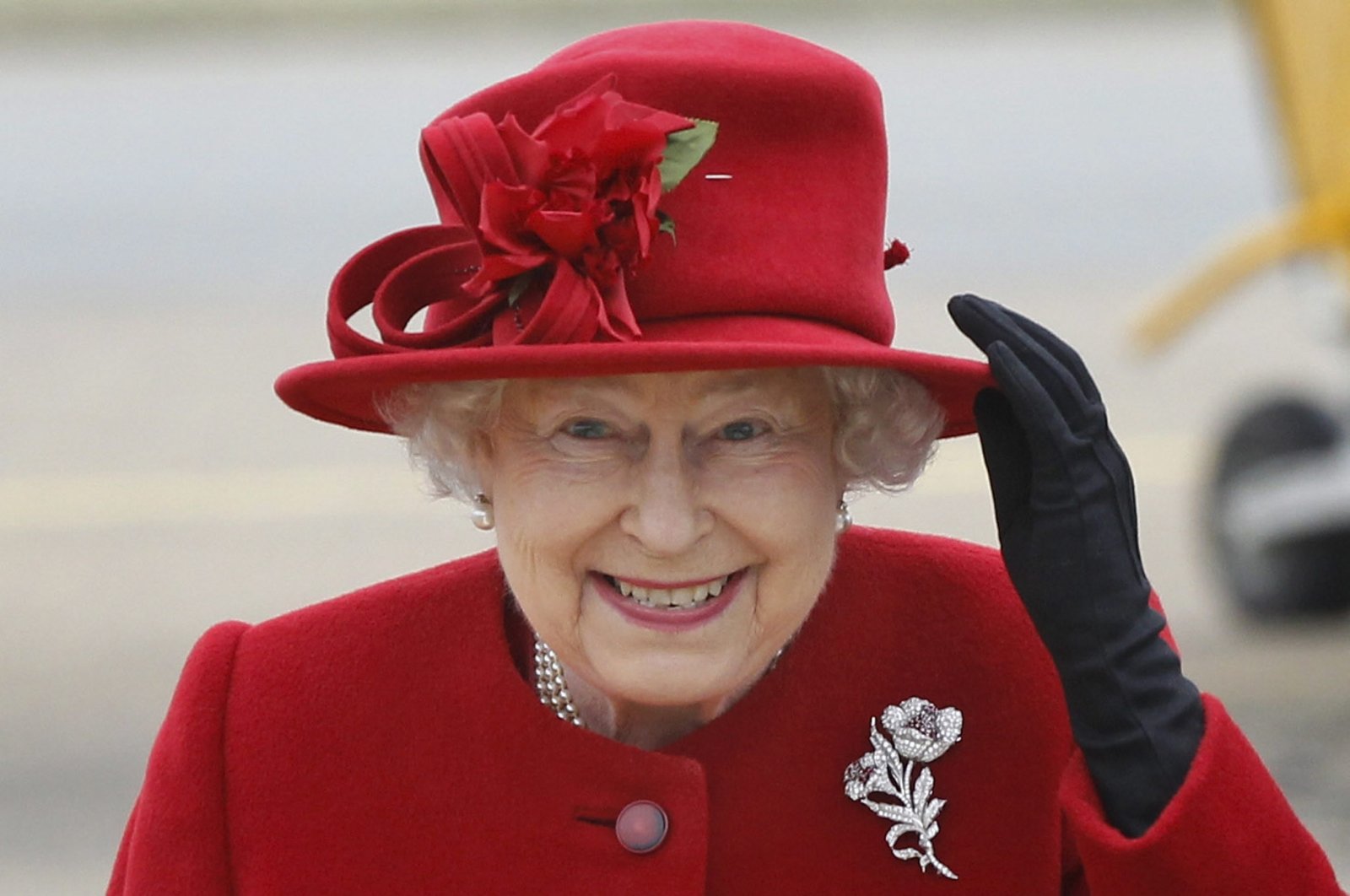 Queen Elizabeth II holds on to her hat in high winds during a visit to RAF Valley where Prince William is stationed as a search and rescue helicopter pilot in Holyhead, United Kingdom, April 1, 2011. (Getty Images)
by French Press Agency - AFP
Jun 04, 2021 11:20 am

Britain's Queen Elizabeth II will hold her first in-person meeting with United States President Joe Biden on June 13 after he attends the G-7 summit, Buckingham Palace and the White House have announced.

According to Buckingham Palace, the 95-year-old monarch will meet the president and first lady Jill Biden at Windsor Castle, west of London, where she has largely lived since the coronavirus pandemic first swept Britain in March 2020.

The queen, who has received her two doses of a COVID-19 vaccination, has been holding the vast majority of meetings virtually, including audiences with foreign ambassadors. It will be her first meeting in person with a foreign head of state since the pandemic hit and her most high-profile official engagement since presiding over the state opening of parliament on May 11.

That was the queen's first public appearance since the funeral of her husband Prince Philip. He died on April 9, aged 99.

In a statement of condolence then, the Bidens paid tribute to the late Duke of Edinburgh.

"His legacy will live on not only through his family, but in all the charitable endeavors he shaped," they wrote.

The meeting with the president and first lady will come the day after the queen's official birthday, and will follow the three-day summit of the Group of Seven leaders in Cornwall, southwest England. The G-7 gathering starts Biden's first foreign tour since he took office in January. He will also make stops at a NATO summit on June 14 where he will meet with Turkey's President Recep Tayyip Erdoğan. After that, he will hold a summit with Russian President Vladimir Putin on June 16.

With the exception of Lyndon B. Johnson, the queen has met every U.S. president during her 69-year reign. Donald Trump staged a controversial state visit to Britain in June 2019. The official birthday celebration is normally marked by a military parade called "Trooping the Colour," featuring hundreds of personnel from Britain's most prestigious regiments. But it has been canceled for a second year, owing to the pandemic.