Rescue ship Ocean Viking pleads for port to save 572 migrants 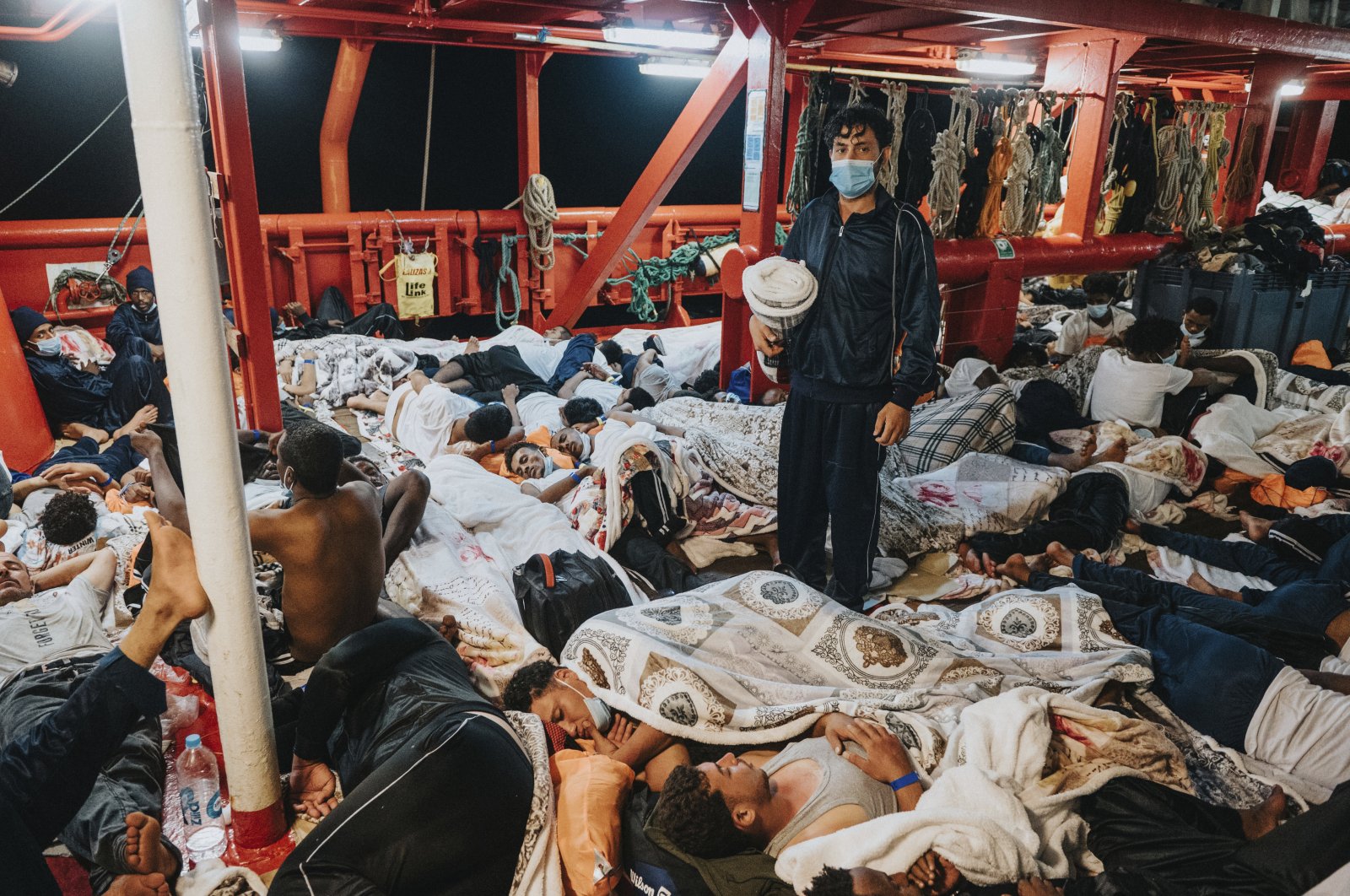 Luisa Albera, search and rescue coordinator of the charity SOS Mediterranee that runs the ship, launched an urgent appeal from the Ocean Viking, currently sailing between Malta and the southern Italian islet of Lampedusa, south of Sicily. She said five requests to maritime authorities to assign a port of safety have gone unmet.

Among the migrants are 369 who were rescued on July 4 from a boat that the group said was in danger of capsizing in the Mediterranean.

"Making survivors wait on the deck of our ship, exposed to the sun and elements, is inhumane,” Albera said.

She said on Wednesday evening a man in "acute psychological distress” jumped overboard, was rescued and brought back on the ship. "In addition, we will run out of prepacked 24-hour food kits tomorrow (Friday) and will not be able to fulfill all survivors’ nutritional needs by Saturday,” Albera said in her appeal.

"With over 570 survivors accommodated on the aft deck of the Ocean Viking, all available space is being used,” making it impractical to prepare cooked meals and distribute them, she said.

Italy and Malta insist that other European Union nations also take a share of the migrants after they reach European shores. They insist it's unfair to leave the two central Mediterranean nations to care for them while they apply for asylum. Because most in recent years are economic migrants, many are found ineligible for asylum, and their homelands are often reluctant to take them back.

During the pandemic, Italy has taken to quarantining rescued migrants aboard out-of-service commercial passenger ferries until they can be transferred to asylum processing centers in Sicily or on the mainland. While many migrants reach Italy after rescue at sea by charity boats, cargo ships or military vessels, others make it to Italy's southern shores unaided after they set out from Tunisia or Libya.