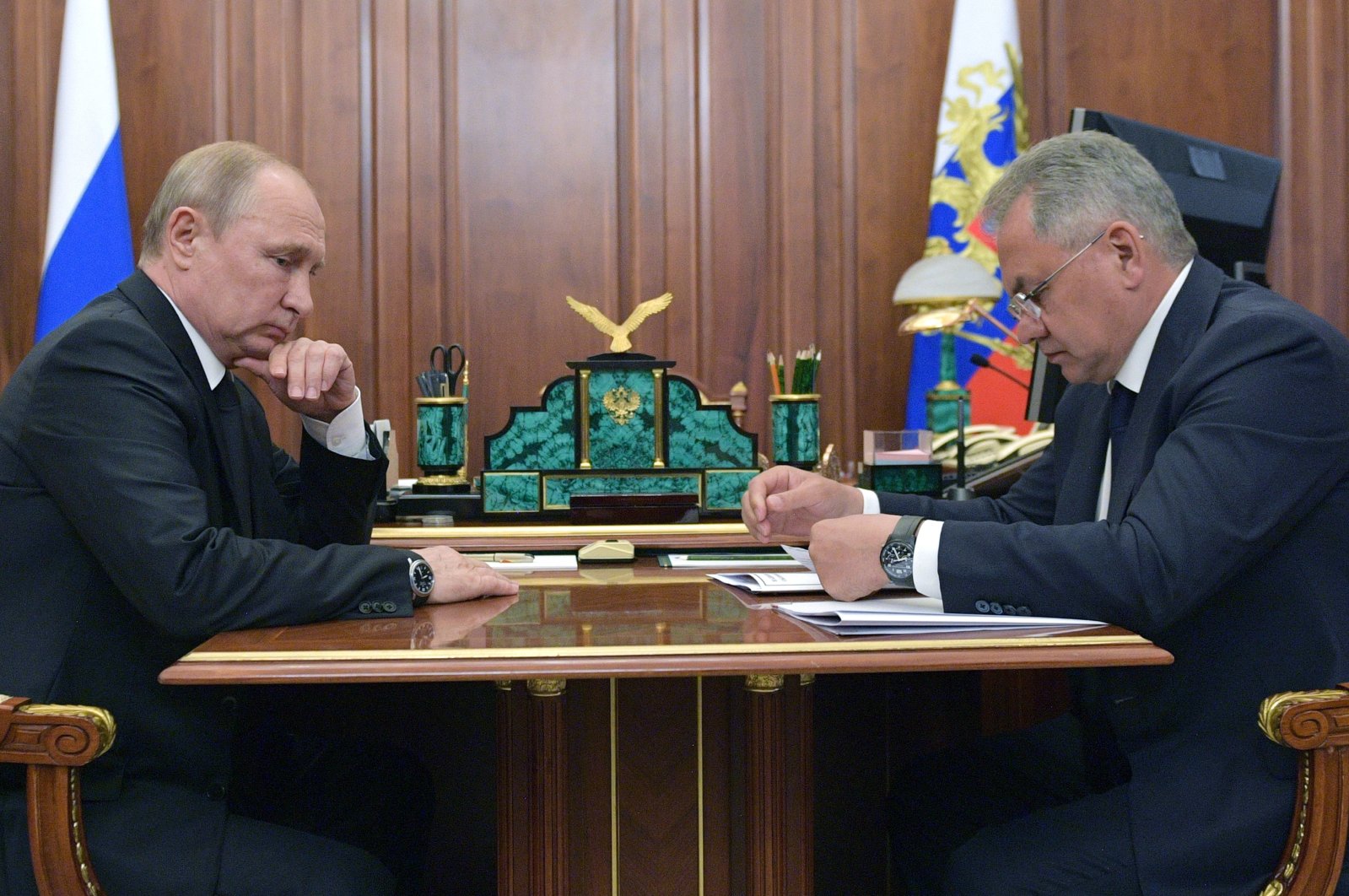 Russia is taking measures to respond to what it calls threatening military action by NATO, Russian Defense Minister Sergei Shoigu said on Tuesday.

"In response to the alliance's military activities that threaten Russia, we took appropriate measures," he said in televised remarks, adding that Russian troops had been deployed to the country's Western borders for "combat training exercises."

The United States and NATO are transferring troops to the borders of European Russia and could potentially launch combat in the Black Sea region and the Baltic, Shoigu said Tuesday.

"Now American troops are being transferred from the continental parts of North America across the Atlantic to Europe. Troops in Europe are moving towards the Russian borders. The main forces are concentrated in the Black Sea and Baltic region," Shoigu said at a meeting in Severomorsk.

According to the minister, a total of 40,000 servicemen and 15,000 units of weapons and military equipment, including strategic aviation, will be concentrated near the territory of the Russian Federation.

A large unexplained build-up of Russian forces close to Ukraine's eastern border and in Crimea, which Moscow annexed from Ukraine in 2014, has escalated tensions in recent weeks.

Russia on Tuesday called the United States an adversary and told U.S. warships to stay well away from Crimea "for their own good," calling their deployment in the Black Sea a provocation designed to test Russian nerves.