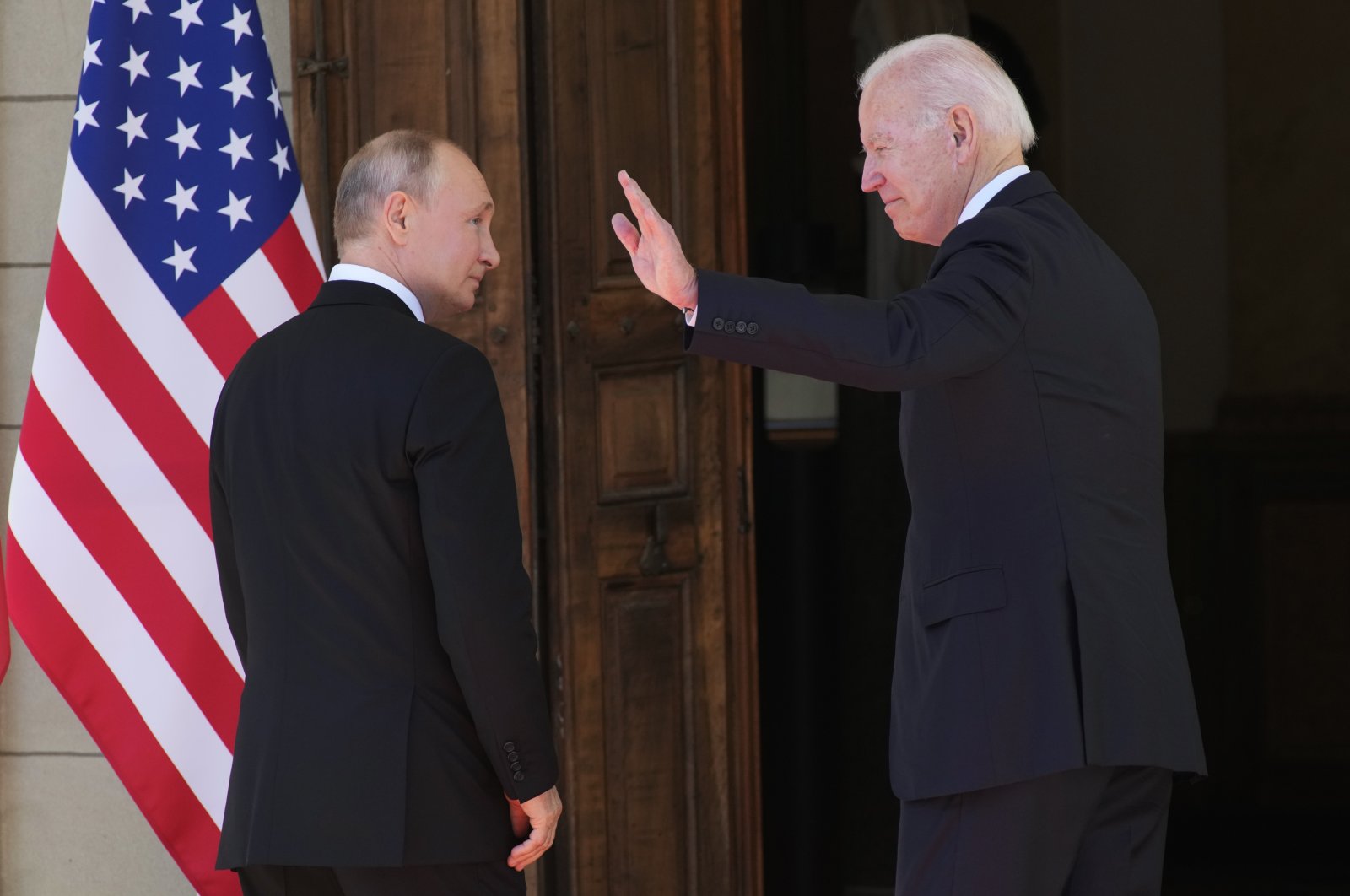 Russia on Friday published drafts of the security pacts that demand the exclusion of Ukraine and other neighboring countries from joining NATO and restrictions on troops and weapons in Europe.

The documents, which have been submitted to the United States and its allies earlier this week, also call for a ban on the deployment of U.S. and Russian warships and aircraft to areas from where they can strike each other’s territory.

The publication of the draft pacts comes amid soaring tensions over a Russian troop buildup near Ukraine that has drawn Ukrainian and Western fears of an invasion. Moscow has denied plans to attack its neighbor but demanded the West provide a set of legal guarantees precluding NATO’s expansion to Ukraine and the deployment of the alliance's weapons there, a demand NATO has rejected.

Deputy Foreign Minister Sergei Ryabkov said that Russia’s relations with the U.S. and its NATO allies have approached a "dangerous point,” noting that alliance deployments and drills near Russia have raised "unacceptable” threats to its security.

The draft pacts – a Russia-U.S. security treaty and a security agreement between Moscow and NATO – contain obligations to pull back weapons and refrain from drills near the borders between Russia and the alliance members.

Ryabkov told reporters that Moscow proposed that the U.S. immediately start the talks on the proposed drafts in Geneva.

President Vladimir Putin raised the demand for security guarantees in last week’s video call with U.S. President Joe Biden. During the conversation, Biden voiced concern about a buildup of Russian troops near Ukraine and warned him that Russia would face "severe consequences” if Moscow attacked its neighbor.

NATO Secretary-General Jens Stoltenberg said Friday that the alliance had received the Russian draft documents, and noted that any dialogue with Moscow "would also need to address NATO’s concerns about Russia’s actions, be based on core principles and documents of European security, and take place in consultation with NATO’s European partners, such as Ukraine.”

He added that the 30 NATO countries "have made clear that should Russia take concrete steps to reduce tensions, we are prepared to work on strengthening confidence-building measures.”

U.S. intelligence officials said Russia has deployed 70,000 troops on its border with Ukraine and is preparing for a possible invasion early next year. Moscow has denied any intention to attack and accused Ukrainian authorities of planning an offensive to reclaim control of rebel-held eastern Ukraine – an allegation Ukraine has rejected.

Fighting between Ukrainian forces and Russia-backed separatists in eastern Ukraine began after Russia’s 2014 annexation of Ukraine’s Crimean Peninsula. It has killed over 14,000 people and devastated Ukraine’s industrial heartland, Donbas.