Russia sends security proposals to US amid Ukrainian tensions 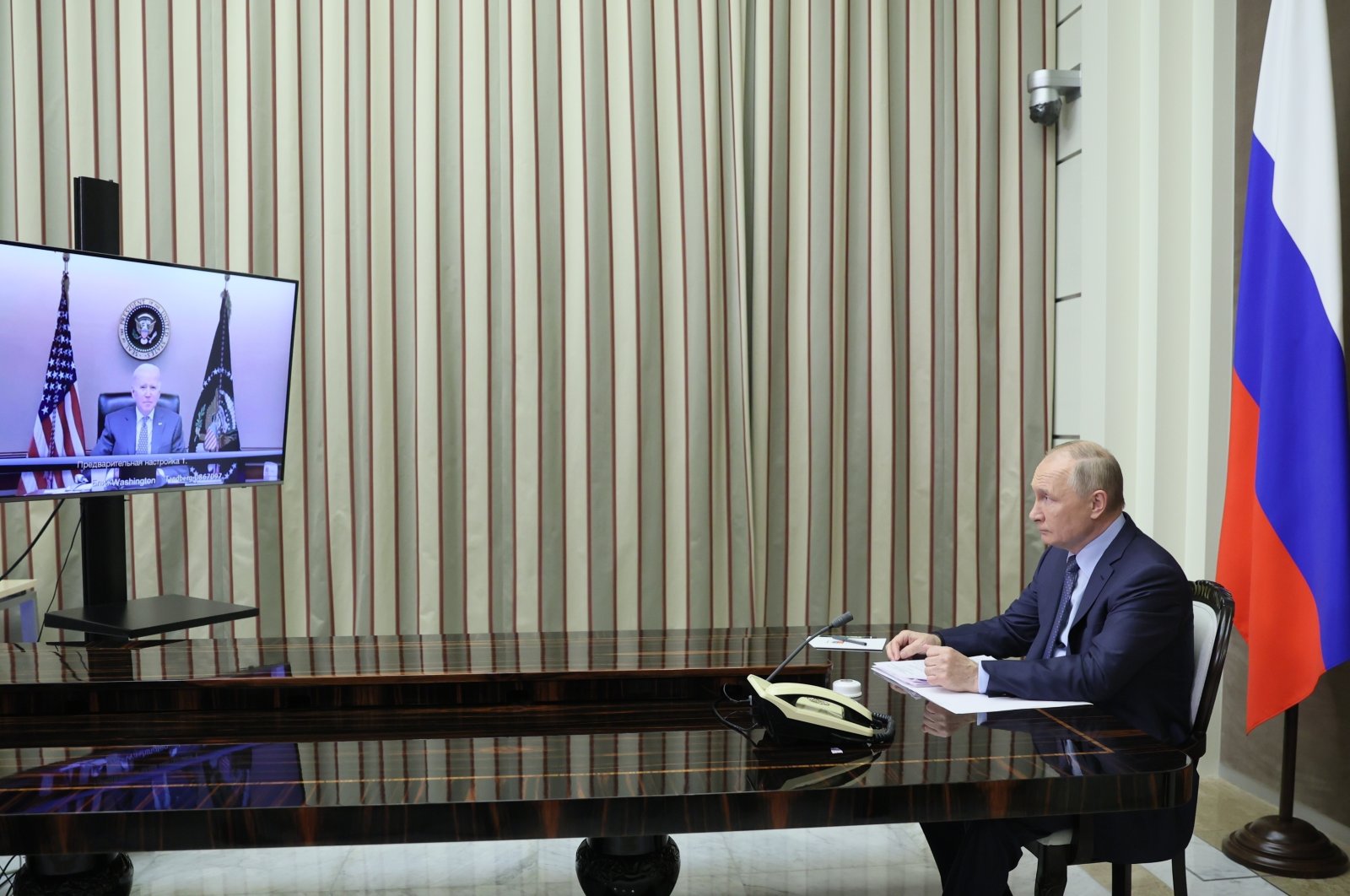 The Kremlin said Thursday that Russia has submitted draft documents outlining security arrangements it wants to negotiate with the United States and its NATO allies amid spiraling tensions over Ukraine.

Kremlin spokesperson Dmitry Peskov said a senior Russian envoy stood ready to immediately depart for talks in a neutral country on the proposal.

Peskov told reporters that Russian President Vladimir Putin may have another call with U.S. President Joe Biden before the year's end to discuss the security issue, but he said it hasn't been agreed to yet.

In a video call with Putin last week, Biden voiced concern about a buildup of Russian troops near Ukraine and warned him that Russia would face "severe consequences” if Moscow attacked its neighbor.

Putin has denied plans of launching an invasion and reversed the conversation by prodding Western leaders to provide legally binding guarantees precluding NATO's expansion to Ukraine and the deployment of the alliance's weapons there, calling such actions a "red line” for Moscow.

The U.S. and its allies have refused to provide such pledges, but Biden and Putin agreed last week on further talks to discuss Russia's concerns.

Peskov said Thursday that Russia has submitted drafts of a treaty and an agreement to the United States, but he refused to specify what specific arrangements they contained and who could be the signatories.

Moscow’s proposals were passed on to U.S. Assistant Secretary of State for European and Eurasian Affairs Karen Donfried, who visited Moscow on Wednesday and met with Russia’s Deputy Foreign Minister Sergei Ryabkov.

Ryabkov would be ready to depart for talks on prospective agreements in a neutral country, Peskov said without giving details.

Speaking last week, Ryabkov warned that the failure to stem mounting Russia-West tensions could push them to a showdown similar to the 1962 Cuban Missile Crisis that put the world on the verge of a nuclear war.

A European Union summit on Thursday was set to focus on avoiding a Russian military invasion in Ukraine with threats of unprecedented sanctions for Moscow and the promise of diplomatic talks.

U.S. intelligence officials say Russia has moved 70,000 troops to its border with Ukraine and is preparing for a possible invasion early next year. Moscow has denied an intention to attack and accused Ukrainian authorities of planning an offensive to reclaim control of rebel-held eastern Ukraine.

The Ukrainian government has denied planning an offense in Donbas.