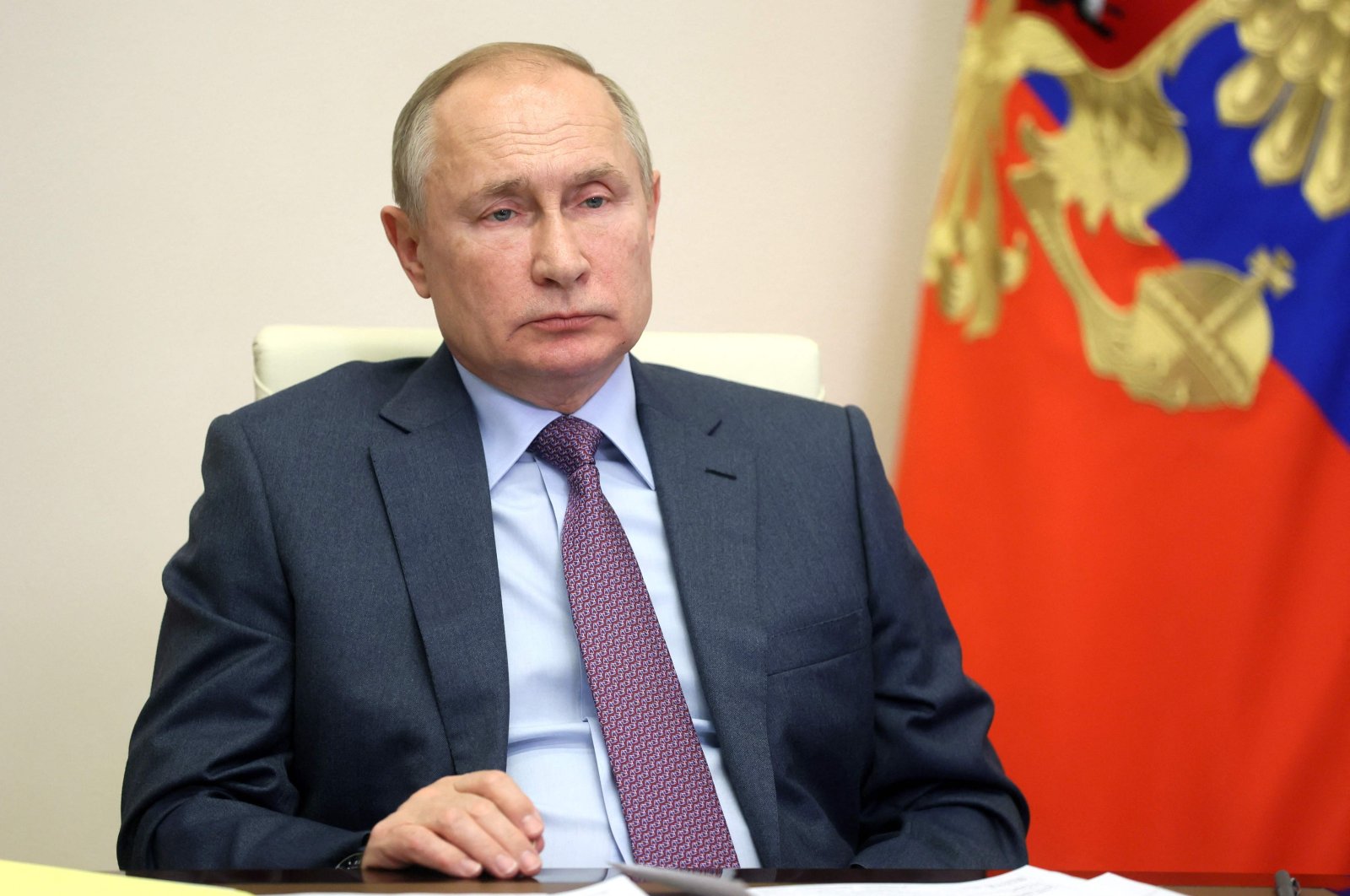 Russian President Vladimir Putin chairs a meeting with members of the government via a video link at the Novo-Ogaryovo state residence outside Moscow, Russia, Dec. 14, 2021. (Photo by Mikhail Metzel/SPUTNIK via AFP)
by Agencies Dec 14, 2021 5:47 pm
RECOMMENDED

"The Russian president emphasised the importance of immediately launching international negotiations to develop legally fixed guarantees that would prevent any further NATO expansion to the east and the deployment of weapons to neighboring states, primarily in Ukraine, that threaten Russia," the Kremlin said in a statement.

Putin made a similar demand during virtual talks with U.S. President Joe Biden last week and in a phone call with British Prime Minister Boris Johnson on Monday.

Earlier in the day, Putin also told his Finnish counterpart Sauli Niinisto on Tuesday that he wants "immediate" talks with the United States and NATO over security guarantees, the Kremlin said, as tensions mount over Ukraine.

Putin "reiterated the need to immediately launch negotiations with the United States and NATO in order to develop international legal guarantees for the security of our country," the Kremlin said in a readout of the call.

It said Russia's demands included stopping NATO from expanding east and the deployment of weapons in neighboring states, including Ukraine.

His comments come as the West has for weeks accused Russia of planning an invasion of Ukraine and massing tens of thousands of troops near its neighbor's border.

Putin has denied the plans, blaming NATO for heightened tensions in the region and seeking promises from the West that the alliance won't expand eastward.

On Monday, EU foreign ministers met to coordinate what they warn would be an unprecedented economic sanctions regime if Russia attacks Ukraine.

The meeting followed a gathering of G-7 ministers in Liverpool over the weekend, where the U.S. and major allies also warned the Kremlin of "massive consequences."

Finland has traditionally served as a middle ground between Moscow and the West. Putin met with former U.S. President Donald Trump in the Finnish capital Helsinki in 2018.

Putin and Chinese President Xi Jinping will discuss tensions in Europe and "aggressive" U.S. and NATO rhetoric during a video call on Wednesday, the Kremlin also said.

The conversation will take place at a moment of high tension in both countries' relations with the West, with Beijing under pressure over human rights and Moscow over its buildup of troops near the border with Ukraine.

"We see very, very aggressive rhetoric on the NATO and U.S. side, and this requires discussion between us and the Chinese."

Russia has cultivated closer ties with China as its relations with the West have worsened, and Putin has used the partnership as a way of balancing U.S. influence while striking lucrative deals, especially on energy. He and Xi this year agreed to extend a 20-year friendship and cooperation treaty.

Peskov said they would hold a long conversation with a broad agenda including energy, trade and investment.