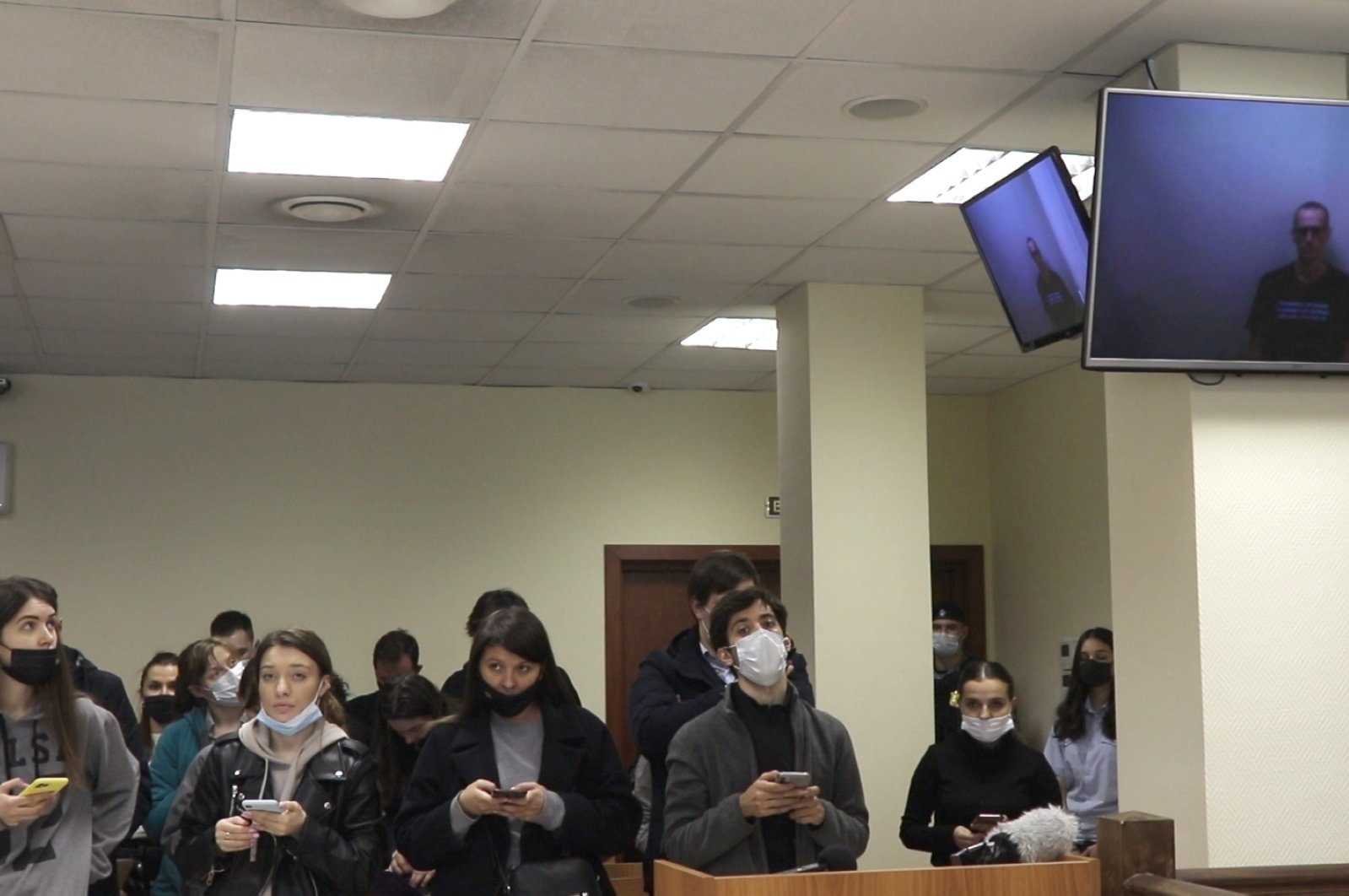 Kremlin critic and jailed opposition leader Alexei Navalny's political network was added to Russia's database of terrorist and extremist organizations on Friday, as Moscow moves closer to shutting down the movement against President Vladimir Putin.

The network appeared on a list maintained by Russia's financial monitoring service after Rosfinmonitoring said Friday it had updated the list. The network of Navalny's regional offices disbanded Thursday in anticipation of the move.

Organizations on the list include Daesh and al-Qaida, and bans them in Russia, with members and supporters facing lengthy jail terms.

It was not immediately clear whether the move was related to a request by prosecutors earlier this month to designate Navalny's regional network and his Anti-Corruption Foundation (FBK) as extremist organizations.

But the former coordinator of Navalny's offices in Moscow, Oleg Stepanov, indicated on Telegram that the move was connected to the ongoing court case.

"Well of course, why wait? After all, the decision of the 'court' is already known in advance: fighting corruption in Putin's Russia is 'extremism,'" he wrote.

"They don't even try to create the appearance of legality."

The court hearings in the case are expected to resume on May 17.

On Thursday, Navalny's key aide Leonid Volkov said the regional network was disbanding ahead of the court ruling, citing a threat to supporters and members.

The regional network was founded during Navalny's presidential campaign in 2018, although the opposition figure was barred from running.

It later supported his corruption investigations and his Smart Voting strategy, which directs voters to cast their ballots for candidates best placed to defeat Kremlin-linked opponents.

Navalny, 44, was arrested in January on his return to Russia from Germany, where he spent months recovering from a poisoning attack he says was orchestrated by Putin. The Kremlin denies the claim.

He is serving a two-and-a-half-year sentence in a penal colony outside Moscow for violating parole terms on old fraud charges he and his supporters say are politically motivated.

Navalny's allies had for years faced routine police searches and arrests for their activism, but authorities have ramped up the pressure since his return to Russia.

Most of his top aides are under house arrest or have left the country, while several allies have received lengthy jail terms.

On Thursday, a court sentenced a former coordinator of Navalny's offices in the northern city of Arkhangelsk to two and a half years behind bars on charges of spreading pornography by reposting on social media a music video by German metal band Rammstein.

And on Friday, Russian police detained prominent rights lawyer Ivan Pavlov, who is representing the FBK and Navalny's regional network against the charges of extremism.