Russia heads to polls as 3-day parliamentary elections kick off 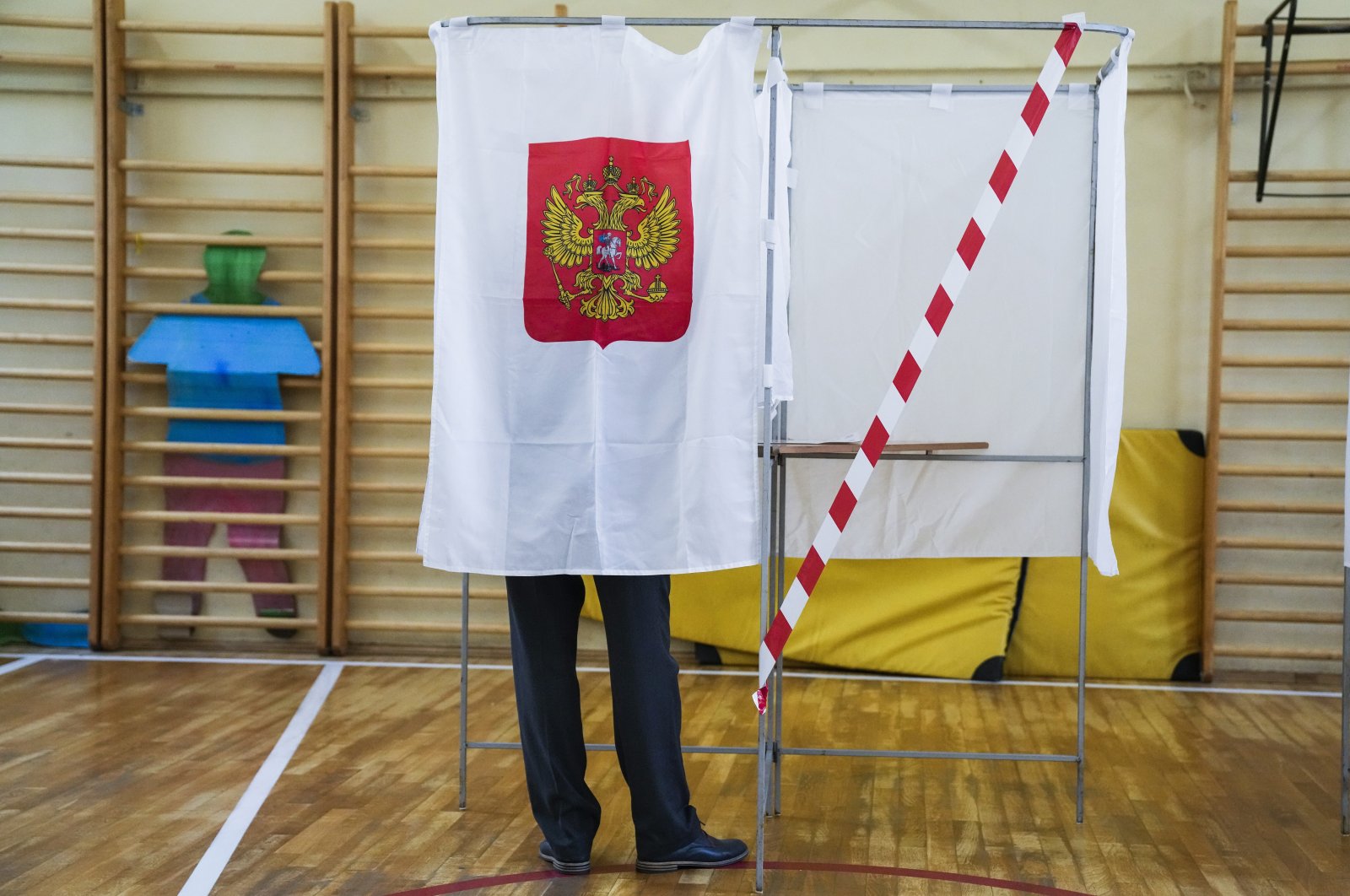 Russians head to the polls Friday for a three-day parliamentary election that is unlikely to see the ruling United Russia party lose its majority despite a steep fall in ratings over the biggest crackdown on the Kremlin's critics in years.

The vote is a test of President Vladimir Putin's grip on power across 11 time zones from the Pacific Ocean to the Baltic Sea as the Kremlin faces malaise at home over faltering living standards and dire ties with the West.

At stake is United Russia's super majority in the 450-seat State Duma, which last year helped Putin ease through constitutional reforms that allow him to run for office again and potentially stay in power until 2036.

The vote runs until late Sunday and is seen as a dry-run for the presidential election in 2024, a highly sensitive moment for the Kremlin should it choose to embark on a political transition to a new figurehead.

Putin, a former KGB officer who turns 69 next month, has not said if he will seek reelection when his current term ends in 2024. He has served as president or prime minister since 1999.

The 45-year-old ex-lawyer whose movement was banned as extremist this summer was jailed in March in a case he called trumped-up after recovering from poisoning with a Soviet-style nerve agent.

His allies, who accuse the Kremlin of a sweeping crackdown, have no chance of gaining even a toehold in real politics after they were barred from running for office because of their association with Navalny's network.

The Kremlin denies any politically driven crackdown and says individuals are prosecuted for breaking the law.

The Communist Party led by 77-year-old parliament veteran Gennady Zyuganov is seen as the ruling party's strongest rival at the vote, followed by the LDPR party headed by 75-year-old nationalist Vladimir Zhirinovsky.

Navalny's allies call the election a sham and have told supporters to vote for candidates they think have the best chance of defeating United Russia in their respective districts. Many of those politicians are communists.

Both Putin and United Russia's ratings have been under pressure due to years of falling or stagnant wages compounded by frustrations over the pandemic and rising inflation.

In the run-up to the vote, Putin approved one-off payments or salary boosts to police officers, soldiers and pensioners, moves seen as aimed at shoring up United Russia's base.

State-run opinion polls show the Communist party's popularity has risen in recent months, while United Russia's rating slipped last month to its lowest since 2006, though it remained the most popular party.

The vote is being held alongside elections for regional governors and local legislative assemblies. It is stretched over three days as a COVID-19 precaution, a move critics say means that monitoring efforts to stop voter fraud are spread more thinly.

The elections in Moscow and several regions will feature the widespread use of electronic voting for the first time, an innovation critics fear is nontransparent and open to abuse.

The Organization for Security and Co-operation in Europe (OSCE) will not be sending vote observers for the first time in Russia since the elections in 1993.

Kremlin critics have accused the authorities of using dirty tricks to sabotage their campaigns. Boris Vishnevsky, who is running in a local St. Petersburg election, said two "spoiler" candidates with the same names as him and even the same facial hair in their official portraits were running against him.

It is the first time United Russia has campaigned for votes in east Ukrainian territory held by Moscow-backed separatists where Russia has handed out 600,000 Russian passports, infuriating Ukraine.