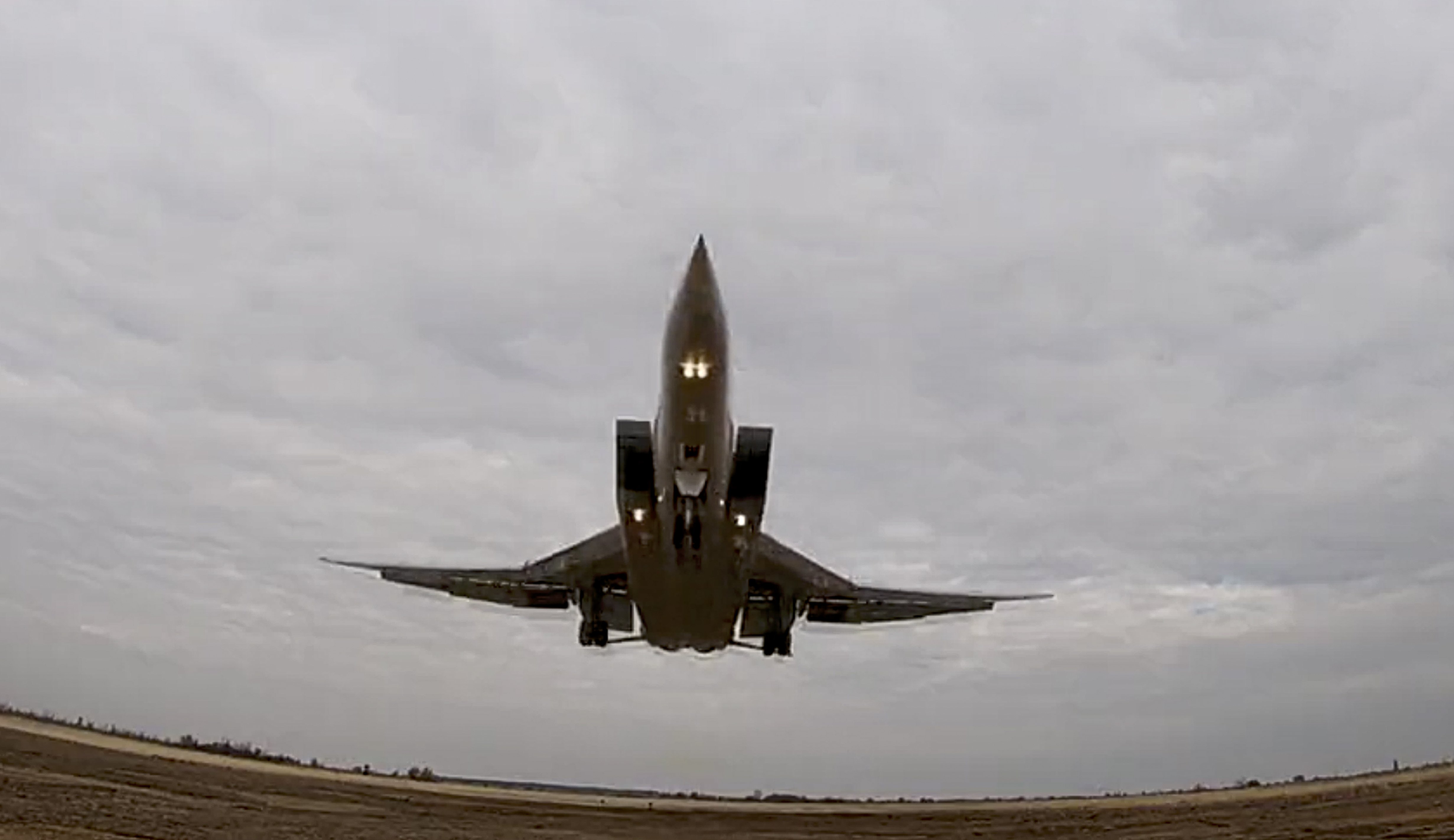 Russia shored up the defenses of Belarus on Saturday after sending a pair of nuclear-capable long-range bombers to patrol the skies of its neighboring ally.

The move comes amid the escalating tensions with the West and underlines close defense ties between the two countries.

Moscow has denied harboring plans to invade Ukraine and pressed the United States for security guarantees that would exclude NATO expanding into Ukraine or deploying weapons there. The U.S. and its allies are almost certain to reject Moscow's demands.

Some Ukrainian officials have voiced concern that Russia may use Belarus as a base for attacking their country from the north. Amid his own tensions with the European Union, Belarusian President Alexander Lukashenko said last month that his country would be ready to host Russian nuclear weapons.

The EU has accused the authoritarian Lukashenko of encouraging migrants and refugees to use his country as a backdoor to illegally enter neighboring EU member nations Poland, Lithuania and Latvia. The EU imposed sanctions on Lukashenko's government for its crackdown on internal dissent after Lukashenko’s disputed 2020 reelection.

The Belarusian leader wouldn’t elaborate on what kind of Russian weapons Belarus would be willing to accommodate, but noted that the ex-Soviet nation has carefully preserved the necessary military infrastructure dating back to the time of the USSR.

Belarus' top diplomat, Vladimir Makei, seconded Lukashenko's statement in an interview released Saturday. He said Belarus could agree to host nuclear weapons as part of its response to possible NATO activities in Poland.

Echoing Russian concerns about growing ties between Ukraine and NATO, Makei said the Western military alliance was Ukraine into a “bridgehead against Russia.”