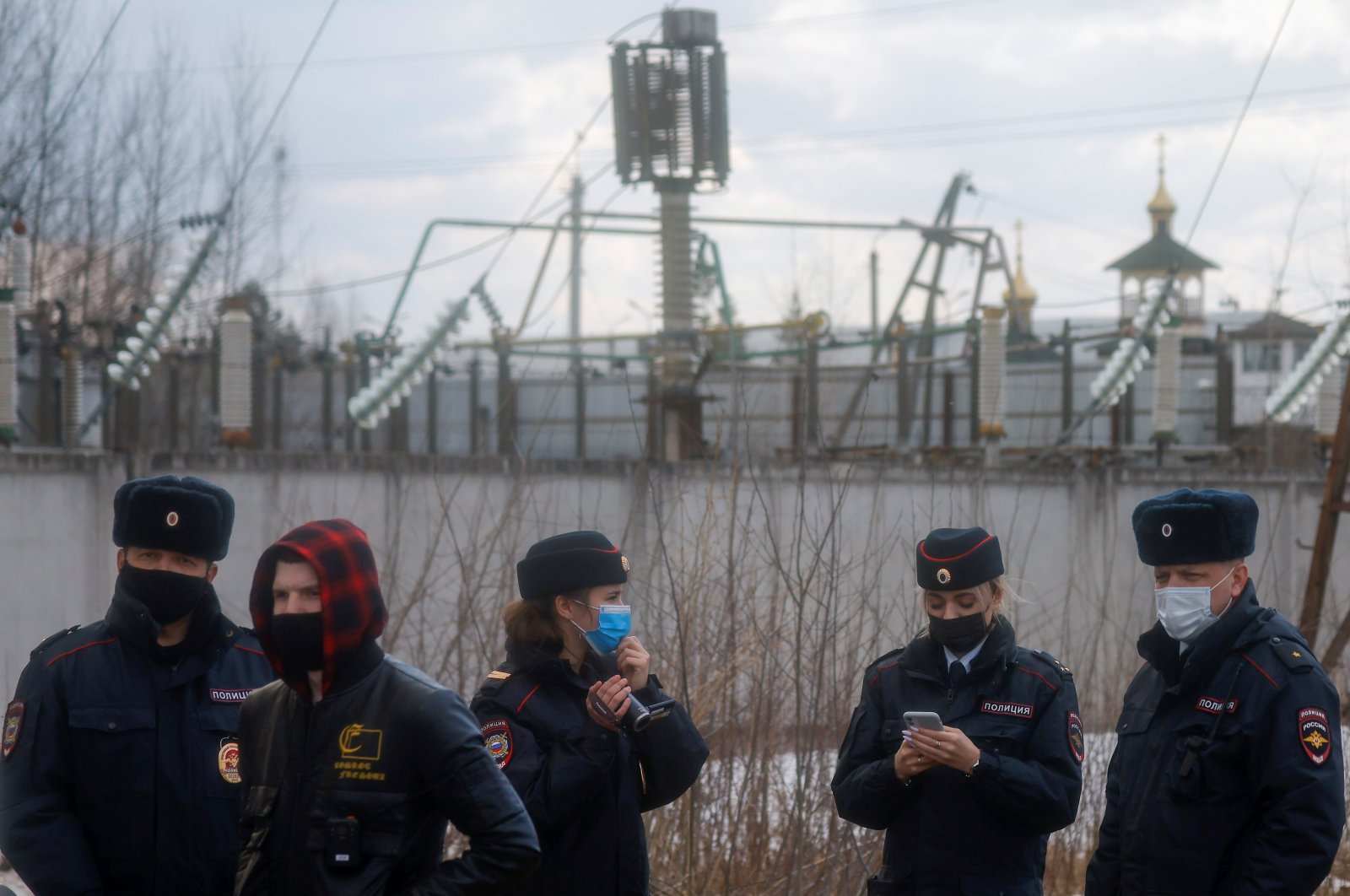 As the allies of jailed Kremlin critic Alexei Navalny ready for protests outside the prison facilities to demand the opposition leader receive proper medical care, Russian police strengthened their security of the site on Tuesday in anticipation.

Navalny, 44, a prominent opponent of President Vladimir Putin, announced a hunger strike last week in protest of what he said was the refusal of prison authorities to treat him properly for acute back and leg pain.

A group of his allies said they would protest at the prison in the town of Pokrov 100 kilometers (60 miles) east of Moscow starting Tuesday unless he saw a doctor of his choice and was given what they regarded as proper medicine.

Prison authorities last week had defended their treatment of Navalny, denying his claims and arguing that his condition was satisfactory and he was being provided with all necessary medical care.

Late on Monday, his allies said the protest would go ahead after Navalny said he was continuing his hunger strike, although he had a high temperature and bad cough, and three inmates in his ward had been hospitalized with tuberculosis.

The pro-Kremlin Izvestia newspaper later cited the state prison service saying that Navalny had been moved to a sick bay and tested for the coronavirus.

On Tuesday morning, police officers, one with a police dog, set up a makeshift checkpoint in front of the prison gate and used a metal barrier to block the road 100 meters (328 feet) from it.

They closed the parking lot to all but prison staff, and checked the IDs of reporters and prison workers. "It is now under a special (security) regime," a police officer told Reuters.

Antonina Romanova, a Navalny supporter, said she had come to show solidarity. "I believe he is innocent. I'm fully on his side," she said. "It happens that for some reason the people who can sort things out in the country end up in jail," she said.