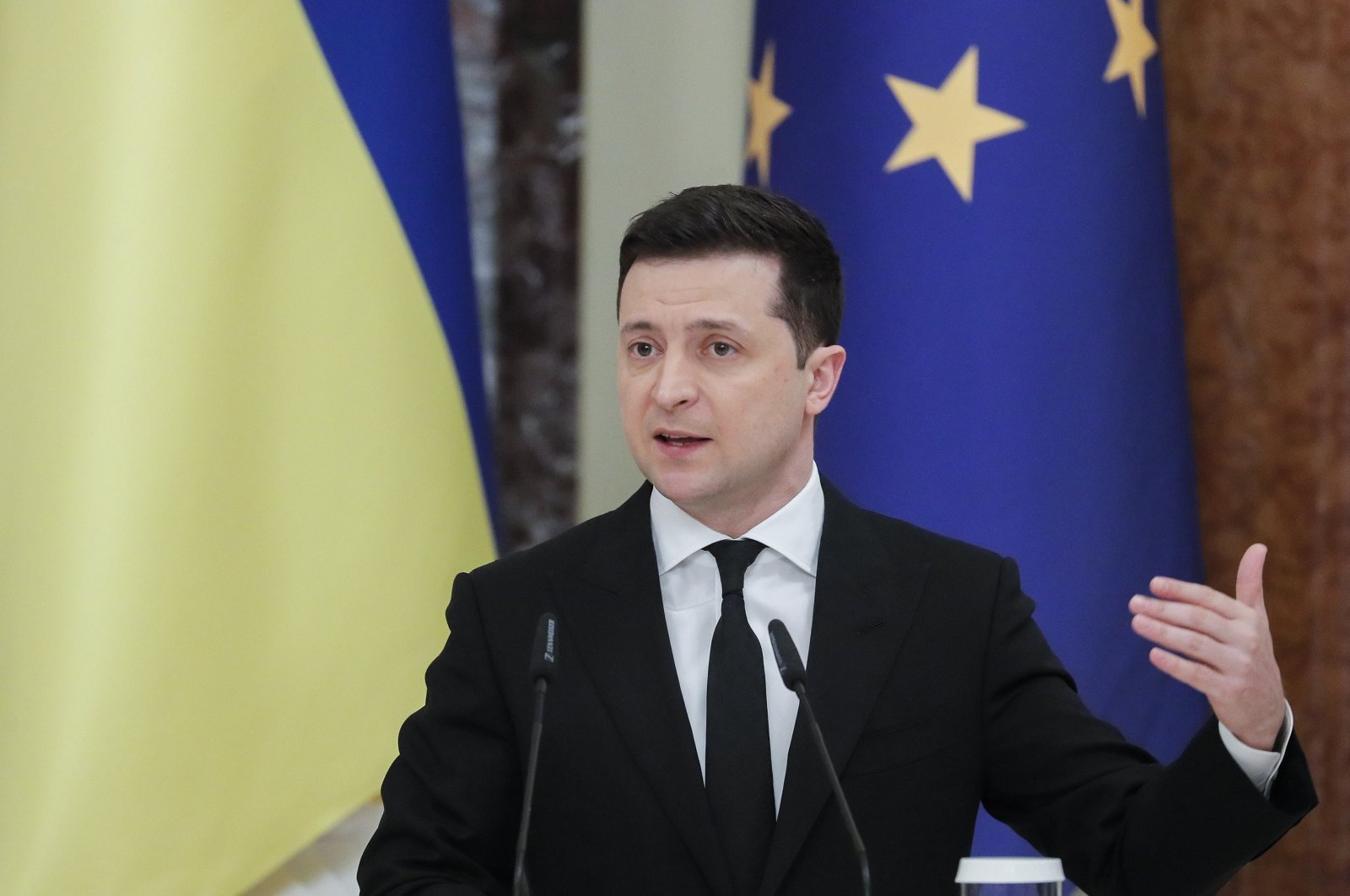 Ukrainian President Volodymyr Zelenskyy said Wednesday Russia has pulled out only 11,000 out of 105,000 border troops after mounting pressure from the international community.

Briefing Canadian Prime Minister Justin Trudeau on the security situation in the east and near Ukraine during talks over the phone, Zelenskyy said only part of the Russian troops and heavy weapons have been withdrawn from Ukraine's border.

"Russia has almost not withdrawn its troops. Out of 105,000 Russian servicemen, only 11,000 went back,” Zelenskyy said, stressing the importance of maintaining international pressure on Russia.

The two leaders also discussed ways to support Ukraine's efforts toward NATO membership and coordination of efforts between Ukraine and Canada in the case of the downing of the PS752 flight by Iran.

In April Russia said it had sent tens of thousands of troops to the country's south, west and to Crimea, which Moscow annexed from Ukraine in 2014, for a series of military drills. It also ramped up military exercises in the Black Sea earlier this week, with more than 20 Russian warships participating in joint drills with air force fighter jets. Western officials said around 100,000 Russian soldiers had been deployed for the exercises, which Shoigu had said were in response to "threatening" NATO actions.

Kyiv has been battling pro-Russian separatists in the eastern Donetsk and Lugansk regions since 2014, following Moscow's annexation of the Crimean peninsula, with the conflict claiming 13,000 lives. Fighting subsided as a new cease-fire agreement took hold last July, but clashes, mainly involving artillery, mortar and sniper fire, picked up again since the start of 2021, with both sides blaming each other for the flare-up.

At least 31 Ukrainian soldiers have been killed since the start of the year, compared to 50 in all of 2020, while the separatists say 22 of their fighters have died.